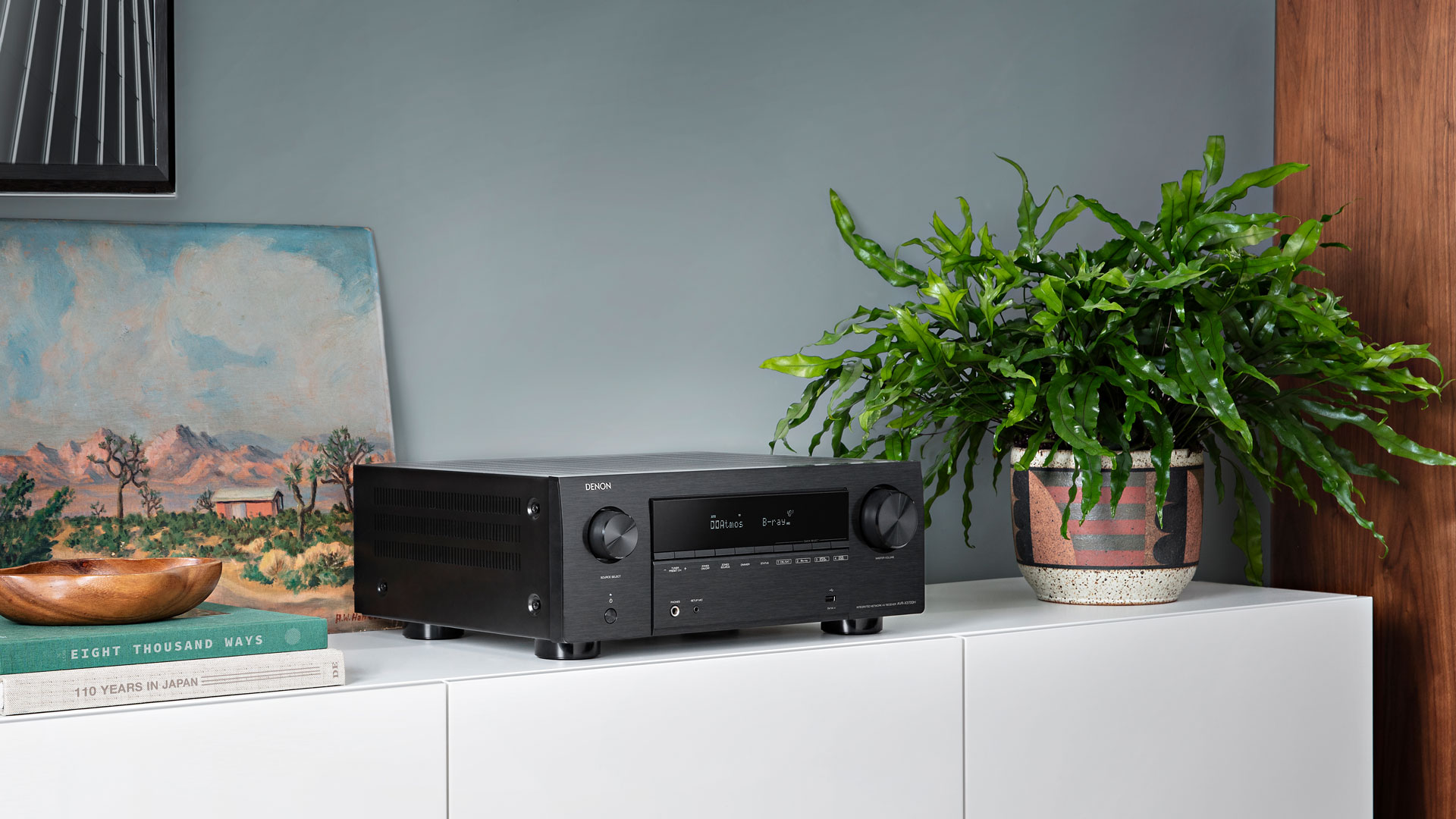 With the new X series, Denon announced the first ever 8k-capable AV receivers.

The series consists of four different receivers, all equipped with 8k pass-through and upscaling, 2 subwoofer outputs, phono input and HEOS streaming. With Audyssey, the frequency response can be adjusted to the room acoustics. They all understand the surround standards Dolby Atmos and DTS:X, among others. Digital audio signals are handled by a D/A converter that processes ALAC, FLAC and WAV at up to 24 bit/192 kHz as well as DSD 2.8 MHz and 5.6 MHz. The X-Series has also been Roon Tested and the new Bluetooth transmitter allows easy connection of wireless headphones.

From the smallest of the series, the AVR-X2700H, there is an additional "DAB" version available for a a surcharge of 30 Euros. Both deliver around 150 watts to seven amplifier channels and have six HDMI inputs and two HDMI outputs. Preamplifier outputs for the individual channels are missing.

The two medium models AVC-X3700H and AVC-X4700H each have nine integrated amplifier channels and additional pre-amplifier outputs for front, center, surround and surround back and for two height channels. For an additional 500 Euros, the AVC-X4700H offers 20 watts more output power, Auro 3D and an additional HDMI input. 3 HDMI outputs are available on both units.

The flagship AVC-X6700H has yet two more amplifier channels, making it a total of 11, and another pair pre-amplifier outputs for an additional height channel. The 6700 is also the only one with gold-plated connectors and DTS:X Pro, which allows processing of up to 13 channels.

Prices and Availability: (for Germany)