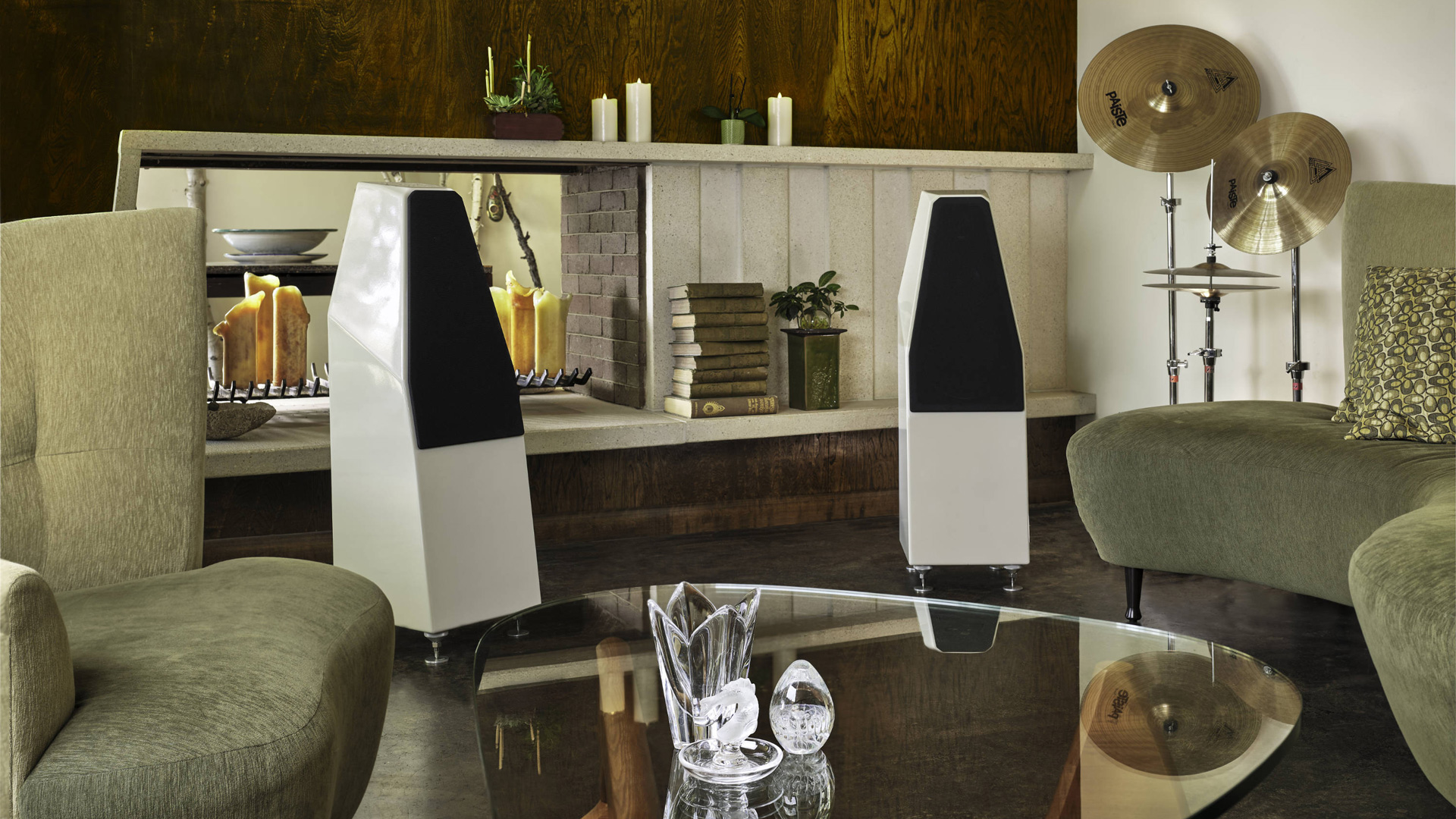 Wilson Audio has given the Sabrina a major overhaul, presenting the SabrinaX, the latest version of Wilson´s smallest floorstanding loudspeaker.

Immediately following the completion of the Chronosonic XVX project – Wilson Audio's most ambitious and complex loudspeaker development to date – Daryl Wilson and his team turned their attention to Wilson's smallest floorstanding loudspeaker. The SabrinaX is a fundamental redesign of the Sabrina. Just like the original Sabrina, the new X-version is intended to be a successful combination of traditional Wilson trademarks such as bass authority, dynamic resolution, beauty and integrity of the midrange, all combined with a sense of musical "correctness". Wilson's goal was to create a loudspeaker that could prevail against significantly larger speaker systems and, like its great idol Chronosonic XVX, provide the dynamic contrast and harmonic expression typical of Wilson Audio.

X-Material has long been a cornerstone of Wilson's composite technology. Its third generation is also described by the manufacturer as unbeatable in terms of rigidity, inertness, intrinsic damping and extreme hardness. The original Sabrina used X-Material only in the baffle and base plate. The outer enclosure of the SabrinaX is now completely made out of X-Material. With additional bracing, SabrinaX comes significantly closer to the ideal that Wilson has tirelessly pursued for decades. According to the manufacturer, the music emerges from a blacker background, bass transients and overall clarity are significantly improved and listeners experience a superior "silence between the notes", which is said to improve rhythmic timing and tempo, among other things. The new cabinet of the SabrinaX is designed to further improve all of the above sound characteristics by further reducing cabinet resonances. As with all modern Wilson loudspeakers, the engineers used laser vibrometry to determine the optimal cabinet geometry.

Similar to the XVX midrange modules, a new low-turbulence vent replaces the aluminum unit used in the older model. The vent is milled directly into the X-material enclosure. The internal strength of the X-Material allows complex valve shapes to be used to improve flow, aiming to improve musicality and overall sonic presentation in the midrange.

Tweeter from the XVX

The tweeter chosen for SabrinaX is the Convergent Synergy MK5, which Daryl and his team originally developed for the limited edition WAMM Master Chronosonic. Later, the MK5 became an integral part of the Chronosonic XVX design. The Wilson tweeter is designed to combine ultra-low distortion, exquisite micro and macro contrast and ultra-high resolution, all of which, according to the manufacturer, are accompanied by a sense of ease, accessibility and superior musicality.

The 14.6cm midrange driver is remarkably smooth over its entire bandwidth (which extends linearly up to 2kHz, facilitating the transition to the tweeter). The manufacturer describes honesty, resolution and beauty in the midrange as the most important characteristics of all Wilson loudspeakers, which the midrange driver of the SabrinaX is also supposed to bring. The crossover points allow the driver to work optimally in the "sweet spot" of its range.

The new 20.3cm woofer, originally designed and developed for the Sasha DAW bass module, has now also found its place in the SabrinaX. This state-of-the-art driver is built into an all-new, exceptionally rigid bass enclosure that provides the perfect platform for the driver's inherent superior dynamic resolution and transient performance, according to the manufacturer. Together, these elements are designed to contribute to a rich yet ultra-fast midrange, which in turn is supported by a authoritative bass foundation.

Unlike the plastic parts found in many high-end speakers as ports, Wilson Audio manufactures this crucial element from a solid block of 6061-T6 aluminum. Over the years, port shapes have been refined further and further for better performance. In the SabrinaX, a new geometry is designed to effectively reduce the already low port noise of its predecessors.

The new model uses the same port terminal as the XVX, designed and manufactured by Wilson. The nuts are easier to tighten by hand and of course also have a banana-plug option. This unique Wilson audio speaker connector is designed to raise the bar for reliability and sonic integrity in high current connections.

The SabrinaX uses the same spike/base plate assembly as the Chronosonic XVX, which increases mechanical impedance and improves the "dissipation" of vibrations. The larger base plate is also intended to have optical advantages.

The first Wilson loudspeaker to benefit from Wilson's recent acquisition of capacitor manufacturer AudioCapX into its Provo, Utah factory was the Chronosonic XVX. Led by engineer Vern Credille, the design team developed a proprietary multi-winding capacitor specifically for the XVX, named AudioCapX-WA by the engineers. The team took a similar approach with Wilson's smallest floorstanding loudspeaker. Vern designed a custom version of the Wilson AudioCapX specifically for the SabrinaX crossover. The new capacitor technology was designed to significantly improve the sound and provide the listener with more detail and resolution.

As with all Wilson loudspeakers, the crossover of the SabrinaX is painstakingly handcrafted by Wilson craftsmen. Wilson is renowned in the industry for the quality of their crossover design and extremely tight manufacturing tolerances.

In Germany, the SabrinaX are offered at a pair price of 24,000 Euros.