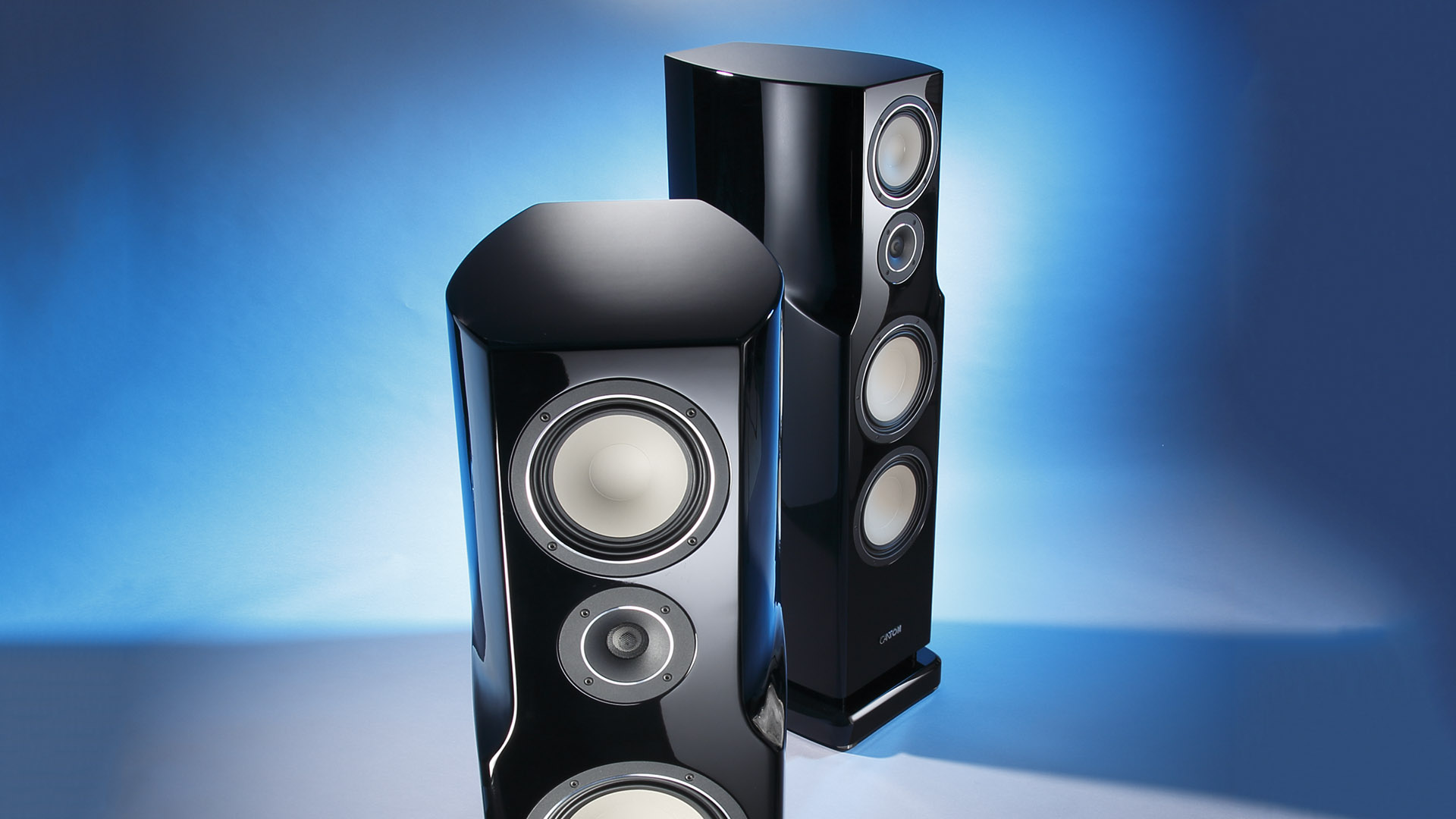 Float like a Butterfly – that is the first part of a famous quote by Muhammad Ali, formerly known as Cassius Clay. The quite voluminous Canton Reference 3K floorstanding speaker displayed this characteristic effortlessly in our test. Whether it understood the second part of the quote just as well, you will find out in the following text.

The Reference 3K weighs in at a good 56 kilograms – in boxing, that would put it in the welterweight class. It also wants to "sting like a bee", as Ali‘s quote continues. Preferably right into the heart of music lovers.

But before it can attempt to do just that, it is important to transport its weight from A to B – possibly even over stairs, to a spatially higher level –, and at best not alone.

The developers from the Taunus region in Hesse, Germany, have already put quite an effort into the housing of the drivers and crossover. The walls – featuring an additional separation between the woofer and midrange/tweeter sections and made of several layers of special fiberboard, with numerous struts inside – are up to five centimeters thick and aim to make life difficult, if not impossible, for vibrations.

Even the shape of the cabinet is by no means random or the result of a whim of a designer, as it improves the even and wide radiation of sound over all frequencies and contributes to the linearization of the frequency response. In addition, the speaker is coated with a very elaborate paint finish that shows no hints of unevenness, but is characterized by a surface as smooth as a mirror. This quality of workmanship would even be appreciated at three times the price.

Before we take a closer look at the inner workings of the second-largest model in the Reference K series, we cast a glance at the massive base plate, completed by height-adjustable damping feet, as well as the rear: the flow-optimized base not only serves to increase decoupling from the floor, it also creates a precisely defined distance between the opening of the bass reflex tube and the reflection surface.

If your room does make the speakers exaggerate the lower midrange between 100 and 300 Hertz, this sound spectrum can be lowered by 1.5 decibels using a jumper switch on the back. If you prefer it a bit more full-bodied, it can also be boosted by 1.5 dB, just like the high-frequency range between ten and 20 kilohertz. In our listening tests, this jumper remained at the neutral position for the highs and with the slight lowering in the frequency range below.

The drivers used are exclusively Canton‘s own. For the midrange and woofer membranes, ceramic and tungsten are mixed to form a unit that is as light as it is stiff. They are also given an environment that has been refined down to the smallest detail by means of Klippel and other computer programs. In this process, each component of a driver is examined intensively in its characteristics and effects on the spring-mass system. Whether magnetic drive, voice coil, voice coil former, spider, basket, surround, shaping, material thickness and whatver else might be useful and necessary for a functioning speaker, everything was tested.

The tweeter, whose dome membrane is made of a mixture of aluminum oxide and ceramic and which performs both quite broadband and with low distortion, also goes through the same procedure. Of course, the carrier plate on which the tweeter is mounted and installed in the cabinet also plays a role that should not be underestimated.

When assembling the individual components of each driver, particularly high care and precision is required in order to consistently maintain the specified parameters that are set for this series. It would be too bad if all the clever ideas of the developers would be nullified by deficiencies in the process of manufacturing...

Many drivers of old speakers often have more or less major problems with their surrounds and membranes – the specifically shaped surrounds of the 3K, with their special rubber, do not know these problems. Each component is checked twice: before being installed and finally again in the finished speaker.

Chief developer Frank Göbl put particularl attention towards putting the midrange driver, which holds intrinsic importance for the reproduction of voices, and the tweeter into a rather intimate synergy in the spatial and electrical sense.

The front for the midrange driver and the tweeter virtually snuggles itself right around the respective drivers. The crossover, additionally, is set up in such a way that an ideal point source is achieved without the disadvantages of a coaxial driver, as Göbl assures us.

High-quality components, some of them specially manufactured for Canton, are used in the crossover, which is separate for each respective driver. The quality of the components thereby complements the filter technology – which here does without impedance equalization – and vice versa. The crossover is often seen merely as source and solution for the problems of drivers, cabinet and their interaction. In the Canton headquarters in Weilrod, Hesse, on the other hand, it is considered an essential part of the overall construction. It is installed on rubber dampers to protect against vibration and supplemented with high-quality cables connecting the crossover to the drivers. But how does all this careful designing transfer into practice? How does the crown prince of the Reference K series perform? In short: simply impressive. The 3K embodies all the virtues that one associates with the manufacturer, but in addition surprises with some qualities that one would have rather expected from one of the "typical" high-end brands.

Those who know and appreciate Canton are aware of the fact that the speakers carrying this name have a lot to offer in terms of fine and coarse dynamics. The Germans are also known for a very solid bass foundation. Fine details and resolutions are also attributes that many music lovers associate with the brand.

When listening to Bruce Springsteen‘s "Letter To You", the 3K conveys the now 71-year-old‘s still tremendous and unbroken energy and joy of playing. Since the recording has pleasingly nice dynamics and the good production value tempts us to move towards higher volumes, we made sure that the amplifiers we used had to flex all their muscles. The sound pressure we measured was between 90 and 100 decibels at the loudest parts. This is a level that should not be employed permanently, but is really enjoyable every now and then if the system sounds smooth and clean. Which undoubtedly was the case here. The speaker remained calm, didn‘t miss a beat, didn‘t rumble in the bass, didn‘t hiss in the highs and impressed us in other, previously unsuspected, areas. The voice reproduction was corporeal and full-bodied, its accuracy of reproduction of an exemplary quality. The sound was set completely free in the room, the – not exactly small – speakers were virtually impossible to locate with closed eyes. Even when Sting played the ballad "Mack The Knife", which can be found on the album "Lost In The Stars", the Reference 3K displayed one of its many convincing qualitites and satisfied us with an honest performance that precisely reproduced the character of Sting‘s voice.

In general, this Canton speaker seems to have been provided with plenty of convincing qualities by its developers. Not in the sense that it tries to sweet-talk us, but moreso in a way that makes it almost impossible to discover anything negative among all the positives.

universal talent. A wide variety of speakers often deals with good pop and rock music somewhere between pretty neat and really good; but they often encounter more difficulties with music that sounds more natural. The album "Express Yourself" with Stan Getz and Charlie Byrd is a fine example of this. The way these two great musicians, Getz on saxophone, Byrd on guitar, harmonize and complement each other is a very extraordinary experience. If this harmony is then also perceptible in the reproduction; if the two artists, spatially clearly separated from each other, play together and proportions become comprehensible; if the column of air coming out of the saxophone becomes visible before the mind‘s eye; then you could be quite certian of the fact that your musical reproduction setup plays on a very high level.

If nothing is smeared and all instruments retain their natural size regardless of pitch, even when listening to a large orchestra as featured in Tchaikovsky‘s Symphony No. 5, a loudspeaker has finally passed its "final exam" and its developers can be proud of the work they have done. Thus, the Reference 3K stings the music lover like a bee – right in the heart.

Mighty floorstanding speaker, which can also sound gentle and graceful, if need be. First-class workmanship and tuning that make it suitable for all types of music. 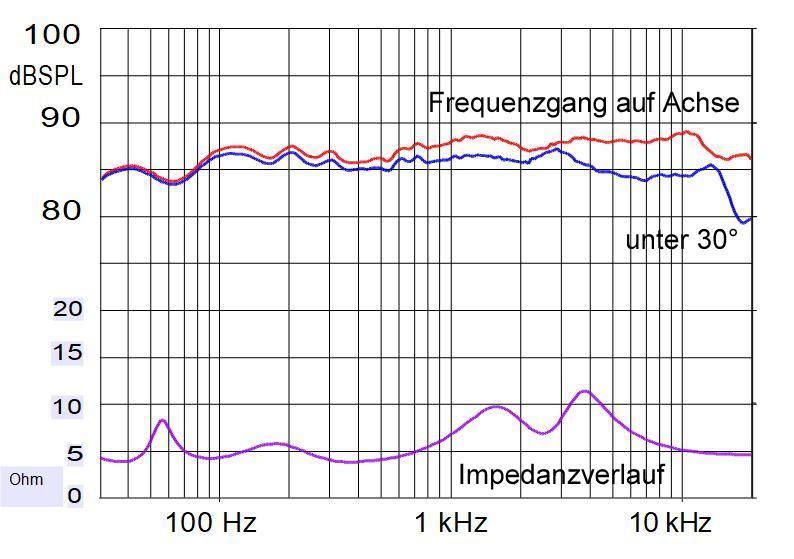 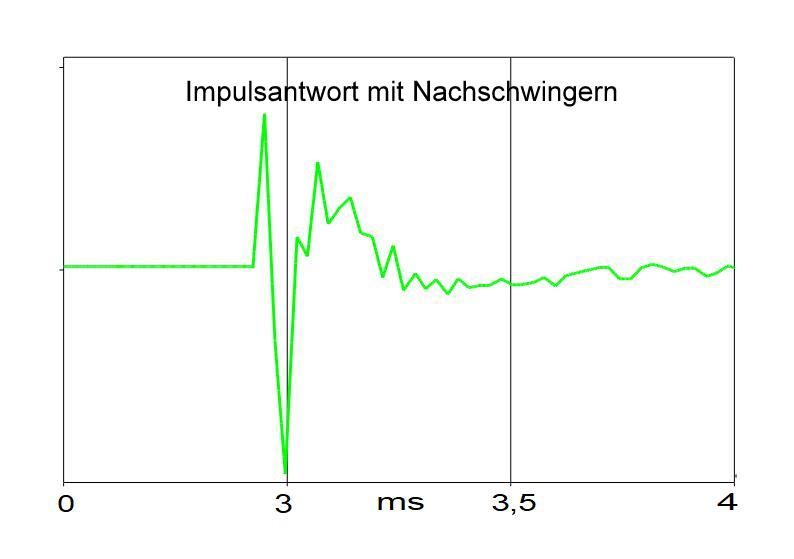 When an orchestra does exactly what the conductor expects of it, in an almost anticipatory obedience, one can speak of a musical stroke of luck. This one also sounds really good! 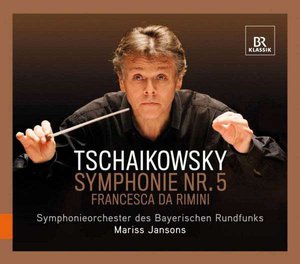