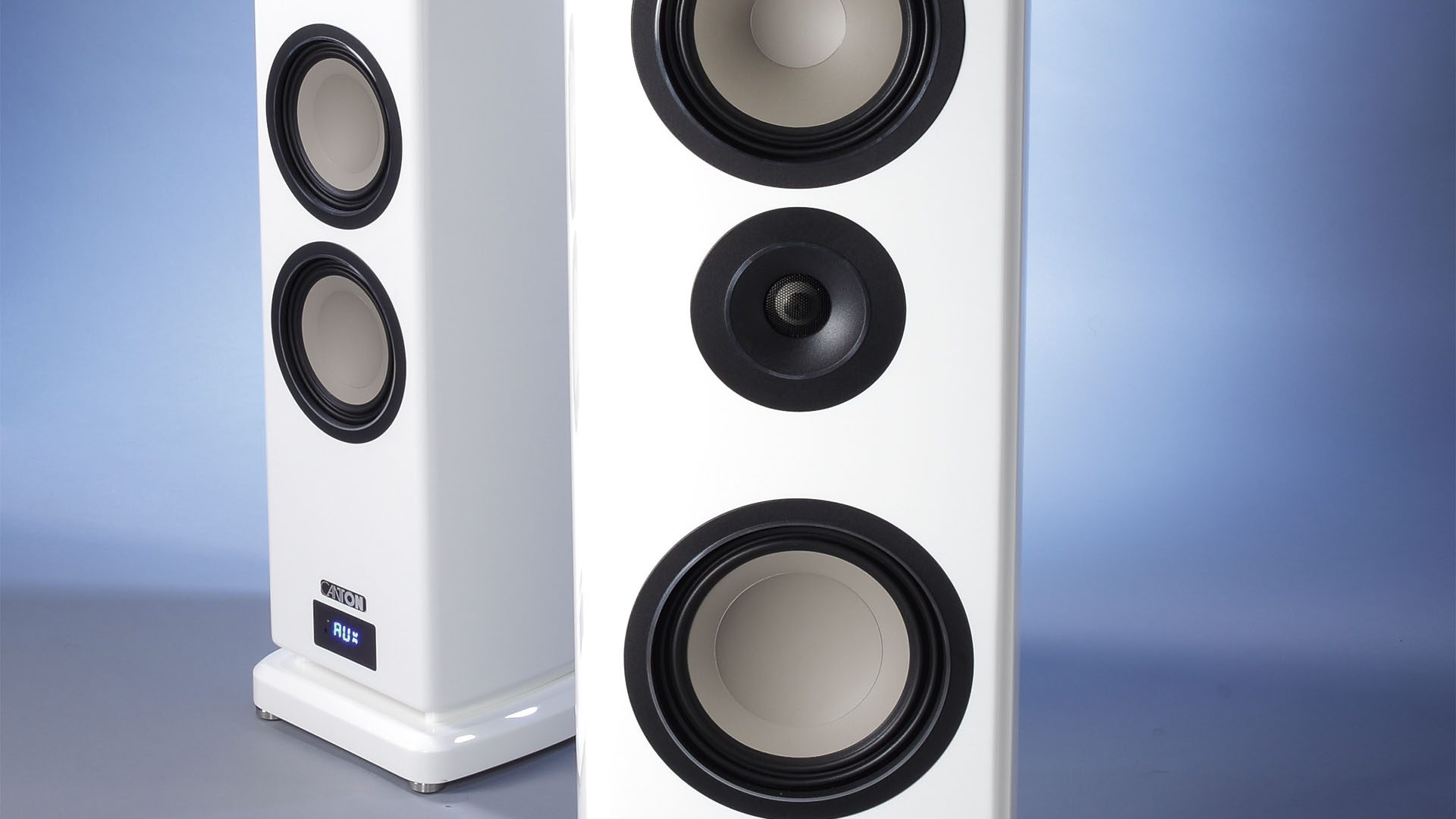 Activated "Reference" – Canton has transferred the successful wireless smart technology from the Vento series to the flagship models of the Reference series. The 5K for 8,200 Euros is the first one to get "activated".

It is arguably a big advantage, if you can draw on a vast range of different models and technologies in the process of activating one of your series – like the loudspeaker giant Canton. To upgrade the Smart Vento 9 to the 8,200 Euro reference league, they didn't even need to carefully search through their parts shelves. After all, with the Reference 5K they already had a perfectly fitting passive basis.

The display and the identical amplifier/DSP module of the Vento series, which includes wireless signal transmission, Bluetooth and various connections for sources, were installed in the front and back of the Reference. Since it was possible to adjust the impedances to the Class D amplifiers for optimum frequency response, all drivers were set to 3.6 Ohm. The amplifier module is capable of delivering a total of up to 600 Watts for short periods of time, the continuous output is around 300 - 400 Watts. It is a four-channel Class D high-power output stage with low negative feedback. Therefore each driver of the ported three-way speaker design could be assigned its own amplifier. All options for the equalization are accessed directly at the power amplifier.

Head of development Frank Goebl indicated the maximum level of the Smart Reference to be around 107/108 dB – we stopped our approximation at about 109 dB. In the high excursion low bass Canton has sensibly limited the loudspeaker discreetly. In fact even twice: when a certain current threshold is reached, the voltage/volume is temporarily lowered and in addition a special soft clipping circuit takes effect to completely eliminate any danger of clipping and thus distortions. Nevertheless, thanks to the two 20 mm aluminum-ceramic tungsten bass drivers, the Canton can take up an enormous amount of space and fill larger rooms with ease and power. The low-mid range is handled by an 18-mm driver made of the same material, and all cone drivers are equipped with special wave surrounds. The high frequencies are handled by a 25 mm aluminum oxide dome, i.e. a diaphragm made of ceramicised aluminium.

Technically the Smart Reference 5K is also very closely related to the Smart Vento 9 and Smart Vento 3. This applies to the entire, outstanding active and DSP technology, which is (almost) identical to its predecessors. However, we were also immediately able to discover an improvement: now, instead of using abbreviations such as "SYS" on the large display, which forces you to frequently search for the operating instructions to decode what is currently being displayed, the firmware has now been changed so that a running text explains where you are in the menu – in this case "SYS" stands for "System".

It's good to know that the development doesn't just end, but that the product is continuosly being further optimized for the customer. Canton undoubtedly offers one of the most comprehensive possibilities in the smart sector at present, which, in contrast to the majority of the competition, even implements the latest surround technologies and formats. Nevertheless, the wealth of functions and possibilities also means a certain complexity. One almost wishes for something like a "beginner's mode" for the most important basic settings, maybe somewhat like the "green rectangle" of SLR cameras.

As standard, the smart Canton is a two channel active loudspeaker system, which works either wired (analog to one or both speakers!) or also completely wireless. An expansion to 5.1 is planned and can be easily implemented without an additional device (hub). If you purchase the hub, which Canton calls "Smart Connect" and which is, in fact, rather an A/V processor equipped with a chromecast streamer, you have an extraordinarily powerful as well as flexible system at your hands, which allows multiroom and even Dolby Atmos. There is also a version of the Smart Connect which already has power amplifiers included that is called Smart Amp 5.1.

Also the surround virtualizer for stereo operation is even more powerful and convincing if used in conjunction with the hub than with the speakers alone. Manufacturers spedialized in A/V receivers will probably not be to happy about this unexpected and unexpectedly strong competition.

In terms of sound, the Smart Reference was appealing because of its homogeneous and "full" character, which was able to combine a harmonious tuning that carefully considered both the overall context and fine details with spectacular dynamics and thrust. The even better drivers let the Reference 5K outperform its Vento sisters – as expected. For example, in Roger Waters' "Amused To Death" the Reference 5K seemed a little bit rounding and pleasing rather than impulsive, which we attribute to the amp module as this isn't quite typical for Canton.

However, that is exactly what makes even less optimal music bearable and thus contributes to long-term suitability and everyday listening. This Canton is both high-tech and high-end at the same time: it impresses with its enormous universality as well as its uniquely, possibly even unrivalled comprehensive possibilities in the A/V field and is suitable for any kind of music without restriction.

It also has some clear advantages in the two optional devices Smart Connect and Smart Amp 5.1, that we find incredibly affordable for what they have to offer. Something comparable, that is equipped with the latest A/V chips, is not (yet) offered by the competition. Therefore, we strongly recommend home cinema fans and those who want to become one, but also music lovers, to take a closer look and listen at the Canton Smart Reference 5K!

Canton's first smart active speaker of the Reference series is appealing because of its almost unrivalled features and a smooth, all-round sound image. It is equally optimised for stereo and multi-channel. Smart Connect/Smart Amp are optional upgrades to further enhance the home cinema/multiroom capabilities. 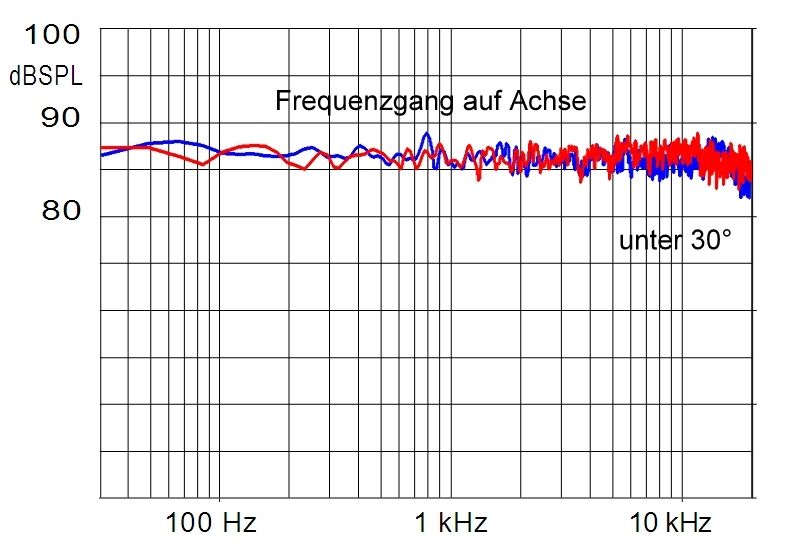 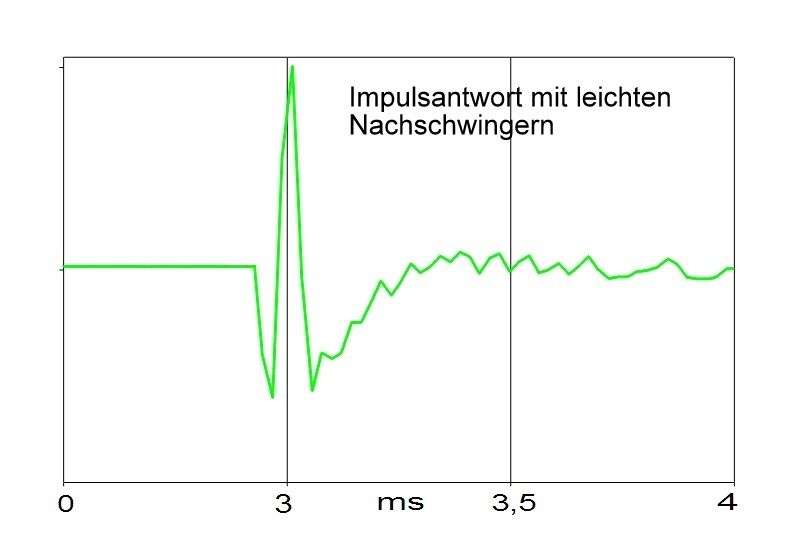 On axis as well as meaured at an angle, the frequency response appeares balanced with high level reserves (109 dB). Since the DSP causes latency, we had to measure with noise signals. Virtually distortion-free.

Per speaker: one analogue mono in (XLR), one stereo in (Cinch), 2 x S/PDIF (optical, electrical), S/PDIF out; only on master: Bluetooth, USB audio for signals up to 24/192; speaker setup, various sound modes, three-band EQ, remote control