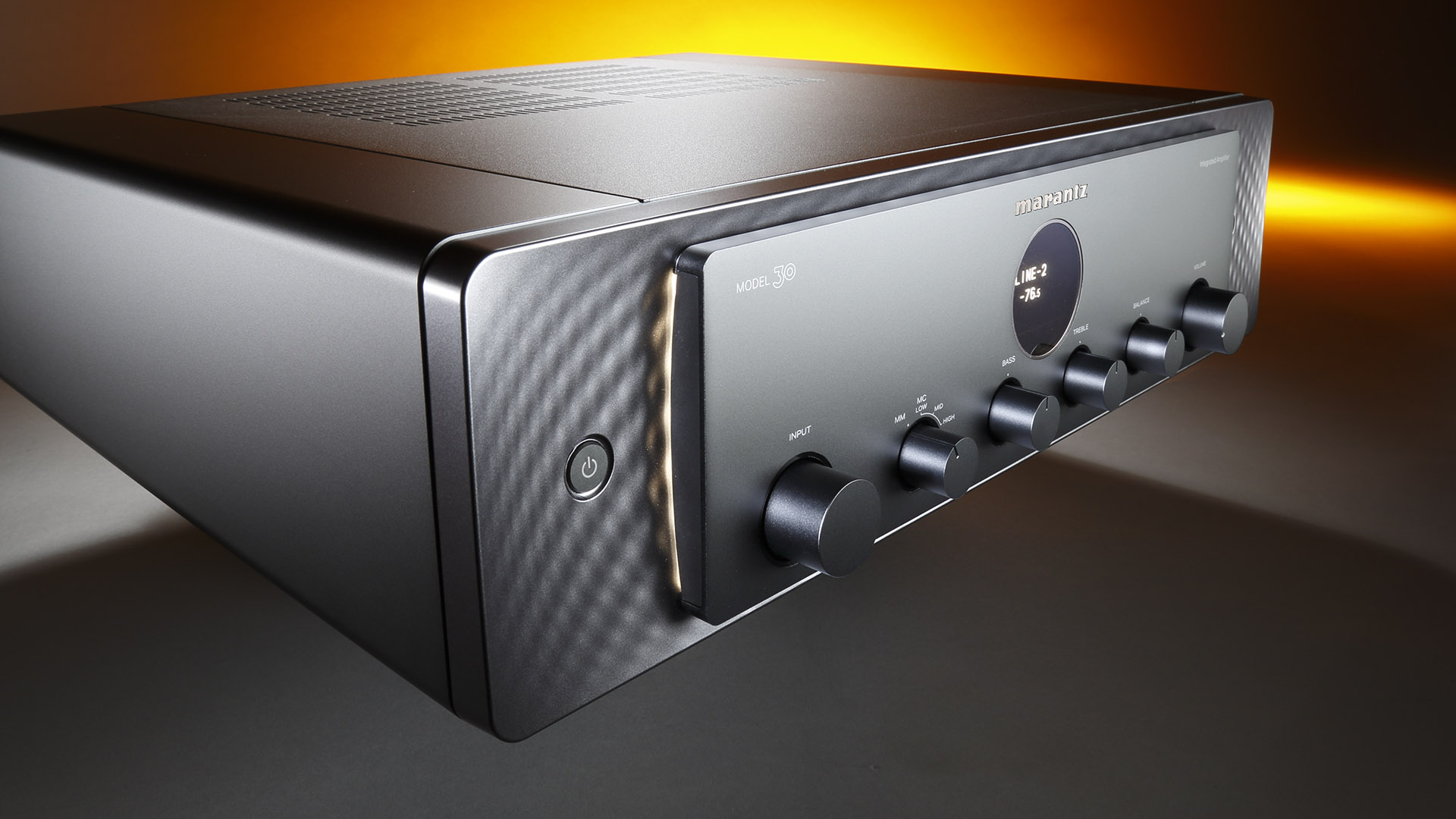 Marantz DNA – "Luxury You Can Afford" is what Joe Cocker called one of his albums. One might think that this legend of music from Sheffield, England, might have been referring to the new Marantz integrated amplifier, if he would still be around to have witnessed it. This device is supposed to herald nothing less than a new era for Marantz – and it certainly is equipped for the task.

The slogan "Modern Musical Luxury" is supposed to replace the previous motto "Music Matters" and is accompanied by a change of design that seems quite severe. You could immediately start an argument about every detail of the accompanying advertising and design – or you could give the new generation of devices, which was created under the parent company Sound United, an honest chance and look at the whole thing with calmness and composure from up close.

We first positioned the "Model 30" – that's the integrated amplifier's name, by the way – on a table, examined it from all sides, looked at the first photos and interior shots, and tested the haptic feel. We set it to the correct phase, let it play in, checked it in our lab and listened to it extensively. You can always judge quickly, but you shouldn't do that. Especially from a competent magazine with a long tradition like STEREO, one should and can expect a serious and careful examination of a product in a test from the very beginning.

You know what? Judging by the way it stands there on our piece of furniture, I already took quite a liking towards it. The amp also appears very admirable from behind, which could stem from the speaker terminals – Marantz´ own design which was used for the first time in the "10" flagship series – in addition to the accurate layout of the connection field. The "30" series appears noble, modern and classic at the same time – but not prohibitively so, here meaning not unaffordable. The haptic quality is not exaggerated, it had to remain within the bounds of possibility. Marantz also decided to return to the former naming convention of "Model" with this series and to transfer it into a contemporary context. We will see what is meant by "Modern", "Musical" and "Luxury".

Thus, it passed the first visual inspection with flying colors – and I already liked the "old" design extraordinarily, which makes staying neutral notoriously difficult. The front panel of the "Model 30" shimmers in a "carbon" kind of style, which is en vogue for racing cars, for example, but also for luxury goods of all kinds. The control panel, which is set off like a kind of bay window, is backlit. The otherwise timeless, symmetrical and modestly simple design is pure understatement and produces an unobtrusive, self-evident eye-catcher in the living room, whether in black or silver.

The corresponding CD/SACD network player SACD 30n looks the same, of course. What could be missing on the amplifier? The level control being considerably bigger perhaps. Placed in the center, it wouldn't even have disturbed the intended symmetry – but possibly the sense of understatement, the feeling of subtle luxury. It would also have been reminiscent of other brands. No, the design is actually very well done, especially since the "porthole" screen provides the link to Marantz milestones of the older as well as more recent past. Although the design is so different, you can immediately see that it is a Marantz device – kudos to the designers for this successful act.

Both the integrated amplifier and the CD player, which is equipped with the unique and Marantz-exclusive "Marantz Musical Mastering", supposed to play HD tracks from DVD in addition to CD and SACD, cost 3000 Euros. To achieve this, the signal routing was deliberately limited to being unbalanced. Symmetrical circuits have theoretical advantages in terms of signal-to-noise ratio, but they also require twice the number of components and often seem not necessary in hi-fi systems with cable lengths in the range of a few meters, in comparison to professional technology.

In a press conference, Oliver Kriete of Marantz Europe only smiled as a reply to the question about the power output of the amplifier – after all, around 15 kilograms heavy – and said, in the spirit of Rolls-Royce: "sufficient". That is quite true, because the amplifier should have a strong enough "motor" for almost all tasks. Whereas up until now this usually meant that you had a Class AB amplifier in front of you, this new model now has a considerably more energy-efficient Class D power amplifier stage. Marantz didn't make this decision easily and thankfully doesn't claim that Class D produces a superior sound per se. The experiences with the Hypex amplifier modules in the Series' 10 and 12, however, were of such resounding success that they wanted to use them in the "Series 30" as well – and we were promised that no compromises have been made in terms of sound quality.

With this technology, Class D is supposed to be on a par with what one could expect from Marantz in the recent past. The largest weakness of the Class D technology, that the impedance is dependent on the frequency response, was completely eliminated with the Hypex-500 modules – in contrast to the largest Marantz models, one per channel is used here. These are modified by Marantz and accompanied by the newest, discrete and negative feedback-free HDAM components in the pre/driver stage. Whether open, or at 8, 4 or 2 ohms, the frequency response is linear and broadband, dropping gently only when going towards 100 kHz. The amplifier module also has excellent transfer data (noise, distortion, damping factor) and considerable impulse reserves. In fact, the measured output power is over 170 watts at 8 and 280 watts at 4 ohms per channel, the impulse power even reaches 330 watts! Calling it "sufficient" is really understated. Concerning the PSU, Marantz relies on a combination of a potent switching power supply for the power amp and an encapsulated toroidal transformer, or linear power supply, for the preamp. We'll get to the sound later.

The Marantz engineers around veteran Rainer Finck also gave the "Model 30" a phono preamp that should be able to explicitly take on separate phono pres. The input stage with JFET is a solid piece of work by the developers, the following HDAMs on the other hand are a pure representation of the DNA of Marantz. The DC-coupled phono pre also allows, in addition to the usual operation of MM cartridges in the three stages Low 33/Mid 100/High 390 ohms, the fine adjustment to MC cartridges of different output impedances. Preamplifier outputs facilitate the connection of subwoofers or bi-amping, and the direct input to the power amplifier does the same for operation in home theaters, for example. A very good headphone amplifier is also included, as is a tone control.

The power supplies of the preamplifier and the two power amplifier units positioned directly at the speaker outputs are completely separate. Marantz even speaks of two separate products in one housing – along with the advantage of making the signal paths as short as possible. In fact, the length of the signal path from the amplifier output to the loudspeaker connection is said to be only 10 mm and allows an amplification factor of 1300. Well, our lab test actually gave us >1000! Thus, the new generation of Marantz delivers superlatives en masse. Marantz' confidence in their own engineering is also big enough that the warranty period was immediately expanded to a full five years.

In the listening room, both in our regular office and in my home office, the Marantz shone with the expected strengths: a sense of playfulness, flow and musical creaminess, which is always accompanied by a sort of "inner harmony". The latter is literally true for every Marantz product I know, regardless of the decade it comes from, and it results in one being never annoyed when listening to this amp for a long time. Fine spirit, color, details, a spacious, multi-faceted stage with swing, while also providing steep pressure down to the lowest registers, that is all delivered by this amp (on top of the previous points), so that boredom should never arise, not even for a second. When listening to the obligatory song "TriCycle" (from our STEREO listening test CD 3) nothing can keep you sitting still, even considering that the violent impulses do not bring any upheaval to the amp itself at all.

Whether the facets of Joe Cocker's strong and gritty voice or the completely different, crystal clear timbre of Cara Dillon, the Marantz Model 30 works out filigree details and even background textures cleanly and places the protagonists vividly, staggered and as if anchored between the speakers. The performance is relaxed and very natural, far from any stress or nervousness, but also devoid of any hyperactivity. Artificial dissolution by thinning – absent. This amplifier has esprit, elegance and power, which definitely makes it a true Marantz. An absolutely great, contemporary integrated amp with the unmistakable Marantz DNA! The generational change has succeeded – undoubtedly.

The Marantz Model 30 integrated amplifier is an eye-catcher that delivers both in terms of technology and sound! Excellently equipped with Phono-MM/-MC, exceptionally strong and with the typical smooth tuning, it clearly shows what the future holds for the traditional brand. STEREO is thrilled! 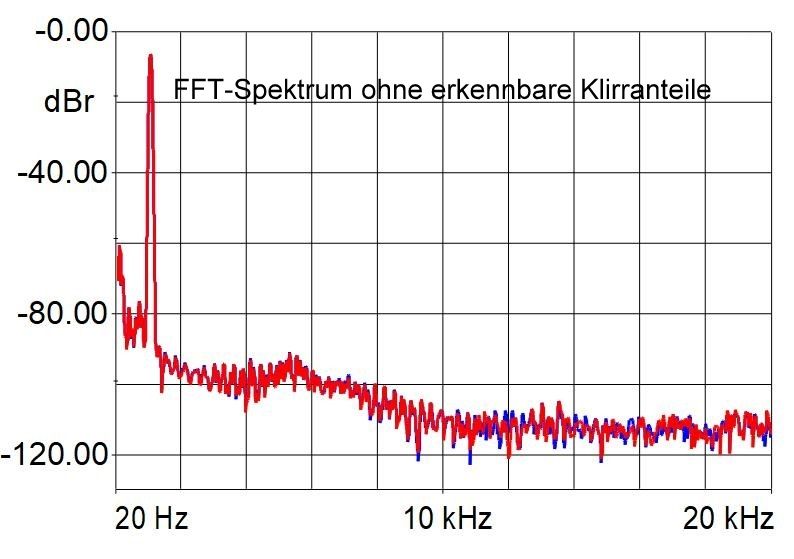 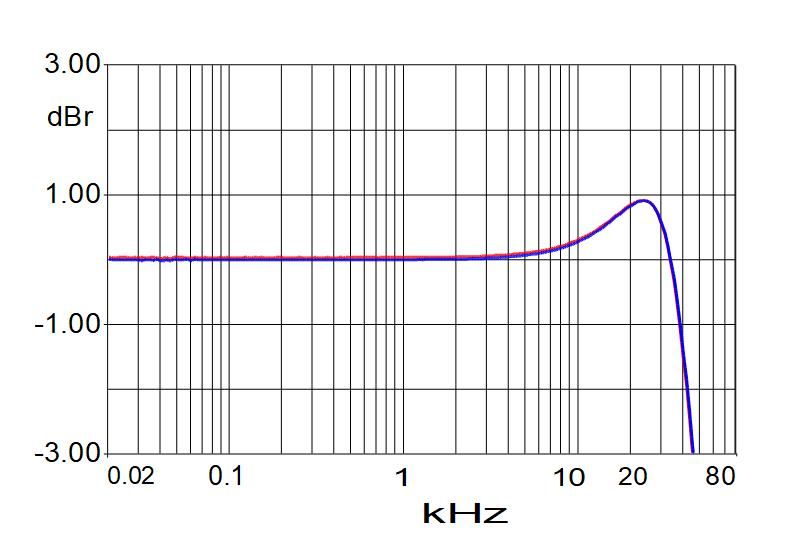 Joe Cocker: Luxury You Can Afford

One of the best-known albums of the man with the gritty voice, whose motto fits the Marantz perfectly: Luxury that you can (just) afford. 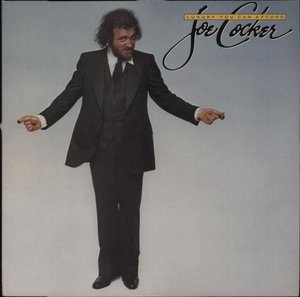