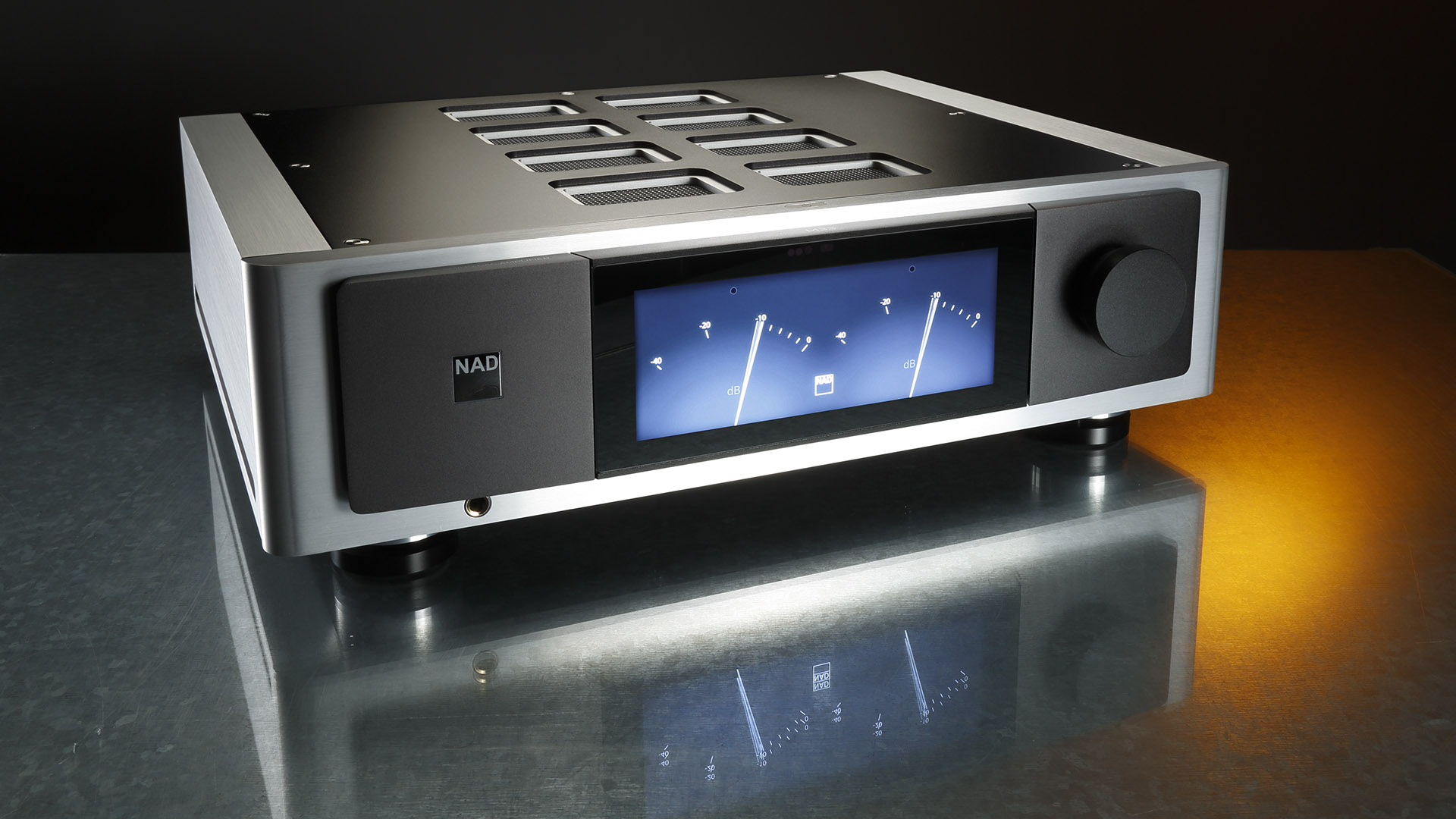 All Digital, of Course – With the M33, NAD is making the definite step from a classic integrated amplifier towards an ultra-modern and complex all-rounder that can amplify, convert and correct the weaknesses a room might have. All of that completely digital.

Its smaller brother, the NAD M10,reviewed by STEREO here, already convinced in all aspects of sound, especially considering the price – and had some pretty unique technologies. Now, the M33, successor to the M32, shows some profound improvements the NAD engineers implemented, who are part of the Canadian Lenbrook Group. The amplifier was supposed to originally celebrate its premiere at this years´ canceled "High End" Audio Show in May. The first positive aspects of this device already come to light when unpacking it, as it seems obvious that some thought was put into apparent trivialities: The entire damping and packaging material is not, as usual, made of polystyrene or similar plastics, but rather of fairly firm papier-mâché, reminiscent of very stable egg cartons. It is shaped in such a way that all the accessories are secured in individual compartments.

Despite some unmistakable similarities in the display, the NAD M33 already looks and feels much more dignified than the smaller M10. This is primarily due to the solid aluminum front panel and the black frame attached to it. By implementing the large, touch-sensitive display, the number of other operating elements was reduced drastically – only the sizable volume control catches the eye. However, we would have liked it to be a little smoother or if it were a latching step switch. At the moment, it is somewhere between smooth and velvety. In the end, though, that is a matter of taste. While we are already complaining: Unfortunately, the display instruments (which can be switched off) do not show the power output, but the input level instead – a peculiarity that probably only few users can identify and appreciate. Of course you can still enjoy looking at the pointers jumping around happily.

If we look at the top of the device, we see that the openings for cooling the components are cut out very precisely. The accuracy of the exactly fitting heavy lid is also excellent. The screws literally fall into the conical cut-outs – that's really good metalwork. There is even more, because it is also worth looking at the underside of the M33: massive cones made of aluminum connect the unit to the ground. However, these are not simply put on the base, but find their place in the supplied, magnetically adhering coasters. We definitely would like to see that more often! Looking only at the front, one could think that the M33 is a typical, sparsely equipped high-end device. A look at the back, however, reveals that the NAD M33 houses quite a wide range of equipment.

To list all the features would be going too far at this point. Some should be mentioned though, such as room calibration, Converter, phono MM input, XLR inputs, two subwoofer outputs, BluOS streaming module, preamplifier output, HDMI, WiFi and two slots for MDC modules, already used previously by NAD, as well as the possibility to switch the amplifier to mono bridge mode – where about 600 watts of power into 8 ohms are available. However, you should be careful not to connect loudspeakers with an impedance lower than 8 Ohms, if you don't want to risk the M33 switching off due to overheating.

Let's now move on to the technical innovations that make the M33 something really special for its creators: In the 80's and 90's a real battle of opinions raged on the subject of "negative feedback". It served many developers to give their creations outstanding values in distortion and intermodulation in lab tests, but very soon had a reputation for making the sound rough, rhythmically stiff and thus ultimately unmusical. Nowadays, some manufacturers have come up with ways for achieving better sound despite, or even thanks to, negative feedback. Two clever minds did a lot of research and calculations until they managed to present a feedback loop with no less than 75 decibels. It not only offers no sound deterioration, but an improvement to the sound.

The circuit with this technology has the graceful name PURIFI Eigentakt, where "PURIFI" stands for the names of these developers, Bruno Putzey and Lars Risbo, the "FI" for Fidelity. Both have gained a first-class reputation worldwide in recent years with their research and improvements for digital amplifiers and loudspeakers. They promise that their circuits reduce distortions, both static and dynamic – i.e. signal-dependent TIM distortions, which were once discovered and combated by the Finnish professor Matti Otala. In addition, they also reduce the very irregular, almost arbitrary hysteresis distortions that occur whenever output filters are used, a phenomenon that has been underestimated in amplifier design until now, according to Putzey and Risbo.

To avoid this, the filter here is a part of the feedback loop. In itself, this is nothing completely new, as this technology is also used in Putzey's nCore Class-D amps. But PURIFI uses the extremely high feedback of 75 dB, which also prevents distortions produced by the output filter itself, by means of complex calculation processes. The PURIFI Eigentakt circuit is able to predict the behavior of the amplifier exactly up to the clipping point. This is intended to minimize errors and extend the dynamic range. As if that wasn't enough, the damping factor was also catapulted into unknown heights for Class D amplifiers – which unfortunately was not quite noticeable with our test setup. Last but not least, they also succeeded in significantly expanding the limited bandwidth typical representatives of this type of amplifier often have. The PURIFI module is manufactured as a dual-mono construction under license by NAD itself.

All analog input signals are transformed into the digital world by an ESS Sabre chip as soon as they arrive. This also applies to the phono section. Possible software updates can be installed later, the two slots for the modules cost around 500 Euro each. Currently already available is an HDMI module with four additional slots, nothing more has been announced so far.

Admittedly, these grand announcements from NAD, garnished with the knowledge of the world-renowned developers of the PURIFI circuit, made us more than curious about how it sounds. So after a proper break-in period of our brand new test model we were ready to start. The first pieces were delivered by the T+A MP 3100 HV, but in the course of the listening sessions various turntables, streamers and a pure CD drive were also used.

It got serious when we listened to Heather Nova's 2019 masterpiece "Pearl" extensively. By the way, the integrated BluOS streaming option makes it easy to get a high quality sound with Qobuz or Tidal – even in several rooms. Due to the many details to be discovered in "Some Things Just Come Undone", for example, one often tends to break up the wonderful, multilayered and yet catchy composition into its individual parts – perhaps due to a professional inclination to dissect in my case.

With the NAD M33, you just sit down, start with track 1 and begin to relax, thanks to this wonderful voice. Relaxing sounds are also produced by the Danish saxophonist Michael Blicher and his fellow musicians Dan Hammer on the Hammond organ and Steve Gadd on drums. What the trio has shown on their two joint albums so far can be considered as internationally established and still belonging in the category "jazz suitable for beginners". All the better that the recording quality is exquisite and a feast for gourmets of sound.

Since the "Köln Concert", recorded in January 1975 in the Cologne Opera hall, this has also been true for Keith Jarrett, if not earlier. Jarrett is not only a master of jazz improvisation though. In March 1987, he impressed visitors to Troy, New York with Bach's "Well-Tempered Clavier". Here, the now 75-year-old world star plays reserved, and very true to the work. It is precisely because of this that the recording gains an immense intensity.

Take the time to listen to both CDs completely and forget the world around you. And while changing the CDs, treat yourself to a glass of good red wine. The tonal unity and the powerful, yet sensitively presented dynamic fine-tuning that the NAD M33 brings out of this work, seemingly without effort, is truly masterful. It draws the listener into the music with irresistible power – and all of this even without having used the DIRAC room calibration.

Afterwards there was a test of strength of a different kind: Mickey Hart dismantling his drums on "The Gates Of Däfos", one of the most spectacular recordings of the legendary Reference Recordings label. The piece is captured with violent and coarse dynamics and tremendous low frequencies that endanger the bass membranes. A loudspeaker cannot have enough low frequency energy, an amplifier cannot have enough power and bass control to endure this without an accident. Even systems in the six-figure price range easily reach their limits here.

The M33 was also shown these limits, but proved itself more than respectably up to this point. It traced the room very generously in width and depth, not quite as opulent in height, but all without the sound being lost in cloudiness. The bass control via the Gauder speaker's ceramic woofers was also more than decent. The M33 also proved that it is able to master simultaneously occurring complex demands concerning attention to detail with "Passage", a ten-minute firework of percussion on "Däfos".

Later on we gave ourselves over to the Swiss sound masters from Yello. Vocally supported by Shirley Bassey, the "Rhythm Devine" enchanted us: no annoyance through unnatural sharpness or hissing S-sounds disturbed our listening pleasure. It brought great joy to listen to the performance longer than "One Second", the name of this Yello album, especially since the low frequency range was reproduced slim, but at the same time powerful and precise, not sterile or cold. With all these qualities, the NAD M33 can rightly be considered a source of musical joy, while also packing a great deal of equipment, innovative technology and future-proofing – and comes at a price that is high, but seems calculated very fairly, and not overpriced.

Technologically a milestone in amplifier construction, sound-wise an audible progress. In addition, first-class workmanship and versatile equipment that leaves hardly any wishes unfulfilled – and all of this at a fair price. 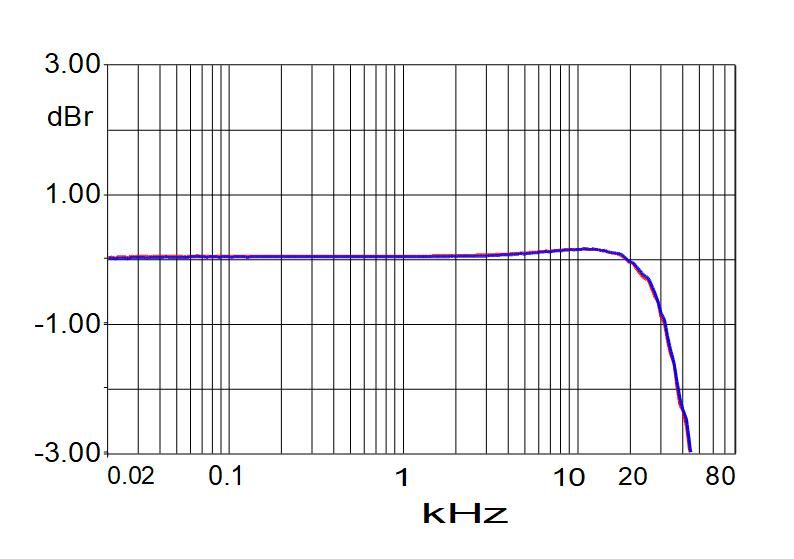 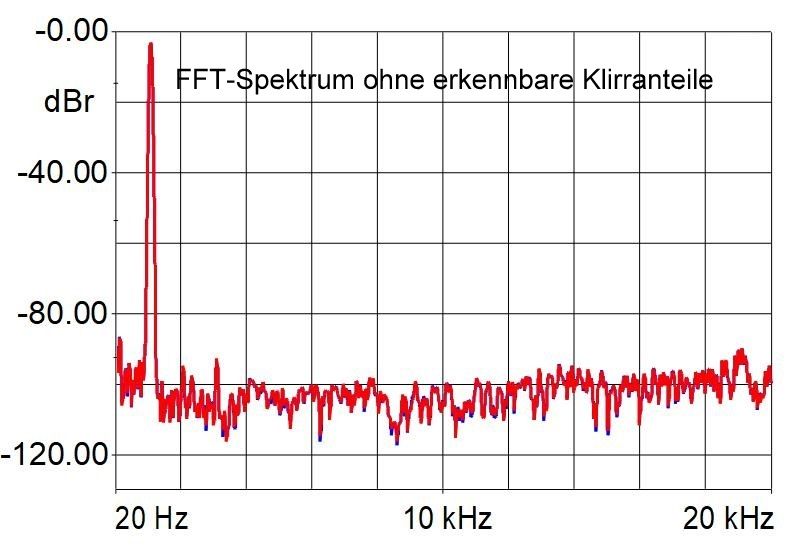 A power giant with almost 500 watts into 4 ohms. Also all other measured values testify to first-class development work. Even the bandwidth of more than 40 kHz is clearly above the usual Class D amplifier.

Yello: One Second - From a pulsating synthie bass to the powerful voice of Shirley Bassey – this record has it all!