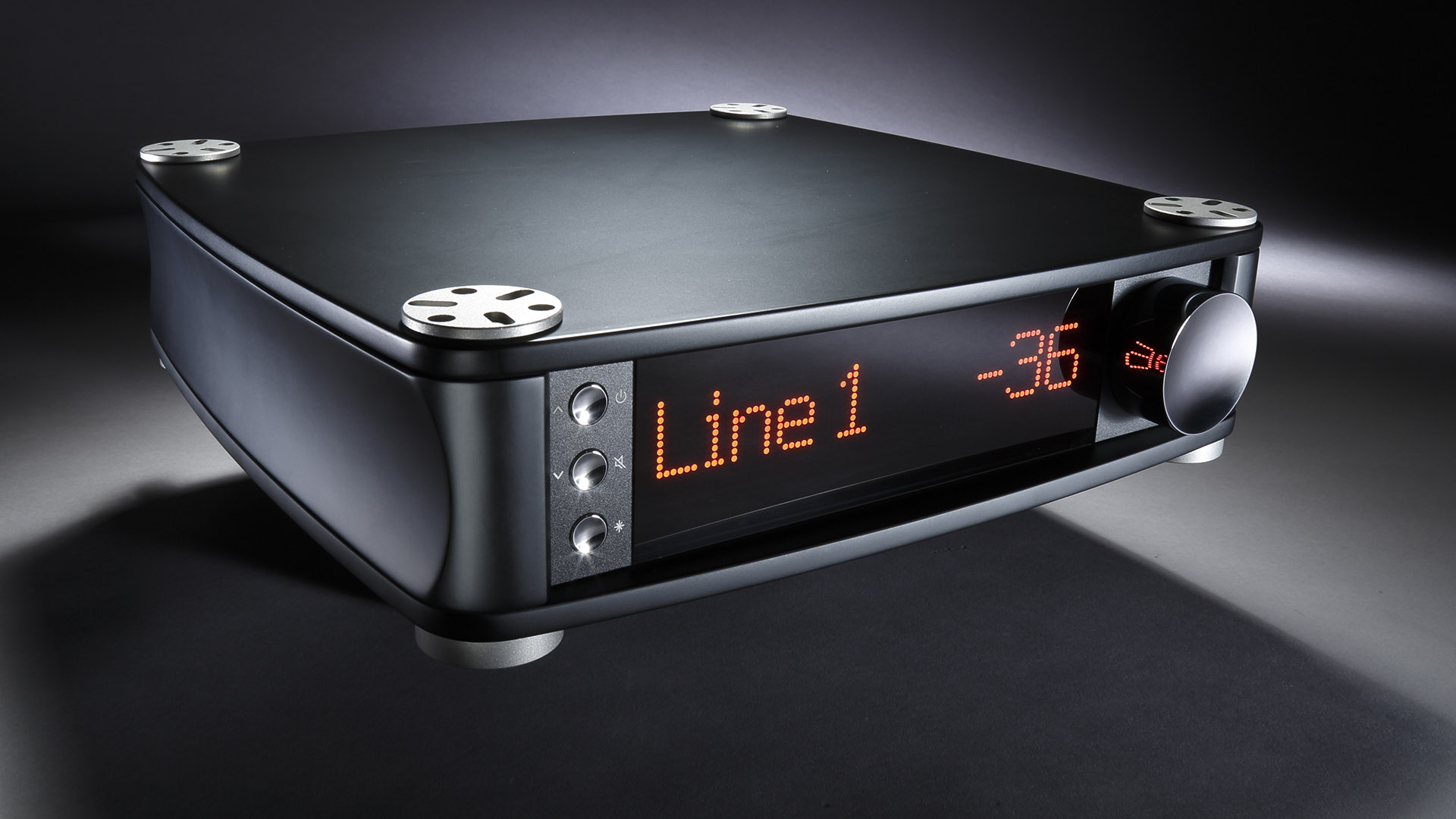 You call this Entry-Level? – With the integrated amplifier from the entry-level 180 series, Aavik took a radical turn: leaving behind heavy castles of aluminum in favor of natural materials and shapes derived from musical instruments.

Aavik is the electronics side of a company-triumvirate, the other two being Borresen as a loudspeaker brand and Ansuz as a supplier of cables and accessories. Regular STEREO readers might be familiar with Aavik thanks to the impressive U-300 integrated amplifier equipped with a phono stage and DAC. Or maybe also due to the D-180 DAC (read our review here) or R-180 phono preamp (read our review here), which have already received excellent reviews recently.

The device featured here has almost nothing in common with the U-300 – neither the martial exterior nor the idea of amplifiers having to have "everything under one roof" made its way into the here and now. Beyond that, no stone was left unturned either!

The I-180 is a soloist and designed exclusively for the playback of analog high-level sources, and this also exclusively via RCA. On the one hand, the price is reduced thus, because you only pay for what you want – in this case, a cleanly designed, state-of-the-art integrated amplifier. It on the other hand ensures that the special requirements posed by a built-in DAC or phono section can be ignored for the time being. The drawback of this concept: an increase in the required space if you want to integrate e.g. a D/A converter into your setup. If such a system is on your wish list, try to have the "U" series of the Danes presented to you – a DAC is integrated into the otherwise identical amplifier technology there. The developers around Michael Borresen have built this series in a genuinly innovative way, not only choosing what to their ears is the best Class D module from Pacsal – but also placing an unusually high emphasis on the mechanical side. This is manifested in both shape and choice of materials for the devices.

Without any problem, the Class D module provides around 300 watts per channel and is unusually broadband for a Class D amp. Thanks to a clever negative feedback circuit that is only used in the first stage of amplification, it is also fairly insensitive to impedance fluctuations of speakers. Another trick in the circuit design ensures that the amplifier can draw on additional current reserves if necessary. The fact that the Danish box also keeps speakers under control with an iron grip was furthermore proven by its performance in our lab. There, the results of all the other measurements also made it clear that this device was developed by someone who has long since let his craft mature into a form of art.

Eliminating any kind of interferences was also extremely important to Borresen. Some special components, which can also be found in other devices from the manufacturer, make an essential contribution to achieve that goal. Only the number of these special parts varies from series to series. More is always better here, Borresen assures us. They also cost more than a little extra, which shall not be denied at this point.

Before moving on to the sonic merits of the amp as well as some impressions of the complete system, let‘s have a word about the equipment: The large display – comfortably readable from a distance even for an older gentleman – shows the currently selected input and volume. Of course, no potentiometer is used for controling it, but an electronic solution that knows neither noise, nor hum, distortion or channel imbalances, as the head of development explains. The display can be dimmed in several steps, and even be switched off completely if desired.

The volume control knob sits comfortably in your hand and its mirror-smooth surface is a successful contrast to the otherwise simplistic appearance of the Aavik in our opinion.

Now, the time has come for the listening test of the amplifier. In the course of this, we also tried setups with the complete Ansuz accessory range – from cables to coupling feet – to check out the concept of a complete chain and track down synergy effects.

We started by stacking the Aavik components still present in our office on top of each other – namely the D-180 DAC, the R-180 phono stage and the I-180 amplifier we are reviewing here. This process took slightly more time than originally anticipated thanks to the Darkz decouplers: Every single one of the twelve feet is equipped with three stainless steel balls each. And as these balls are rather small, they tend to develop a life of their own and fall out of the busy editor‘s hand. To then embark on a search for them is a task that one does not pursue too cheerfully or enduringly.

But, finally, the tower was completely built, wired, the devices warmed up and our ears sharpened – immediately, the electronics emanated a kind of charisma whose fascination was hard to resist.

The Gauder DARC 100 is not considered particularly low-maintenance when it comes to choosing the right amplifier. However, the way in which the "small" Aavik easily drove the German speakers to peak performance made us start contemplating the concept of separate pre-/power amp combos. It was by no means the sheer power of the Aavik that made our eyebrows rise in astonishment, but moreso the ease with which impulses were reproduced in "Walking On The Moon" by the Yuri Honing Trio.

The challenge of simultaneously occurring brutal and exhausting bass attacks from drums and double bass as well as a saxophone playing sentimentally, which demanded perfect multitasking, apparently didn‘t trouble the Aavik. It carried on with its work with temperament, but at the same time very relaxed and calm. The bass came across powerful, but never too fat or even rumbling – the speakers were under clean control, even when the volume levels became unreasonable.

The inwards and outwards transient sounds of Vladimir Ashkenazy‘s Mozart interpretations on the grand piano thus became truly delightful. It seemed to just love voices. They were so finely sculpted that one almost felt the physical presence of Lyn Stanley, while Marla Glen with her rough, smoky voice and the added fat bass part captivated via precise timing. Depending on the recording, room imaging varied from very close and direct to a wide-ranging display with depth and height staggering as well as a stage extending beyond the speaker‘s base width. Fortunately without a blurred focus.

All these qualities are complemented by an absolutely natural tonal rendering. Piano, choirs, male and female solo voices – the small Aavik does not let itself be provoked into delivering inconsistencies. Rather, it spices up the action with a really good dash of finesse for rhythmic structures and a smoothness in the temporal flow, such as is not experienced every day.

In order to encounter the I-180 in full bloom – as described above – and enable it to present all its qualities, we advise you try it in combination with external cables and then in full Danish regalia, i.e. together with Aavik devices and Ansuz accessories. Rarely in the past have we been able to perceive so clearly the differences that can come to light when a developer is able to implement his vision of music reproduction down to the smallest detail of a setup, as done here by Michael Borresen.

You might now object on the grounds that this requires a not inconsiderable amount of additional budget. That will indeed remain unchallenged, but the fact that what you get even then goes quite a bit beyond what is usual in this price range ought to be addded. It‘s a great amp on its own, but the whole team together poses a challenge even for much more expensive competitors. Therefore, we recommend listening to the entire ensemble if you have the opportunity.

An innovative pure high-level amplifier with relatively few features, but plenty of sound. The Aavik easily works with a wide range of impedances, takes loudspeakers firmly in its grip and has enough power reserves even for watt-hungry speakers. 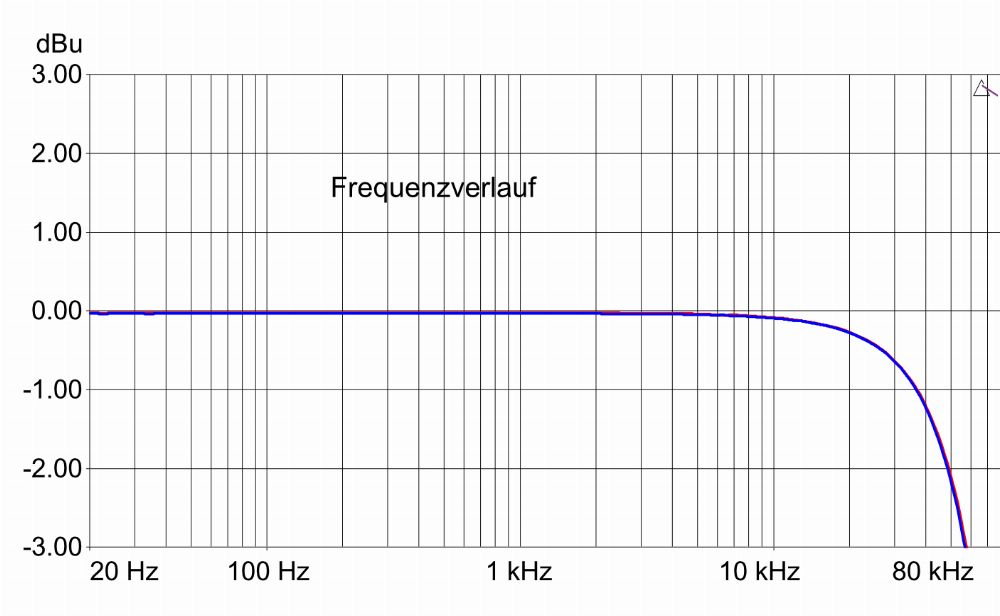 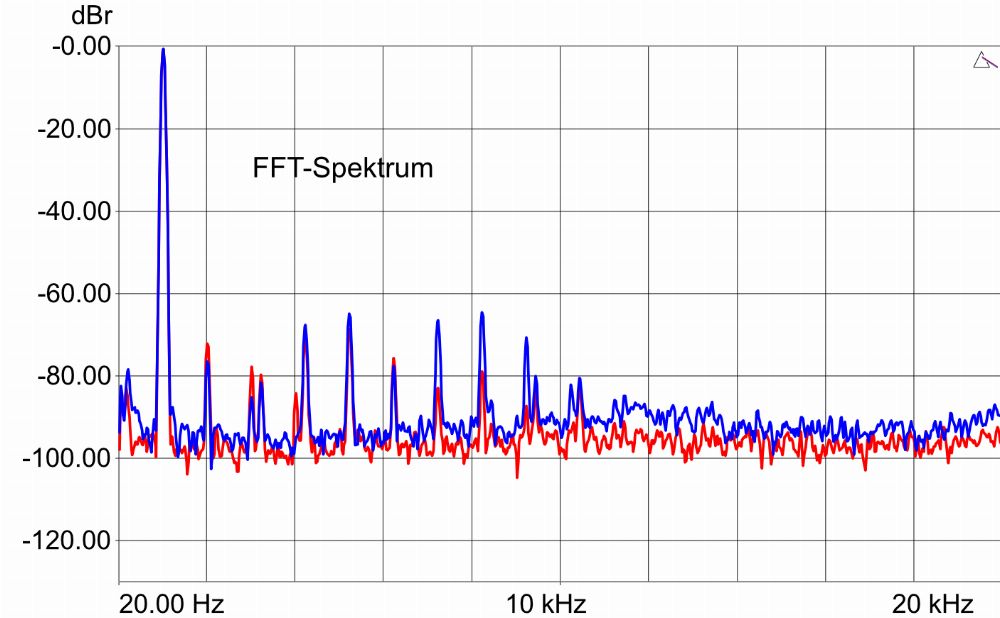 Sensitive, emotionally intense – and it sounds great, too. 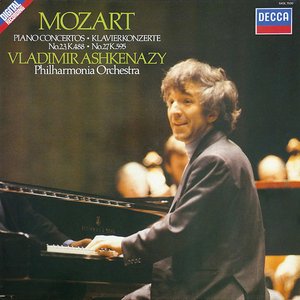 The American gets better from album to album, and the sound quality is always convincing. 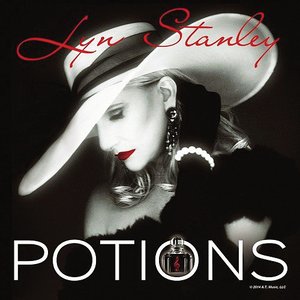