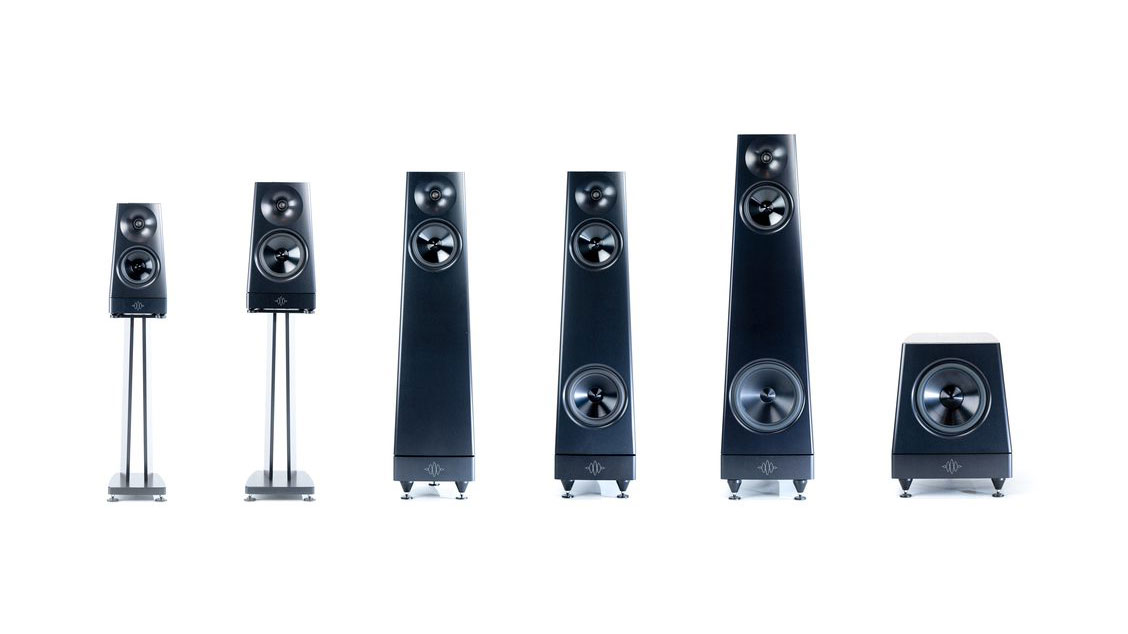 The American high-end speaker manufacturer YG Acoustics releases five new speakers and a subwoofer under the name "Peaks", aiming to offer its qualities for a lower price.

The new series from YG Acoustics consists of the standmount speakers "Cairn" and "Tor", the floorstanding models "Talus", "Ascent" and "Summit", as well as the active subwoofer "Descent". All speakers carry YG Acoustics' proprietary "ForgeCore" tweeter, as well as one or two "BilletCore" drivers for the remaining frequencies, with all drivers sitting inside a thick aluminum baffle precision-engineered by YG Acoustics. Among other things, the speakers differ in the size of the respective "BilletCore" drivers: while that of the smallest Cairn is 15cm wide, that of the also compact Tor and the smallest floorstander Talus come in at 18cm. The two largest models in the series, Ascent and Summit, have a second 22cm and 26cm "BilletCore" driver, respectively, in addition to an 18cm one. The Descent subwoofer features a "BilletCore" woofer with a diameter of 28cm, driven by a 1000 watt amplifier.

The closed cabinets of the speakers are made of dense resin fibers, and are said to prevent cabinet resonances and reflections thanks to stiffeners and acoustic absorbers. The crossovers of the "Peaks" speakers are also built by YG Acoustics itself and are supposed to offer high performance thanks to the best components and optimized design. The speakers will be available in three different finishes, according to the manufacturer.