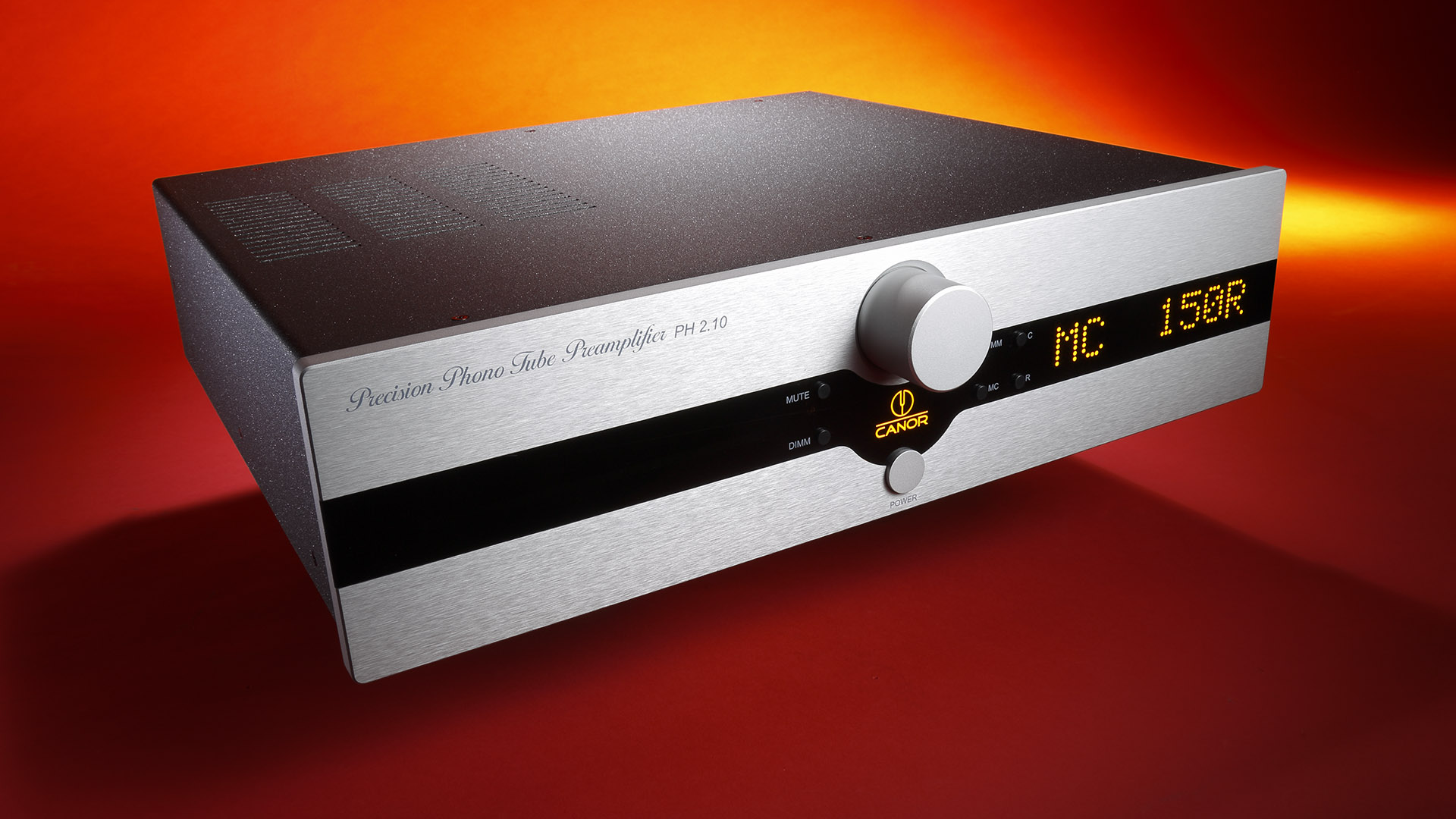 Prince Charming – Amplifying the tiny signals from phono cartridges using tubes and transformers is quite a bit trickier than using more modern components such as transistors and ICs – at least if the sound is not to be affected. And if the result is supposed to be as good as the brand new PH 2.10 from Canor, the price usually rises into quite unpleasant regions...

Turning our gaze east of Germany, we only find few companies that are dedicated to producing equipment with natural sound.

At Canor, however, something has grown over the course of more than two decades; something that even established Western companies have rarely managed to achieve with such consistency. Canor not only has its own production facility where supplied parts are assembled but they can also pride themselves with exceptional vertical integration, right down to owning SMD placement machines, in-house circuit board technology and a self-developed tube measurement system.

The company is justifiably proud of its measurement system; they worked on it for years until it met all requirements, including the ability of storing all measured data. The circuit board technology – which takes into account the special, high-impedance environment of tubes and minimizes inductance – is another proof of the high standard achieved.

Canor has also made it into the top league in the fields of electronics and production control; even metal processing is completely done in-house.

For many years, they have been producing for some well-known and big names in the hi-fi world in significant quantities – the machines are thus all continuously working to capacity.

Let‘s first go through what other arguments the PH 2.10 wants to bring to the table:

The total of four strictly selected 12AX7 tubes – tested at the tube measuring station, which is called ALADDIN – in the first and second amplifier stage should be at the top of the list. The same goes for the subsonic filter with a slope of 18 dB, they are connected to, as well as for the two 12AT7, encountered rather rarely and placed in the amplification stages three and four.

In order to follow the RIAA curve as precisely as possible, very high-quality capacitors made of polystyrene and polypropylene were chosen – with 3% accuracy – for the passive equalization. Only thanks to these high-quality components, developing a circuitry without overall feedback was a reasonable choice.

Another aspect was also taken into consideration with the power supply being first class, since that is a basic prerequisite for good sound and often gurantees it. To prevent bothersome and sound-distorting vibrations, the transformer core has received a special vacuum impregnation. The entire transformer was cast with an in-house anti-vibration mixture to further aid that goal.

The effort taken also pays off remarkably in the measurement department: noise or hum are completely absent.

In order to amplify even quiet MC cartridges without any disturbing noise, Canor employs transformers which were custom-made by Lundahl. This makes the amplification at the MC input reach a full 70 dB.

To help with the sensitive signals that pickups deliver, the company‘s own EMC laboratory also proves to be quite useful, since it can verify the immunity to interferences of all kinds. It also ensures that emissions that switching PSUs, for example, tend to radiate stay at a tolerable level, which is also compliant to Europe‘s CE regulations.

A look at the back of the Canor reveals that it features separate connections for MM and MC cartridge systems. Connecting different pickups simultaneously is also possible, without any loss of sound quality. The two inputs as well as the output jacks are only available in RCA.

The front comes along very tidy, with a display that is wonderfully easy to read even from several meters away. It shows the selected input as well as the capacitance or the terminating resistance and its brightness can be adjusted in several steps. A large rotary control knob by means of which the terminating impedance for MC and the capacitance for MM can be calibrated is found next to the display. All in all, a coherent and easy to follow operating concept, completed by small buttons for muting and a choice between MC/MM – as well as fine adjustments for pickups if pressed multiple times.

The warm-up phase the device needs lasts around half a minute. Shortly thereafter, the output is activated, and the Canor phono preamp begins to compete for the listener‘s favor with captivating sounds.

Debussy and Ravel kicked things off – once again – with "La Mer" and "Daphnis et Chloé", performed by Karajan and the Berlin Philharmonic. Even though it was released as a normal record pressing at the beginning of 1965, it to this day has the ability to make modern productions blush with shame in comparison. Timbres, spatial staggering, fine as well as coarse dynamics and the remarkable silence to be found in the record‘s groove turn the playback into a festival of sounds again and again. The Canor squeezes more out of the record than most systems can keep up with – that is to say, this Slovakian phono preamplifier sounds open, multi-layered and transparent. With pleasure, it leaves the role of the bottleneck to other components of your setup.

Searching for individual weak points will soon have to be sorted into the category of "wasted time", even after a thorough examination. If it was to lack anything, one would probably have to borrow some terminology from the field of optics to illustrate it: Quite occasionally, you could then get the impression that the Canor‘s picture might appear a hint of a touch more compact – like it was a 55-inch screen compared to a 60-incher. You would, however, still need to conduct a direct comparison with suitable material for that to even recognize it. Also, the smaller screen never appears inferior in terms of color, blackness or resolution.

You might associate the keyword "tube(s)" with over-the-top sweetness. Describing the Canor, however, you‘d certainly be rather wrong with that. The higher frequencies shine and shimmer; voices appear full-bodied without being bloated by an inaccurate bass range – everything is displayed in the correct dimensions. The timing doesn‘t want to be pushed into the background coming along precisely and the feeling that the rhythm section perfectly harmonizes with itself came upon us again and again.

This characteristic not only inspires delight when listening to a large orchestra but also immediately captivates with music coming from a smaller line-up. Tom Petty‘s "Cabin Down Below" is driving, full of joy and at the same time demands transparency and attention to detail at the highest level – the Canor delivers this with ease.

Not spectacular as far as bass pressure and dynamic development are concerned, but nevertheless powerful and assertive, always showing great potential to permanently capture the listener‘s favor. Lending your ears to the PH 2.10 simply provides pleasure – as undoubtedly proven by its ability to make us want to move along with the music as well as to provide for constant goose bumps.

Of course, audiophile recordings of modern productions shall not be missing from our list of test tracks. This time, we have chosen a 140-gram LP by the Israeli artist and superstar Alon Lotringer, produced in cooperation with Brinkmann Audio and as a purely analog one-step recording. This album was recorded in Berlin and pressed in Copenhagen, featuring a style fluctuating between singer/songwriter, folk and rock – between Prince and the late Bowie. Listening to it, you‘ll quickly realize how much is missing from the vast majority of modern releases. It is powerful, voluminous, with a believable, authentic vocal volume and a confident tonal mix.

Combining all that and listening to it via the Canor, the record has presented us with all the advantages of analog technology on a silver platter. That also serves as the conclusion of this review: this phono preamplifier has mastered the ins and outs of the art of analog playback. It complements its neutral tonality with a lot of temperament and a pinch of charm, without giving in to the temptations of softening or blurring. A more than welcome addition to the playground for friends of analog technology.

Tube phono preamplifier for MM and MC, convincing in every respect. Great sound, first-class workmanship and extensive adjustment options for all cartridges are complemented by a coherent operating concept, including a display. 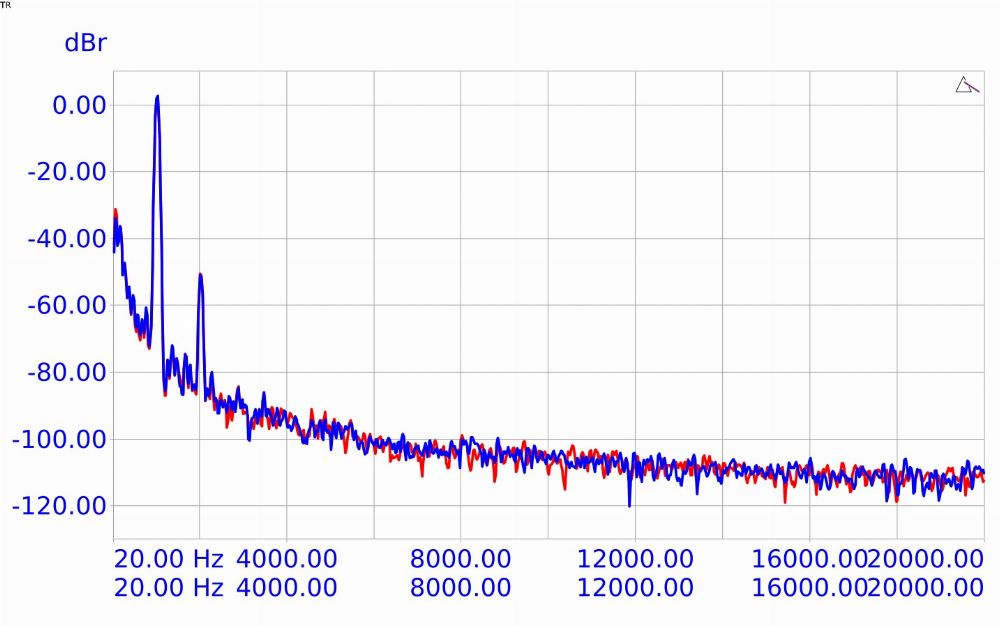 Flawless performance in the laboratory. Noise and hum are not to be found; sufficient overload resistance is present; and very linear frequency responses. Bass drop at MC is caused by subsonic filter.

Dense and multifaceted work of the Israeli superstar. The quality of both recording and pressing are incredible. 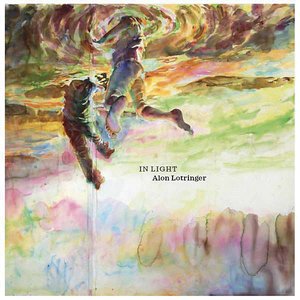