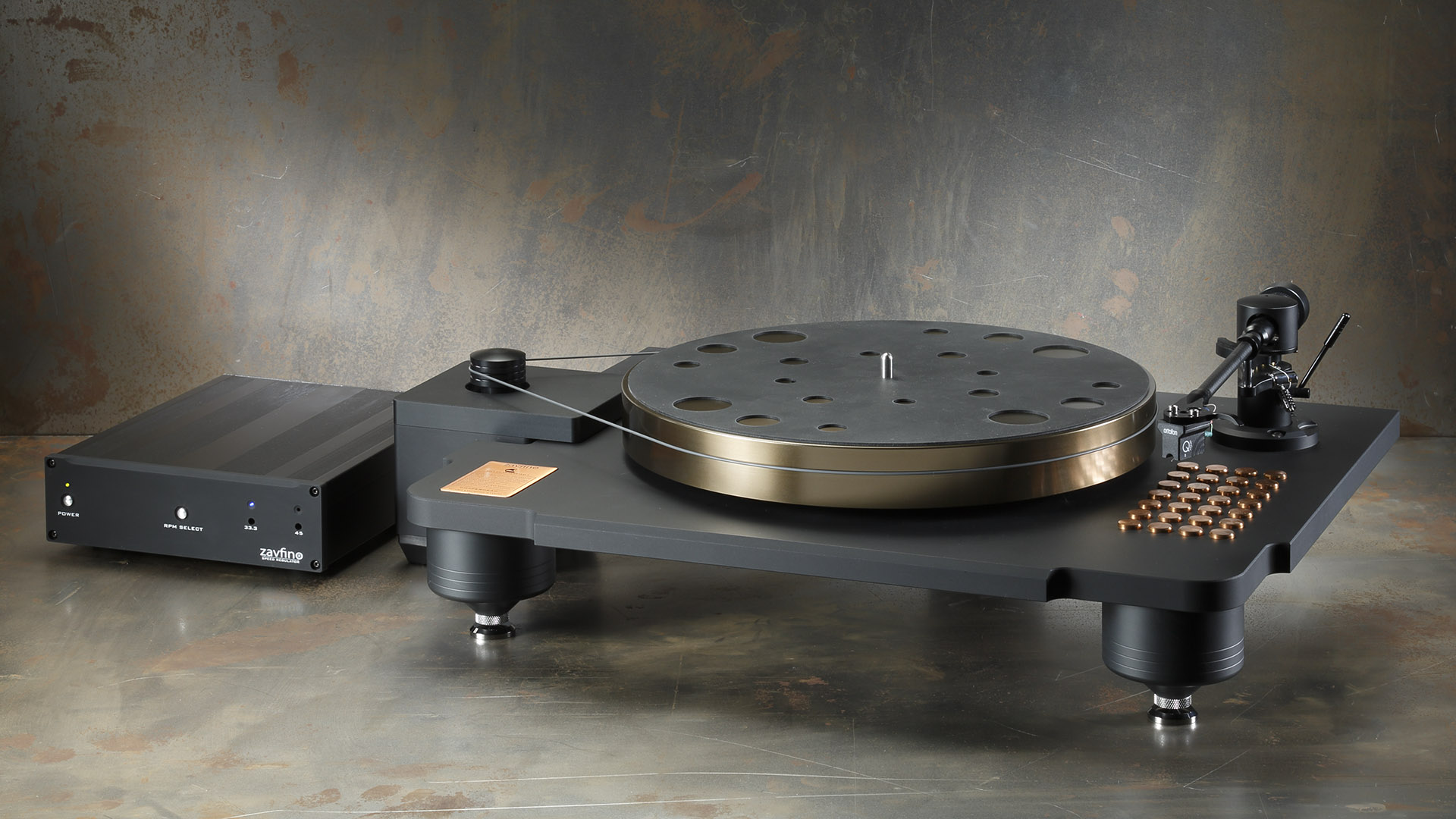 Full Metal Jacket – Aluminum forms the backbone of the Zavfino Copperhead-X. The sound, meanwhile, is supposed to be perfected by the 28 copper inserts in the chassis. What does mixing the metals produce?

They look noble and give the Copperhead-X from Canadian analog specialist Zavfino an extravagant look: the 28 round copper bolts anchored into the aluminum frame near the base of the tonearm. The manufacturer hopes that these will perfectly complement the 15-millimeter-thick light metal chassis in combating resonances. It is not possible to determine how it would sound without them, since the short cylinders are permanently attached to the rather large frame, which allows another tonearm to be mounted on the left side.

Something has to be revealed here aready, since I just can‘t stop myself: You‘ll hardly find a more musical, at the same time gritty-contoured as well as spacious, calm, even downright serene sounding turntable in this price class – which is elevated, but not that excessive. And even above that only with difficulty. The Copperhead-X has an instinct for the correct mood, whereby serene styles particularly suit its stoic and sovereign character. The melancholy in the beautiful jazz ballad "Les adieux" by the Sebastian Sternal Trio, for example, could not have been conveyed more intimately by our reference turntable. And all that even though the Canadian record player does not need to exaggerate the lower registers for its emotional potential in order to produce music with emotion and  harmony.

On the contrary, the thick bass line in James Taylor‘s "Her Town Too" came across distinctly gnarly and tight. The secret of the Zavfino and its unconventional design lies in its audiophile manner of playing, which avoids tightness and thus creates space for the musicians to express themselves. With these abilities, the Copperhead-X excels as a master of the atmospheric. In the light-footed, lucidly woven tracks of the "Reunion" album by Gary Burton and Pat Metheny, for example, the swirling of the air around the instruments and their dazzling flair for the audiophile experience are almost as important as the performance itself. The turntable arranged all these aspects as if with pointed fingers and presented them in their enchantingly lively-cheerful aura.

You don‘t often get such a performance that is so mature and controlled, but at the same time exudes the casual style of an expert, no matter what the turntable may cost. The effect of the strongly two-dimensional – due to their minimal structure – songs from the "Ambient Music" album "Melt" by the US duo Blank Gloss depends strongly on whether and to what extent the record player has an „antenna“ for such introversion. Via the Copperhead-X, they created attention in the listener, crawled irresistibly into his mind with their triviality, which is charming because it is only superficial.

Does this indeed have something to do with the 28 "copper heads" that lie underneath the cartridge, resembling a cobblestone pavement? Zavfino‘s larger ZV8-X – reviewed by us here –, is very similar to the little brother in many details or even corresponds to it, but does not have any copper heads. It did turn out to be a high-class representative of the turntable species with a straightforward and striking performance. It did not, however, reveal the "spirit" and wealth of emotions that distinguishes the Copperhead-X and gives it a certain special position within its product as well as price class, the latter still relatively moderate.

In any case, you do get a lot for your money: The synchronous motor, intentionally low-torque and supposed to thus transmit hardly any interference to the heavy platter, sits in its own chassis that is placed into a recess on the left of the base plate. It is supplied and controlled via the external control unit, which we already know from the ZV8-X. This generates a precise, quartz-based sine wave and allows sensitive speed adjustments by means of recessed mini-switches. It can be placed out of the way, but doesn‘t have to. You can simply slide it underneath the turntable, which saves space and looks good on top of that. No interferences in the pickup did occur, especially since the power supply is outsourced.

The inverse bearing, characterized by good use of materials and sophistication, ensures silent suspension of the aluminum alloy platter, which is gently kept in motion by a silicone belt. Three sturdily built feet, adjustable in height by means of copper spikes, allow for easy leveling of the turntable. It is important to always ensure that there is a gap between the extremely quiet motor block and the turntable chassis, so the parts do not touch each other, which could result in an undesirable transmission of vibrations.

Zavfino‘s height-adjustable 9.5-inch tonearm "Aeshna" is also an old friend – equipped with a particularly hard carbon rod in the version here. Its cryogenically treated knife edge bearings are magnetically damped, which aims to reliably prevent any vibration or resonance. To ensure that its performance and that of the pickup is fully retained, Zavfino‘s "The Spirit" phono cable, equipped with silver-plated pure copper strands and coming in at €180 on its own, is included in delivery. That‘s what you call consistent!

Speaking of pricing: The German Zavfino distributor ATR-Audio Trade offers bundles with Ortofon cartridges that are significantly discounted compared to the sum of the individual prices. The customer enjoys maximum freedom of choice. If set up like our test subject, with the Copperhead-X and Aeshna Carbon, which cost 4700 euros together, and the MC Quintet Black S from Denmark – individual price: 875 euros –, 5300 euros instead of 5575 are then found on the bill.

Still a proud sum? Of course. But in view of the noble performance of the thus equipped Canadian and the associated feeling of happiness, money quickly loses importance.

A number of times, we noticed with how much empathy the Copperhead-X presented our test records – heard often and fondly. It, however, never really jumped into the fray, even when playing turbulent genres. Instead, it always maintained its slightly distanced, orderly perspective, perceiving the musical events from a surveying position. When playing rather relaxed styles of music, this made the Turntable appear so perfectly balanced, even downright aesthetic.

One last point: For maximum finesse, be sure to consider the mains phase (see illustration in technical details). And as great as Ortofon‘s Quintet Black S was, the Zavfino can easily handle even better cartridges, such as a Cadenza Red for 1250 Euros. Whatever is chosen, this "Full Metal Mix" turntable is a full hit.

Does the sophisticated resonance system of aluminum platter and copper heads create the distinctly audiophile character of this remarkable turntable? Zavfino‘s Copperhead-X reveals the emotional core of the music, sounds extremely clear as well as orderly and at the same time conveys a high-end flair that transcends the price range. The well thought out concept, including elaborate control unit, perfects this turntable! 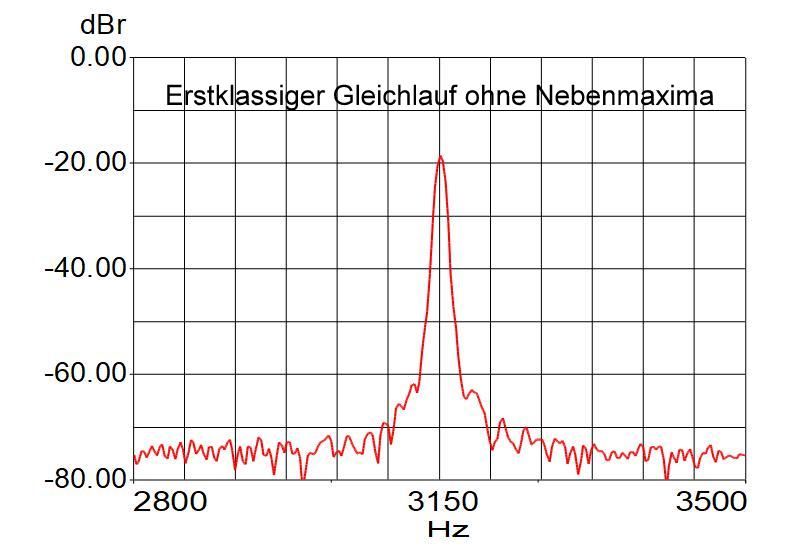 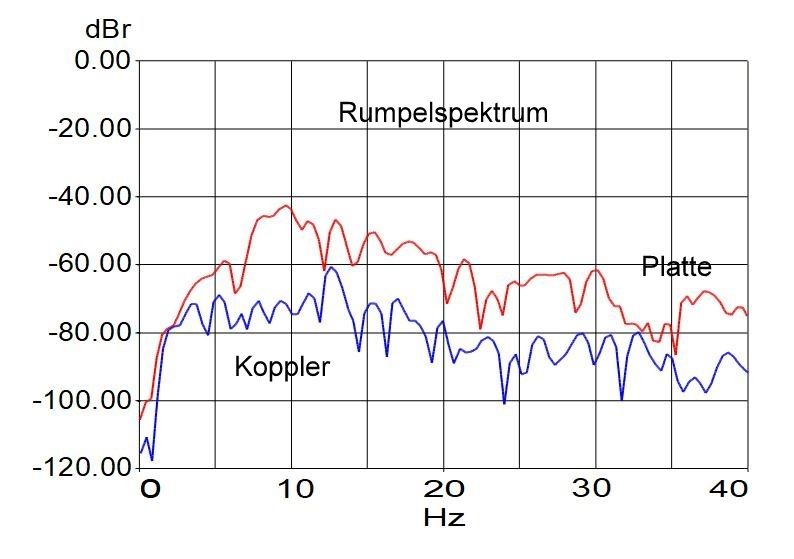 The very good synchronization as well as the convincing rumble values, especially when measured with the coupler, prove the technological standard. The mains phase refers to the input of the external power supply from the control unit.

The highly acclaimed album of the US duo captivates with stylish "ambient music" without being "background sound". 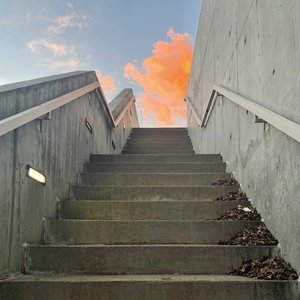 A jazz album as charming as it is unconventional, concluding with a wonderful ballad. 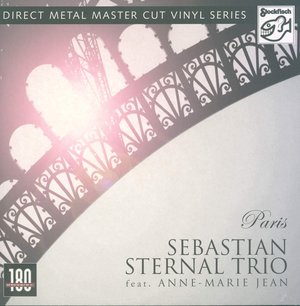