The Gateway Drug – The risk of developing an audiophile addiction to Linn's LP12 was always rather considerable. Just now, the recipe of the variant "Majik" was strengthened. Time for an analog trip!

Next year, there might be quite the party in Scotland. That's when the national hi-fi treasure, the Linn LP12 turntable, celebrates its 50th birthday. Let's see what the company from Glasgow might come up with for the anniversary. The almost endless history of the LP12 already encompasses countless little gems in the form of modifications and updates. While the basic concept of the sub-chassis mounted on three springs in a wooden frame stays untouched, even the oldest turntables can usually still benefit from these improvements.

Currently, the possibilites of an LP12 are split up by Linn into three differing models: At the top is "Klimax", followed by "Akurate" and – as an ambitious entry into the LP12 world, so to say – the "Majik" version. It was precisely this version that saw an important innovation now. While the company has always remained faithful to the "Adikt" MM cartridge and the underlying construction, changes are happening elsewhere: following Linn's "Basic" and one arm each from Pro-Ject and Jelco, the fourth tonearm has now found its way onto the frame with the soft and defined suspension, after the end of the latter supplier.

This tonearm is called "Krane". It was developed in cooperation with the Southern German analog specialist Clearaudio, being derived from their – experts might recognize it immediately – "Satisfy Kardan". Apparently, the geometry was adapted to the requirements of the LP12. In terms of effective length, overhang as well as the offset angle of the headshell, which is now provided with three holes for Linn MC pickups, the values of both arms differ slightly.

The optical appearance, on the other hand, less so: the arm proper is made of carbon fiber, which is equally light and stiff and received a silvery color. Its vertical movement is guided by an extremely low-friction, precisely preloaded tungsten/sapphire bearing, while horizontal movements take place with the use of ceramic bearings. The scale-less counterweight – which therefore requires the use of the included simple but accurate scale –, can be fixed in place without wobbling after alignment by means of an Allen screw. The non-contact anti-skating, working via a magnetic screw, was kept. The high-quality phono cable connected here via a five-pin socket in the base of the Krane comes out on the rear of the turntable.

The exact adjustment of the pickup as well as the entire turntable is the responsibility of the Linn dealer. In our case, this job was taken over by Rainer Pohl from the "Klangstudio" in Bodenheim, in the southwest of Germany. And he did not rest until the sub-chassis, including platter and tonearm, swung out like a piston when under vertical stimulation. Whatever Linn demands for every customer also applies to us at STEREO: An expert must set up the LP12 with pinpoint accuracy at the place where it will play. It doesn't matter if its a Klimax or a Majik for that.

The procedure of setting it up was carried out quickly by the expert. It's always fascinating to see that even noticeable bouncing during playback doesn't upset the arm and stylus. The music simply continues as if nothing were happening. The LP12 doesn't like hits coming upon its sides, however. That is the reason why it belongs on a stable base despite its ingeniously suspended sub-chassis.

On such a base, the classic Scottish turntable immediately unfolds its addictive potential. With that, it brought generations of music listeners "to the needle" and, even during the phase of rampant digital euphoria, its existence was never up for discussion. At first, nothing noticeable happens, though. The music plays freely, openly and with undisguised impetus. The sweet poison an LP12 administers works slowly and gradually; without an impressive or overt "flash", but all the more lasting for that.

"Young At Heart" is a song with Paul Kuhn and the Best, characterized by precisely dosed and strikingly sustained momentum. The effect of this song therefore strongly depends on the timing of the source device. The Majik LP12 succeeded quite exquisitely in that regard, so that an authentic, swinging big band feeling spread itself out into the listening room. In this case, the track came from our own STEREO listening test LP III, which rotates at 45 rpm. To play it properly, we had to somewhat awkwardly convert the turntable – which is set in motion via a sturdy switch – away from the usual 33 rpm. This is done by means of an attachment that increases the diameter of its motor pulley. As you might realize now, the term "manual turntable" is to be taken literally in all aspects.

Now, we were on the trail to discover the "LP12 phenomenon", for the experience of which no Akurate or even Klimax is required. The new Majik is easily able to wrap the listener around its finger with its musical groove; so that the desire arises to put one's entire LP collection onto it – one record after the other.

We did this, for example, with James Taylor's "Her Town Too", in which a bass line as profound as it is boisterous runs under the delicate upper registers, embellished with a sizable number of details. Then, the Scottish machine started preapring a mixture of audiophile drugs for us: the pulsating liveliness of the music became palpable, everything was firm, structured and clear, but did not appear as set in stone as large non-suspended turntables often portray the title. Our current test subject showed a tendency towards a diction that was airier and more agile, which seemed decidedly natural and lively. Even more so when considering that no artificial brightening or energetic congestion of certain pitches or in the dynamic as well as rhythmic flow occurred. Rather, the Majik LP12 presented the music in its simple beauty, while at the same time showcasing its finesse. And with that avoided any form of sobriety or emotional inaccessibility.

On the contrary, the unobstructed style allowed for genuine attacks of its charm. This was the case with "Dos," an enchantingly atmospheric recording by the label "Fonè", in which female voice meets double bass. In the "Piccolissima serenata", the sub-chassis turntable showed how the singer and the bass player relate to each other. The very linear "Adikt" MM pickup, equipped with a sensitive "Gyger II" needle, senses flashes of triangle beats just as decisively and cleanly as thudding percussion beats. All in all, the result was a delicately knitted and musically charged playback with a breathing aura and a high degree of credibility. In other words: this is how it should sound.

The highly impulsive "Thunder And Birdies" from the current 45 rpm reissue of the legendary Flim & the BB's album "Tricycle" posed no problems to the Majik LP12 at all. It is true that this smaller model is not quite as forceful and vehement as the "Klimax", which we tested a few years back. That one is admittedly almost five times as expensive though. And the Majik even revealed a lighter, more unbiased view of the events compared to the Klimax's commanding authority, without ever lacking impact.

In this vein, we could continue to praise the LP12's audiophile spirit, matured over decades, and how it certainly also comes to light in the Majik. With the new Krane tonearm, its price did increase significantly. However, the "Karousel" platter bearing is now also on board, which according to Linn enthusiasts additionally improves the performance. Thus, there's already quite something to celebrate for the company, even before the LP12's 50th anniversary.

The LP12 gateway drug works! Thanks to the "Krane" tonearm and "Karousel" bearing, this is probably the best "Majik" version ever of the classic turntable. The maturity shows itself in a performance that combines neutrality with musical instinct – perfect for intoxicating analog trips! 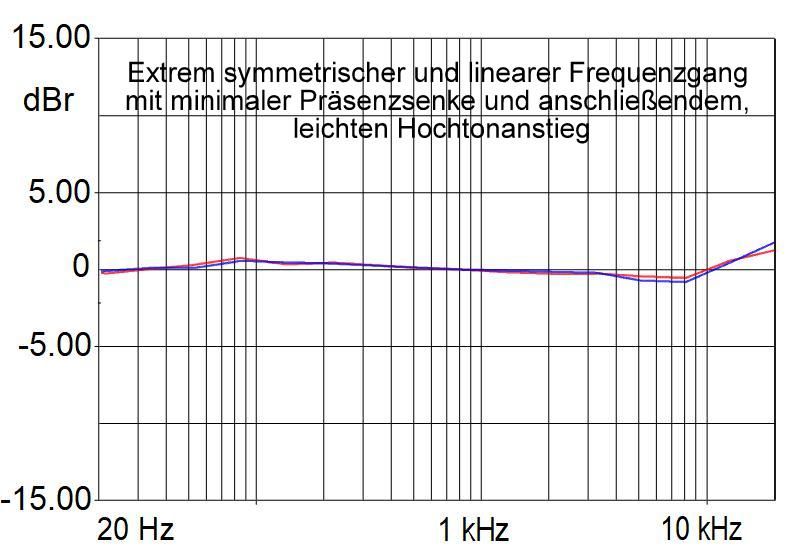 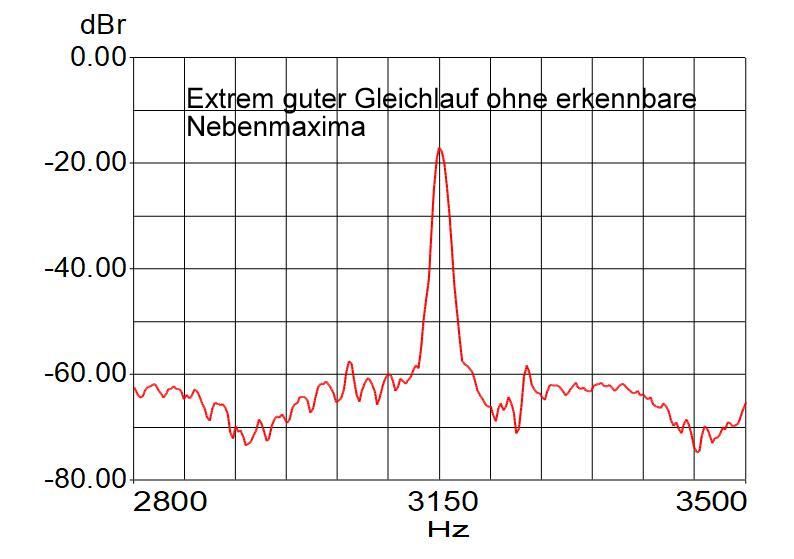 In the very linear frequency response – with, at most, a very slight rise in the high frequencies –, the outstanding channel uniformity of the Adikt MM pickup is striking, which testifies to high manufacturing quality. Another surprise were the extraordinarily low rumble values, for which the new "Karousel" platter bearing plays the biggest role. The low synchronization fluctuations fit into the picture quite well. On top of that, the synchronous motor of the Majik LP12, which has no fine speed adjustment, hit the right speed practically perfect.

The rumble values (Rumpelspektrum) are excellently low, both if measured via measuring platter (Platte) as well as measuring coupler (Koppler), which underlines the quality of the "Karousel" bearing.

This value describes the distance of the pickups's needle to the center of the platter axis when it is moved over the latter.