Plain and Simple – A high-quality reproduction of music is appreciated throughout Scandinavia. Although the Norwegian manufacturer Hegel has been on the market for around 30 years now, their products are still rather unknown over here in Germany. The new V10 phono preamplifier has what it takes to change that.

The Norwegians have already produced a number of amplifiers of the integrated, pre and power sort, giving them an excellent reputation. Now, however, after some 30 years, they are venturing onto the thin ice that is phono amplification for the first time – that is, in other words, the art of equalizing and amplifying the extremely weak signals coming from cartridges without any negative side effects. This is needed so that the signals can be used to drive the input of a preamplifier or integrated amplifier, which are designed for higher levels.

What initially may sound quite simple is a path that is littered with quite a few obstacles. At least if you want to implement it well and consistently. When they started sketching the first designs, company founder Bent Holter and his team also made this experience. The basic idea was not to reinvent the wheel; but to offer an above-average phono preamplifier at a moderate price to fans of turntables.

However, it soon became apparent that the team enjoyed what seemed to be an everyday task. Each new idea that was introduced virtually demanded the next addition, until they finally had a coherent overall concept.

On the technological side, this means constructing a channel-separated, discrete design with high-quality components. In there, a circuit of four parallel JFETs in the input stage are at work to keep noise and distortion at the lowest possible level, even with quiet MC cartridges. The power supply was outsourced; it feeds separately into the left and right channels. It was also important for Hegel to give the device a high degree of flexibility – which had the consequence it was not only simply designed for MM and MC pickups. With the channel-separated DIP switches on the back, the amplification factor, the capacity and the terminating resistance can be adjusted within wide limits to fit the used cartridge system. In addition, a subsonic filter can be switched on, with which low-frequency noise can be filtered out. The automatic power-saving function ensures that the device is switched off after 15 minutes without a signal. It can be switched off by pressing the button on the front.

The workmanship is meticulous and dignified, in the best possible way. The slightly convex front panel is massive, without wanting to set records for weight or thickness. Above the aforementioned on/off switch, a blue LED is neatly integrated, which blinks during the warm-up phase and then emits constant light.

The back has considerably more to offer: The solid, gold-plated inputs are present separately for MM and MC – CAUTION: never connect MM and MC pickups at the same time. On the output side, in addition to the high-quality RCA sockets, a pair of XLR connectors can also be found; a very solid grounding screw rounds everything off.

However, we also have to criticize something here: Unfortunately, the company seems to have saved on the color for the labeling – it is hardly recognizable or readable, except in bright sunshine. The labels for the two sets of DIP switches are also not quite that well thought out – they are numbered from one to ten. But: While switch number 1 for the right channel switches the subsonic filter on or off, number 1 for the left channel takes care of switching from MM to MC. This is confusing to say the least. Fear not, though: when we asked Hegel, we were assured that that is to be changed as soon as possible in this series.

Let's take a look at the underside of the device: There, we find the channel-separated connections for the power supply and three hemispherical rubber feet for decoupling from whatever it stands on. Finally, a plan for the DIP switch setting options that is again not printed strongly enough.

Let's move on to the musical merits of the nordic phono pre. These are indeed numerous and prove that it is more than a circuit layout with short signal paths and optimized grounding. These were not placed onto the gold-plated circuit boards simply because it looked nice on the drawing board; it is obvious that sound fine-tuning was done by experts with sharpened and trained ears.

Our expectations towards an absence of noise and hum were fulfilled – even if you might and could take that for granted, it does not always happen, even in higher price regions. After a solid break-in period of approximately one extended weekend, the neat little box from Norway convinces with its tonal unobtrusiveness. No low bass tones push themselves into the acoustic foreground; the upper bass range doesn't inflate spectacularly in order to feign a fullness and size which isn't even to be found in the record's groove. It also doesn't spoon-feed you with honey by giving singers a sweeter appearance; or light a candle in the highest registers to give the action an unnatural glow.

No, the Hegel V10 does not create hype with effects, is no showman, no pompous cheat or aggressive salesman. Calm and sovereign, with plenty of air between the instruments, it shows how good the Dire Straits and the sound engineers in charge of them used to be when "Telegraph Road" was recorded. Not to mention how Mark Knopfler thrilled experts and fans with his technically adept, yet soulful style of playing. Here, the V10 sent out tones to explode out of nowhere without a second thought. It also did so without robbing them of their natural pre- and post-transients, or tearing them out of context in their temporal sequence, or even blurring them. It easily mastered the dynamic challenges intrinsically found in the record with amazing ease.

Another thing it does perfectly is portraying different characteristics. For example, it's easy to pick out the differences between various pickups, even for people with less trained ears. The rather subtle Audio Technica ART 1 could be clearly distinguished from the full-bodied Benz LPS within seconds. This was even possible when we listened to an old recording of Puccini's "Tosca" with Maria Callas, originally recorded in mono and only trimmed to stereo during the remastering process. It was even easier when Itzhak Perlman spurred his violin on to enthusiastic intensity with skill and fervor in Max Bruch's Concerto No.1 in G minor for violin and orchestra.

We don't want to end the topic of classical music with that, do we? Let's treat ourselves to some more passion with Tchaikovsky's "Pathétique" under Vladimir Ashkenazy. The Hegel V10 left no doubt that it was capable of transporting this pathos to the listener, not even for a second.

Our next stop: London. There, a fantastic live album was created in one weekend and pressed onto orange vinyl. George Benson, singer and guitarist of the highest class, was there and brought his band along with him. The atmosphere of the two concerts, condensed into one evening, is captured here in rare intensity. The sheer virtuosity of Benson on his Ibanez guitar as well as the playing of the accompanying musicians provides pure musical delight. Another convincing aspect is the palpability of the enthusiasm the audience has, which is already overflowing in the opener "Give Me The Night", and remains distinct in each of the other 13 tracks.

An album by the grand master of flamenco guitar was next up on our turntable: Paco de Lucia and his "Concierto de Aranjuez" proved once again how great and mournful a loss his too early death in 2014 was to the world of music. Therein, it was the merit of the V10 to combine his emotionality with the pure skill he offered. At the same time, it gave the orchestra its due, if not limitless space; and presented individual instruments in a detached way, while always keeping them in combination with the entire sound image.

Afterwards, it was similarly convincing how the V10 got along with the German (rock-)singer Wolfgang Niedecken. The musician from Cologne has recorded the Album "Complizen" alone with a few others in 1987, as opposed to with his usual band BAP. In direct comparison to his work with the band, the album comes along a little easier and more lighthearted in the most songs; yes, downright good-humored and cheerful at times. Considering that the text is sung in the local Colognian [Kölsch] dialect, even Germans won't understand much. Someone who is fluent in the dialect will probably still only discern fragments, unless provided with a booklet containing the lyrics. Yet, this phono preamp makes the best of it. One or the other passage actually opens up to you simply by listening. In the numerous cases of doubt, the booklet included in our version of the record helps, in which even translations into "normal" German can be found, if that helps you. There, dear fans of streaming music, the ancient vinyl record has set standards in terms of user-friendliness and still does so today.

If you perhaps would like a display or a remote control with your device – abandoning that wish is quite easy here, no worries. The Hegel V10 comes at a still moderate price, and easily puts the sonic merits of listening to vinyl records into a very bright light!

Discretely built transistor phono preamplifier equipped with useful features and an excellent sound, not only when taking the price into account. Comfort features such as remote control or a display were omitted in favor of the sound. 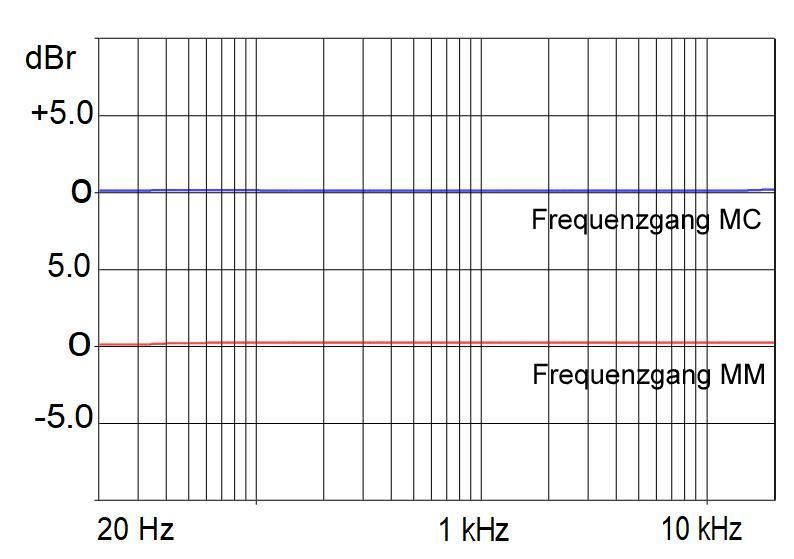 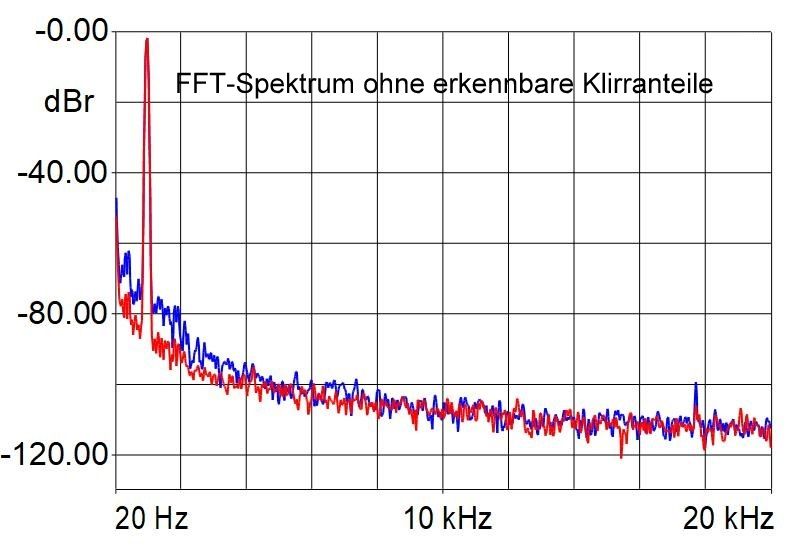 Very good to excellent measurement results – no noise, frequency response as smooth as it can be, distortion extremely low – very good performance!

The 75-year-old American, who has long enjoyed a legendary status, presents the successful balancing act between intensity and ease. And that in London's Ronnie Scotts Jazz Club in front of only 250 people. An incredible experience! 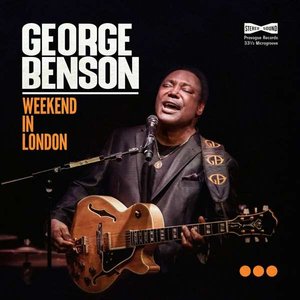