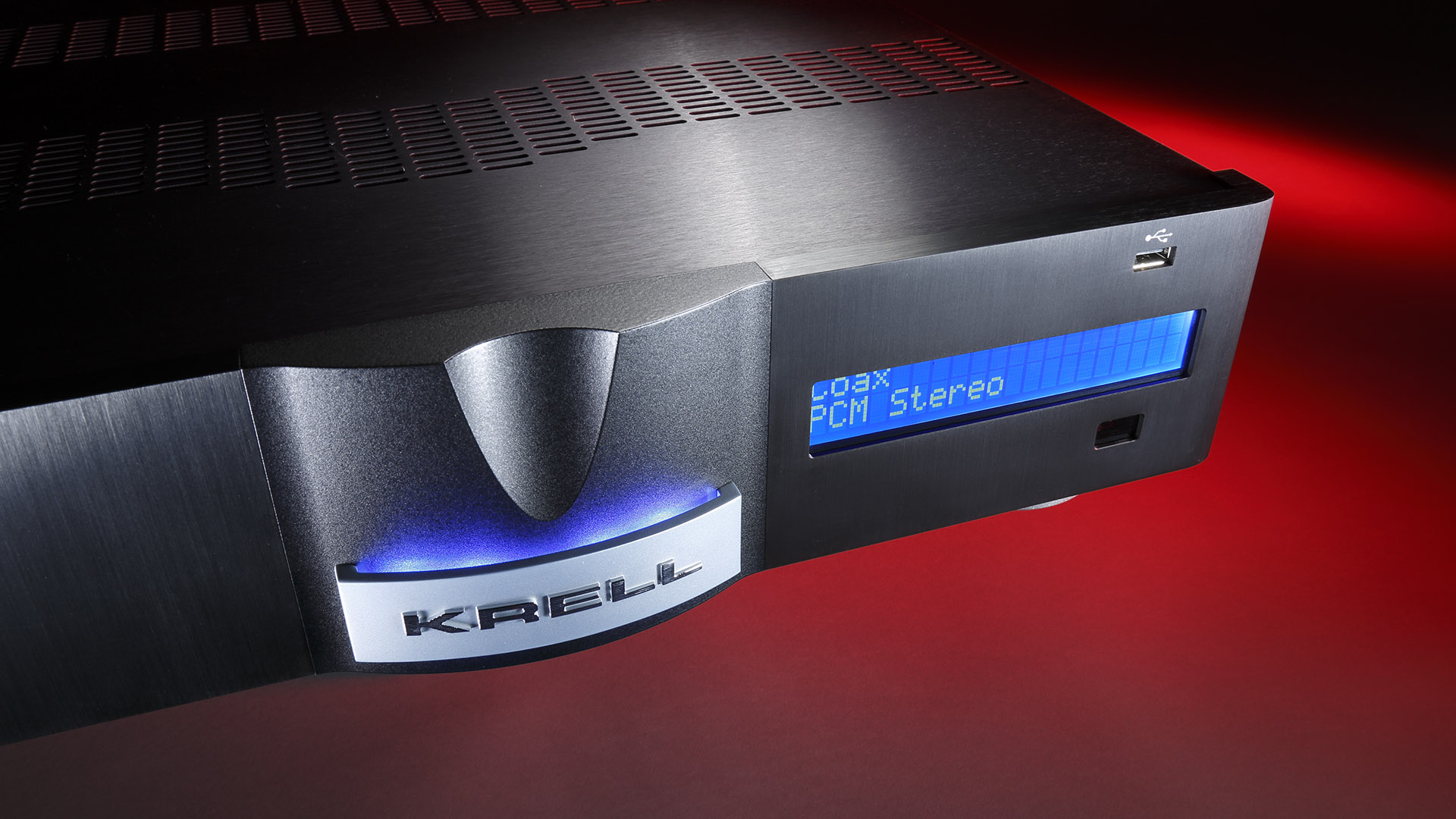 Universal Genius – At first glance, Krell's Vanguard Universal DAC does not appear as universal as the name might suggest. In getting to know it, however, one quickly learns to appreciate the options and possibilities this DAC offers – while doing the same for its sound!

It was one of our recent highlights: Krell's flat integrated amplifier K-300i in the STEREO listening room. Its dominant conciseness and relentless firmness on top of the neat smoothness and finesse were as astonishing as they were thrilling, even when keeping in mind the predecessors of the "300" series of integrated amplifiers, which always captivated in this way. In memory of inspiring listening hours with this device, we wondered whether the Vanguard Universal DAC of the American high-end veteran would be able to produce a similar excitement.

These two will probably never meet, because the amplifier already has a high-quality converter module on board. Still, the Universal DAC could help some systems to achieve more musical fire and expression, by bringing more emotion and heat to a wide variety of digital sources. However, one can not use a PC or Mac as data supplier as a part of such a system, at least when relying on cables. Surprisingly, the Krell DAC does not have a USB-B port, so that we could only connect those computers via Bluetooth aptX. While this worked without a problem and sounded great, it has to be considered as not optimal, due to the limited bandwidth.

At least there is a USB-A socket for hard drives and flash drives on the, otherwise quite empty, front panel. These can only be selected using the free "mConnect" app, though, for which the device must be connected to a network. We take this feature for granted, especially cosnidering that the number of inputs is not that large: a fiber optic and a coaxial digital input. You won't find a balanced AES/EBU socket on the Universal DAC. As a special feature, there are two HDMI inputs and one corresponding output, which allows the Krell to be integrated nicely into high-quality AV chains.

Additionally, it "understands" MQA files. The smart "Master Quality Authenticated" system, in which high-bit information is hidden in smaller formats and only revealed during playback, is used for example by Tidal. There, it is offered in the slightly more expensive "HiFi" subscription, in order to transmit better sound quality in a more compact form and thus save bandwidth. However, the Krell DAC decodes MQA music only if it is fed to it via LAN, ergo streamed. It does not decode data supplied coaxially from an MQA CD. This is probably acceptable though, because MQA CDs are very rare in Germany and mostly only available via mail order, while MQA streaming via Tidal is incredibly easy.

This American still has another ace up his sleeve: it is "Roon ready". Thus, it can be integrated as an output device into this really ingenious music management software, which worked right away smoothly in our experiments.

In general, the DAC, which is quite "universal" considering this feature, did not present any hurdles in handling. The operation is done almost exclusively via the solid metal remote, which also commands other Krell components. Any options that are not directly accessible here can be found in the menu. Among them is a switch between the pure high level mode – offering a fixed output level for connecting the Universal DAC to a preamp or integrated amplifier – and an adjustable output, including balance shift, to directly drive a power amplifier or active loudspeakers.

Sometimes this comes at a price though. Not so with this Krell DAC, which activates a 100-step volume control in the "preamp" mode. For insiders: The output voltage of around two volts at digital "0" decibel only corresponds to level "60". This shows that it has enough energy to drive even less sensitive power amplifiers. The fully balanced "Sabre" chip made by the specialist ESS Technology – a kind of "gold standard" for high-quality DACs – operates a powerful output stage with current feedback, the same that can be found in Krell's stand-alone preamplifier Illusion II. American machines never had problems with power anyway – neither on a large, nor a small scale, such as we see here.

In the listening test, the Vanguard Universal DAC did not fail to deliver the crisp and bold performance we had hoped for, especially when we used it directly together with Accustic Arts' reference power amplifier. The bass range seemed to be controlled very tight and the sound image radiated with the sturdy dynamics and athleticism that have always been part and image of the high-end pioneer. The impulses of Monty Alexander's "Moaninʼ" blasted fiercely out of the loudspeakers, while the bass line could be traced right down to the lowest frequencies. Nothing was blurred or remained unclear.

It is nice that the Krell does not exaggerate the upper layers in order to achieve the impression of freshness and alertness. On the contrary, in spite of all the clarity through which piano notes, for example, stand out strikingly, the highs appeared rather soft, fragrant and homogeneous. Finely set hi-hat swabs burst like little soap bubbles in the background, as the Krell DAC fully delivered in terms of resolution and three-dimensionality, while simultaneously keeping a firm grip.

When we switched to the "DAC" mode and put the preamplifier from Accustic Arts between Krell and the power amplifier, this impression was somewhat softened. Now the timing wasn't quite as urgent anymore, but the overall impression became more relaxed, because the American didn't seem to be looking for the next dynamic jump. In comparison, it was more relaxed, while at the same time staying fully engaged, so that more calm composure took the place of ultimate concentration.

In combination with the enlarged sound image in each direction, this result could be considered more "high-end", due to the more mature and serene performance. But even as a pre-amp DAC the Krell, fed from a sizeable toroidal transformer, delivered an excellent performance and, in the case of exclusively digital music suppliers, can make even high-quality preamplifiers superfluous.

Either way, it was a feeling of pure joy to switch between the most diverse sources using iPad commands. While we were listening to the US guitarist Alex de Grassi, as an MP3 file via Bluetooth just a moment ago, the switch to the new Pat Metheny album "From This Place" was fast as lightning. We streamed the latter from Tidal as an MQA file in 24-bit/48 kilohertz format, with Roon providing the software interface and the Krell Vanguard Universal DAC unzipping the file to the original 24-bit/96 kilohertz format. The pieces in which the Hollywood Studio Symphony Orchestra participated sounded correspondingly complex, resolved and multifaceted.

Then we went right on to the USB stick that was plugged in, from which we pulled files in all imaginable PCM formats, up to the ultimate 24 Bit/192 kHz as well as DSD bit streams. There, the display always indicated the data rate, which was not the case if the coaxial or optical input were used, and additionally was not very easy to read despite the adjustability of the contrast. While these latter points led to some disappointment, you usually know right away what is being played if you use these inputs. Now the control was in the hands of the "mConnect" app, which even took over the level control when the preamplifier was activated.

While all of this might sound quite complex, it was actually not complicated at all. Even newcomers to modern media can easily handle the Krell DAC after a short introduction and a little practice. For example, the Vanguard Universal DAC didn't skip once during our hours of listening, which is an important aspect, as well as an advantage of this universal talent – a genius in its own way.

Thanks to MQA and Roon, the only source device in Krell's current program is fully up to date and, especially in preamp operation, follows the manufacturer's concise and dynamic philosophy. A superbly processed streaming DAC of the top class at a reasonable price. 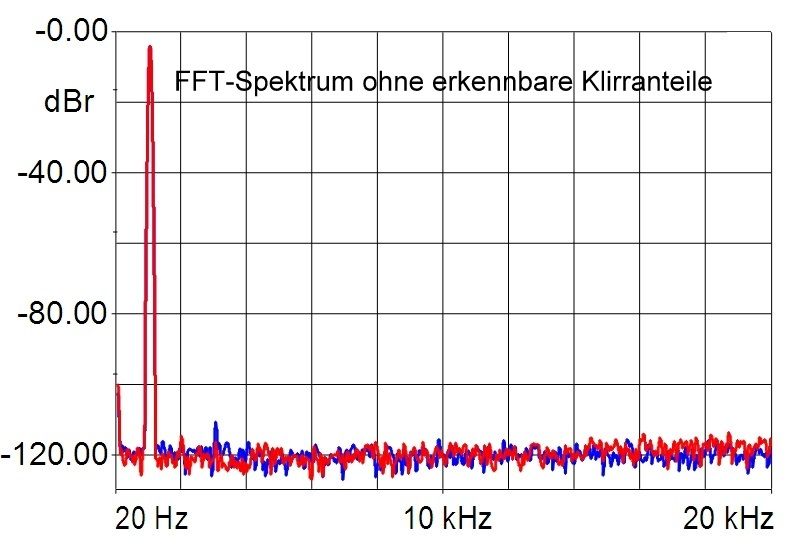