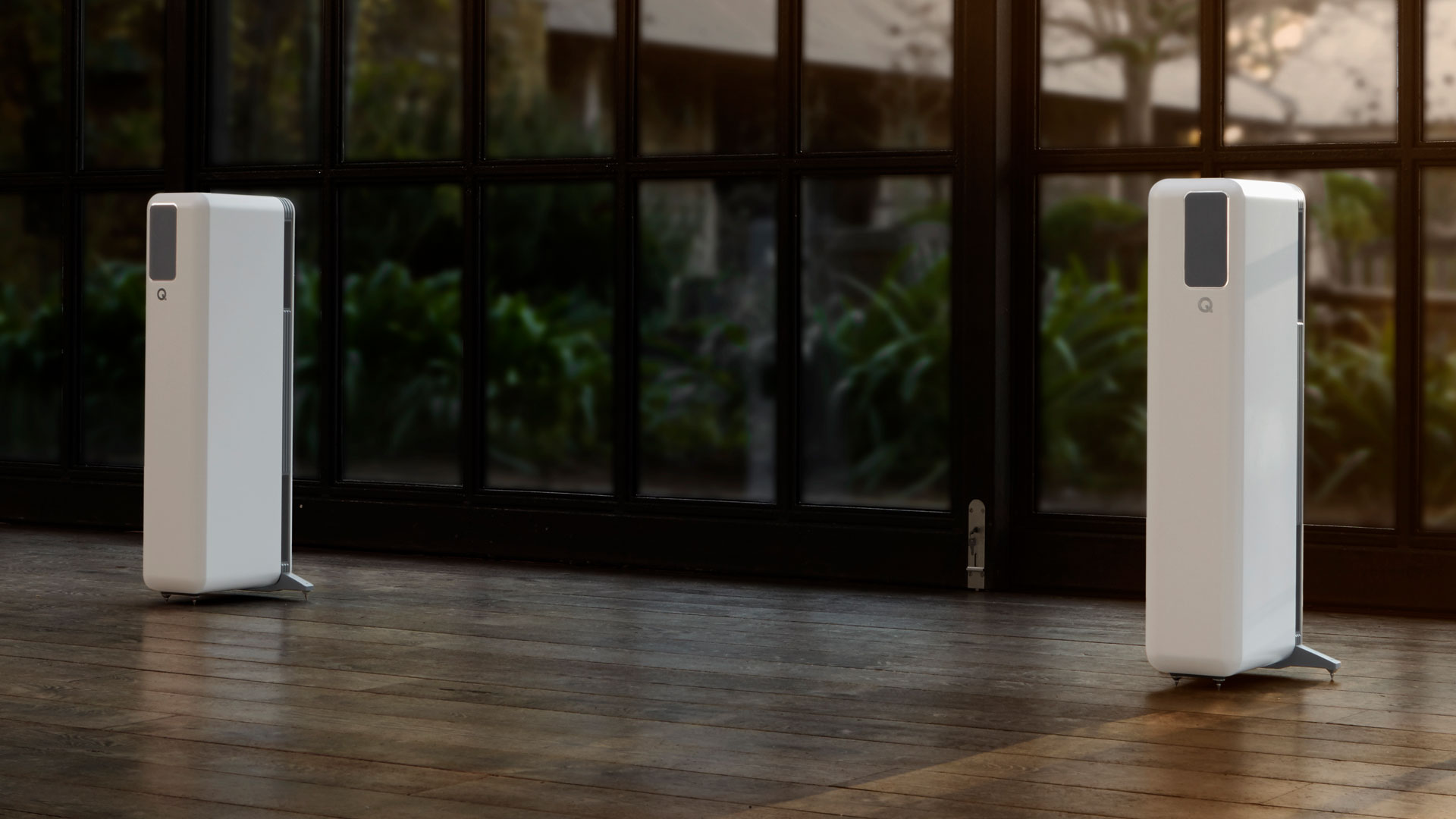 With Roon and Chromecast

After the standoumt speakers Q Active 200, Q Acoustics are expanding their active and wireless series with the floorstanding speakers Q Active 400. Just like the smaller model, these are operated via the included "Control Hub".

The Control Hub is connected via Ethernet or Wi-Fi and is initially available for Google Chromecast; later also for Amazon Alexa. The hub and the speakers connected to it can then be controlled via the remote or voice command. The "Control Hub" converts all music signals into 24-bit/96kHz Hi-Res audio before sending them wirelessly to the speakers.

Connections are provided by the "Control Hub" in the form of an HDMI ARC input, an optical digital input, an analog line-level input that can be switched to phono MM, and a subwoofer output.

The speakers can also be operated completely wireless via Bluetooth, Apple AirPlay 2, Roon and Spotify Connect. Using the respective app of the streaming providers Amazon Music, Apple Music, Deezer, Qobuz, Spotify and Tidal, the speakers of the Q Active series can also be controlled directly thanks to Chromecast – including multi-room playback. The additional UPnP functionality also allows for streaming digital music from a computer or NAS drive.

The Q Acoustics Q Active 400 are supposed to be available starting in June*, at an MSRP of about 3000 euros*.