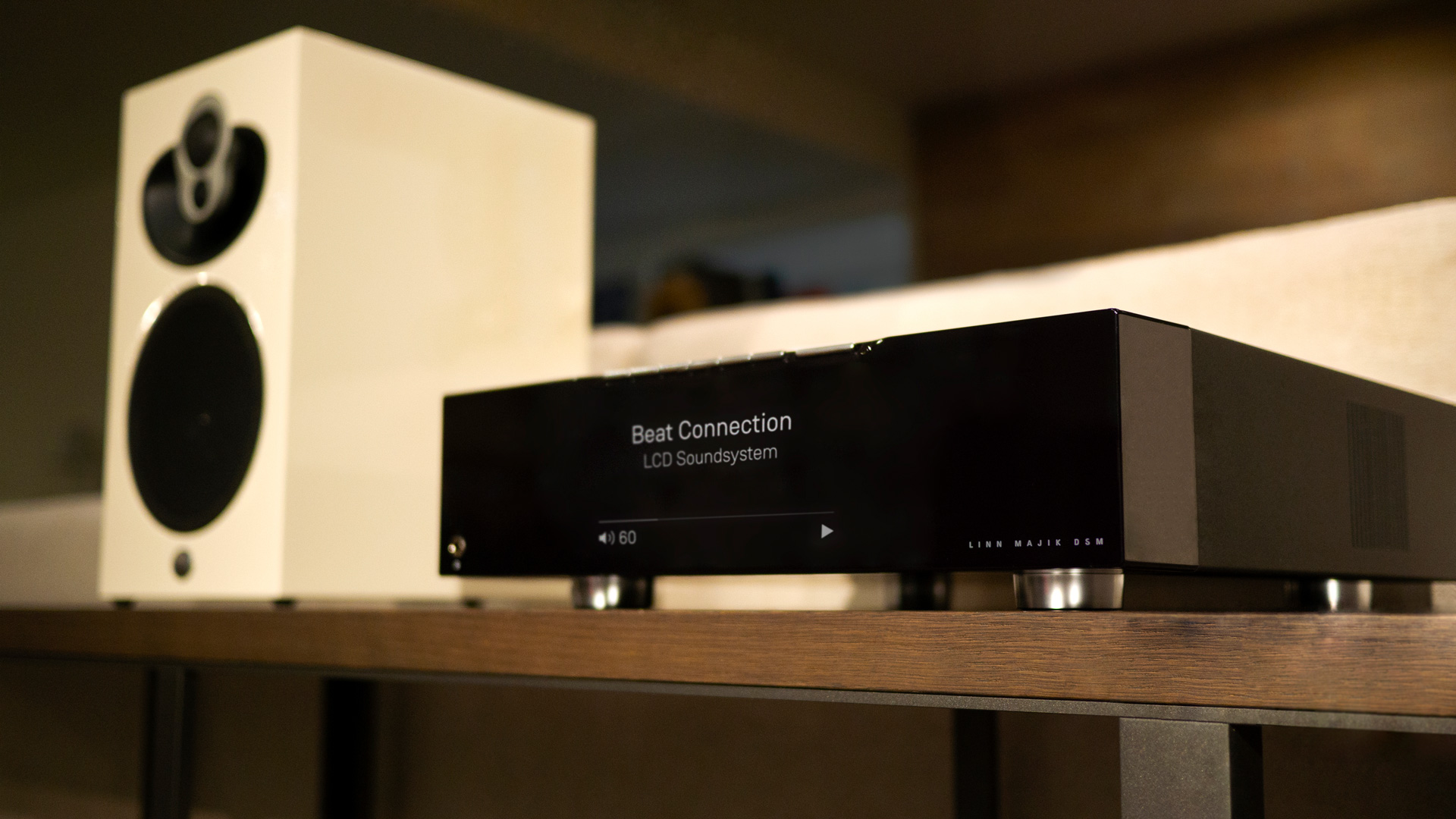 Classic with new "look and feel"

Linn has redesigned its best-selling product of the last ten years – the Majik DSM streaming amplifier – visually, technically and featurewise.

The Linn Majik DSM is still a combination of network music player and integrated amplifier. On the technical side, revisions to the DAC implementation, power amplification and volume control have been supported by a new, more powerful processing platform. The DAC architecture is derived from Linn's Katalyst technology, including improved upsampling, a lower noise reference voltage, and an ultra-low jitter clock for more accurate timing.

Linn's proprietary Class D power amplifiers are designed to provide lower noise and distortion and more efficient signal conversion. The volume control is implemented digitally in the new Majik DSM, which, according to the manufacturer, removes a lossy component from the signal path, reducing both noise and distortion. Linns Space Optimisation technology for room correction is also on board.

On the connection side, there are again four HDMI inputs available, which are also 4K compatible. In addition, there is a single switchable RCA input for either Phono MM or Line Level, as well as a digital input each for  optical, USB-B and coax – the predecessor had at least three each plus additional outputs.

For streaming functions there is a LAN connection as well as WiFi and Bluetooth connectivity. Outputs are either via a line output in cinch, a headphone jack on the front or directly into the speakers via terminals.

Six customisable smart buttons provide personalised and instant access to content directly on the device. This could be audio from any source, be it a favourite track, a new album or a music source such as a radio station, streaming service or record player.

The new Majik DSM is now available in black from Linn dealers worldwide, replacing its predecessor. The Majik DSM is expected to cost approximately €2,950 excluding VAT.