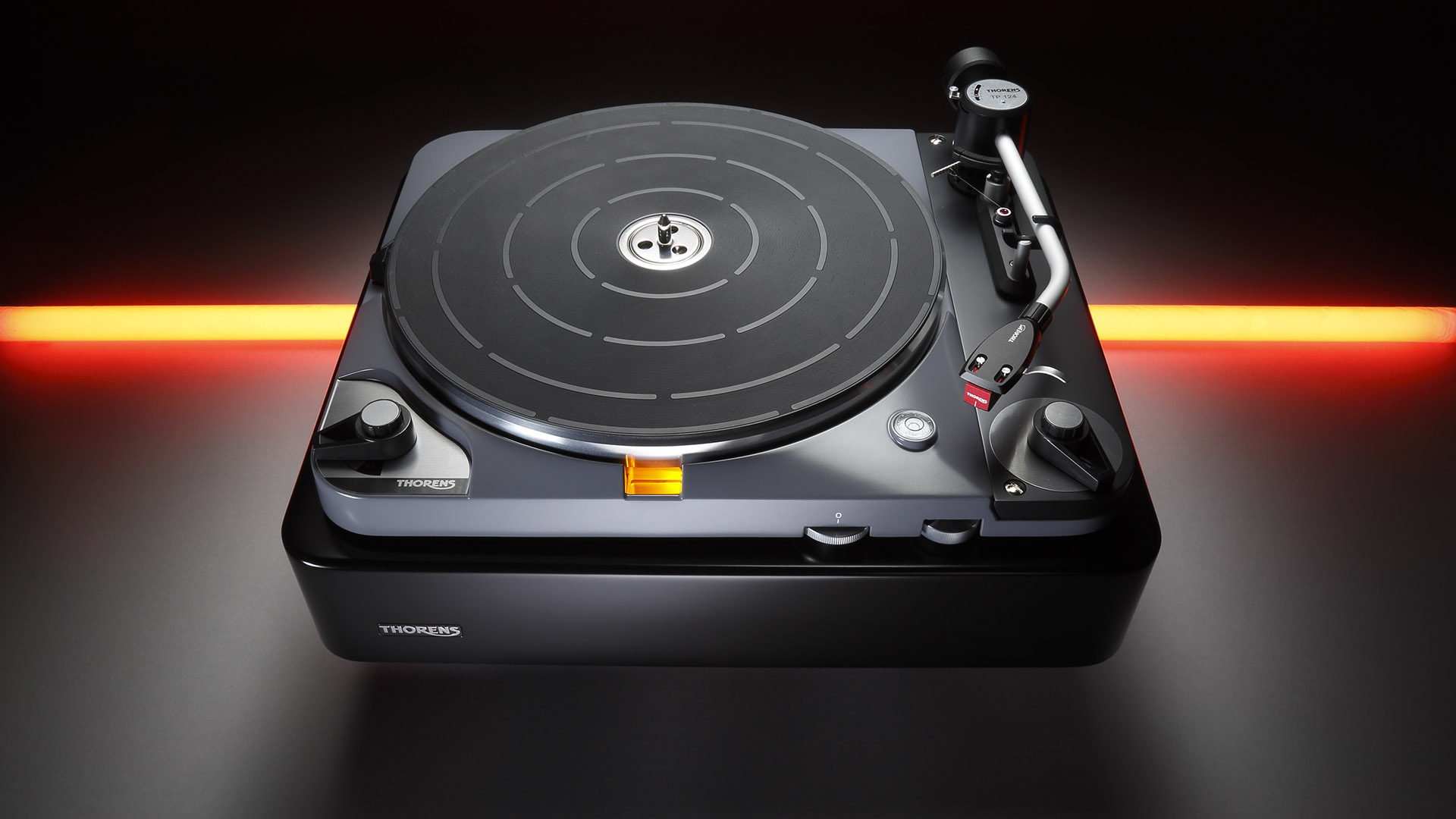 A Bold Choice – In manufacturing this replica of the famous TD124, Thorens is venturing into perhaps the greatest legend of its glorious analog history. Now it is time to see if the new TD124DD has what it takes to be a worthy successor.

BMW has transferred the Mini into the modern era, VW the Beetle and Fiat the 500. That Thorens, under its new owner Gunter Kürten, is continuing the brand's remarkable past was underlined last year by the TD1600/1601 sub-chassis turntables, which are unmistakably related, not only in visuals, to the TD160 – for a long time a kind of "Thorens for the masses".

These 1600-models were quite well-received, not only by tradition-conscious vinyl listeners. Kürten could now land a further, bigger coup with the brand new TD124DD, delivered with a numbered certificate of authenticity. This new Turntable is obviously a reference to the original TD124 – recently celebrated as a hi-fi classic here – even without the clear allusion to its name. It seems downright like a mirror image of the original. On first glance, it might even pass for an excellently preserved model, especially since fans of the TD124 often present their turntables in beautiful cabinets and with all kinds of tonearms. This is indeed something special; such confusion is not really possible with the modern heirs of the cars mentioned above.

The wooden frame, now with rounded corners, still presents a die-cast aluminum plate with drive and tonearm, still decoupled by four height-adjustable "rubber mushrooms" with the original viscosity. On the left hand side is the drop-shaped speed selector switch, which no longer has 78 rpm, probably not a problem for most listeners – shellac records have been niche for a long time now. On the right side is the lift, which we already know from the TD1601, reviewed here.

This motorized lift, buzzing quietly, raises and lowers the tonearm, which is thus an integral part of the TD124DD. It stylishly reproduces the look of the EMT tonearm used in studios and by demanding fans back then – from the J-shaped arm for the necessary cranking, including the typical SME quick release at the front for a quick change of pickups, to the small switch on the bearing for adjusting the tracking force by spring balancer, plus the scale. Anti-skating is adjusted via a small arm on the arm base, whichis pulled by a weight attached to a thread. This disappears through a small hole under the top platter. A ruby bearing keeps the friction low.

Another, literal "analogy" to the large model is the prism attached in the front of the platter – the latter one weighing 3.5 kilograms and made of aluminum. For speed control, the strobe on the underside of the plate can be observed in 50-hertz light through the prism. The control for pitch adjustment, which is equipped with a detent for exactly 33.33 or 45 rpm and, in the case of our test device, precisely pre-adjusted, is now right next to it. Even the flat rubber mat is very reminiscent of the past, and anyone listening to singles can still extend the firmly integrated puck by slightly twisting its silvery surface. Cute!

The TD124DD draws its energy from an external power supply, which – and here we arrive at the most decisive difference to the old TD124, despite all the improvements and optimizations in the most diverse parts – feeds a direct drive, as opposed to an idler drive.

When you lift the platter, you see the ring of current-carrying coils, which is surrounded by the circle of magnets connected to the platter. The trick: like its role model, the "Direct Drive" 124 has a handy and practical quick-stop button that functions electronically instead of mechanically. This is not only a nostalgic accessory, it has also proven itself to be extremely useful for smooth record changing.

The direct drive is supplied by the Taiwanese manufacturer who also aided in designing the entire TD124DD and has a flawless production. "Without the enthusiasm of the Asians for the project, the TD124DD would not have been possible," admits Kürten openly. Thus, the classic TD124 was analyzed extensively and transferred to the digital CAD system in Taiwan, in order to then think about the requirements, possibilities and challenges a new interpretation might present. The replica turntable gradually took shape in a lengthy exchange process, always following the motto: as true to the original and at the same time as contemporary as possible.

As far as the decisive details are concerned, Gunter Kürten was assisted by his reliable specialists. For the tonearm, this was Helmut Thiele, who had already designed the TP92, used extensively for example in the TD1600, as well as more or less the complete turntable. There, as well as in the new model, internal damping of the aluminum arm provides low resonance. Furthermore, Thiele relied on high-precision bearings from Japan and made his EMT replica height-adjustable via a rotating collar on the arm base.

If you remove the small screw on the bearing of the arm, you can lift off its cover and thus gain access to the azimuth adjustment, where you can rotate it around its longitudinal axis to keep the needle exactly vertical in the groove. A "calibration" of the spring tension for the tracking force is also possible here, but should be left to an expert. By the way, it is advisable to adjust this with a tonearm scale, since in the case of our test device the scale proved to be quite inaccurate. Two counterweights of different sizes, which can be locked on the arm after adjustment, are included in the delivery to make the use of a wide range of pickups possible.

The development of the sophisticated motor control system once again fell under the responsibility of Walter Fuchs. He paid particular attention to maximizing smoothness, which is why he reduced the unavoidable jerking when the magnets are pulled past the coils to a minimum. The excellent synchronization values as well as the timing of the retro-Thorens, which combines relaxed flow and concentrated rhythmics, confirm the success – and show it to be at the height of our time.

Direct drives are sometimes said to bring a certain nervousness and agitation to the playback. In spite of this, it was precisely the necessary calmness, overview and composure, combined with simultaneous commitment, as well as the correct feeling for moods and tempi, with which the TD124DD proved its worth. Thus, the nervousness of not-so-high-quality turntables is just as foreign to him as their struggle to get everything right. Yes, you can actually hear that.

The performance of this Thorens, on the other hand, radiates something that is gravitational, or even timelessly unwavering. This largely relieves it of any speculation as to whether it is a design object that produces sound or a musically ambitious high-end component. Please do not confuse this with dreaminess. The turntable rather plays tight, contoured and with vigor. These are exactly the strengths that set it apart from the more affordable TD1601, which already received deservedly high praise. That one, for all its liveliness, tends to rely on a well-rounded analog feeling of well-being. In testing, it was woken up by Audio-Technica's swift AT-ART9 pickup, of course – and now the same is done by a close relative, Thorens' new TAS1600.

The 124DD sounds slim, agile and distinctly structured down to the lowest registers of its gnarled, contoured bass. Since its sinewy playing extends into the middle range, i.e. does not emphasize the fundamental bass, the timbre of voices and instruments never appears thickened or romanticized, but straight. This is another way in which this Thorens does justice to the sober, perfectionist reputation its predecessor has, which was popular in professional studios.

The nostalgic-looking turntable does not compose as spacious as some of the much more expensive representatives of the reference league, but this is only evident in a direct comparison. Still, it not only presented Maria Pihl's "Malvina" with a sculptural and progressive sense of depth, but also precisely placed the three guitarists in their respective places in the fantastically successful Impex Records reissue of the cult record "Friday Night In San Francisco". It didn't really matter which pickup we used.

In daily use, you can quickly forgot the retro background of the 124DD, which is simply a great turntable of high quality that provides a great amount of fun and sparks delight, even excluding the relation to its famous ancestor. Exactly the same as a BMW Mini, which can exist without any reference to the past. In any case, the customer gets a modern classic with a unique charm.

That is why Thorens' "bold choice" of giving a successor to the much admired 124 with its cult following can be considered a complete success. All that remains is the direct drive. However, it will certainly only be a problem for hardcore fans of the original. The new one doesn't stand a chance with them anyway. My advice to all those who want to keep such reservations: don't listen to the "DD". Doing that could get rid of them very quickly.

This turntable skillfully and with great attention to detail references its legendary predecessor TD124 and thus an absolute highlight of the traditional analog brand Thorens. The "DD" incorporates many of the design features of the original, yet is firmly anchored in the present day and absolutely sports state-of-the-art technology. Its direct drive runs smoothly and convinces with sensitive timing. In combination with a high-quality pickup you get an audiophile turntable in the style of a classic. 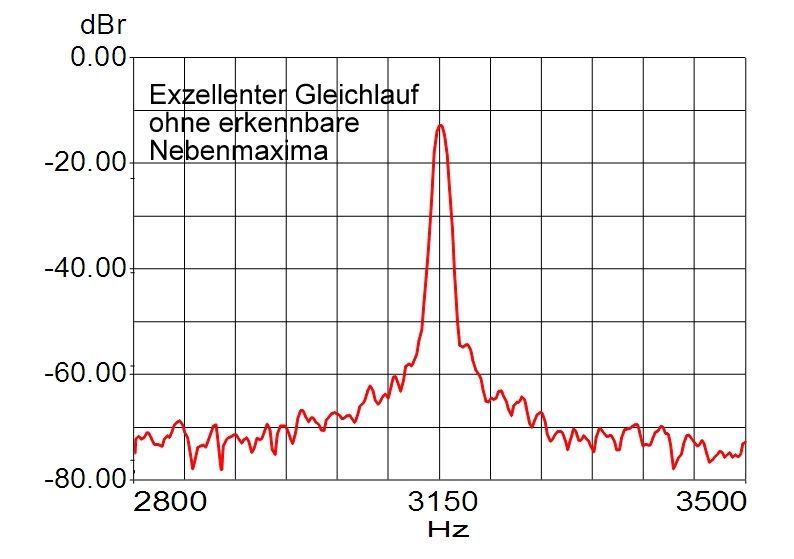 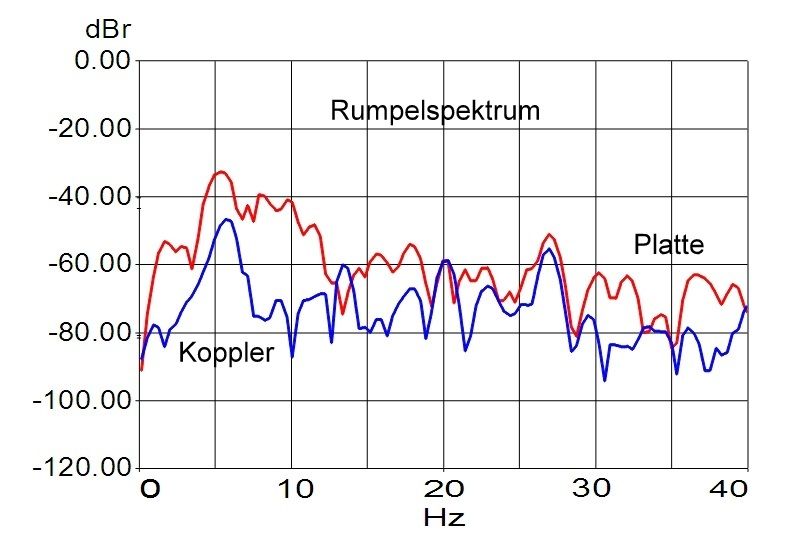 The TD124 was built from 1957 to 1967 in two different versions at the original Thorens factory in Switzerland. The price range during this time was between 440 and 725 DM. For comparison: A VW Beetle cost around 5000 DM in the mid 60s. Thanks to its stiff die-cast aluminum chassis and other features, some of which resulted in patents, the TD124 was to outperform Garrard's 301, also idler driven, which was considered the benchmark at the time. All in all, around 95,000 units were produced.

There might be no reason to venture out in search for a suitable pickup for the TD124DD, as Thorens itself currently offers two MC pickups. One of them is the TAS1600, which comes in a red metal body and costs around 1200 Euros. This is supplied by Audio-Technica, according to Thorens' specifications, and corresponds in many respects to the outstanding AT-ART9 of the Japanese specialist. Like the latter, the TAS1600 offers a hard, stiff boron needle carrier with a diamond tip in an elaborate "SLC" (Super Line Contact) cut for finest detail work. The suspension, or damping, was obviously carefully adapted to the requirements of the TD124 and seems to us to be somewhat softer. Thus, the sound, compared to the ART9, has the same delicacy and impulsiveness while being a touch milder and more sonorous, ergo not quite as much "on the razor´s edge". Conclusion: A top MC at a reasonable price – not only on the new 124 turntable.

The SPU 124, which comes from Ortofon and is mounted in a bakelite box with an SME connection, is a real gem. It has a naked, i.e. without weighty solder cone, elliptically cut stone on the aluminum carrier and is absolutely in proper style. It is clear that its ancestors already played on the original 124. The SPU 124, which costs just under 2000 Euros, runs at 30 millinewton tracking force and – unlike many a "quieter" SPU variant – offers an MC-standard output voltage of almost exactly 0.5 millivolts (we measured at 1 kHz, 5 cm/sec).

With both pickups, the TD124DD delivers sound images that are as high class as they are convincing, and which maintain a certain individual touch: the TAS1600 tends towards the subtle and filigree, while the SPU 124 appears somewhat more immediate and gripping. Since it also conveys the golden glow of bygone days in a noble way, it adds even more to the character of Thorens' retro turntable.