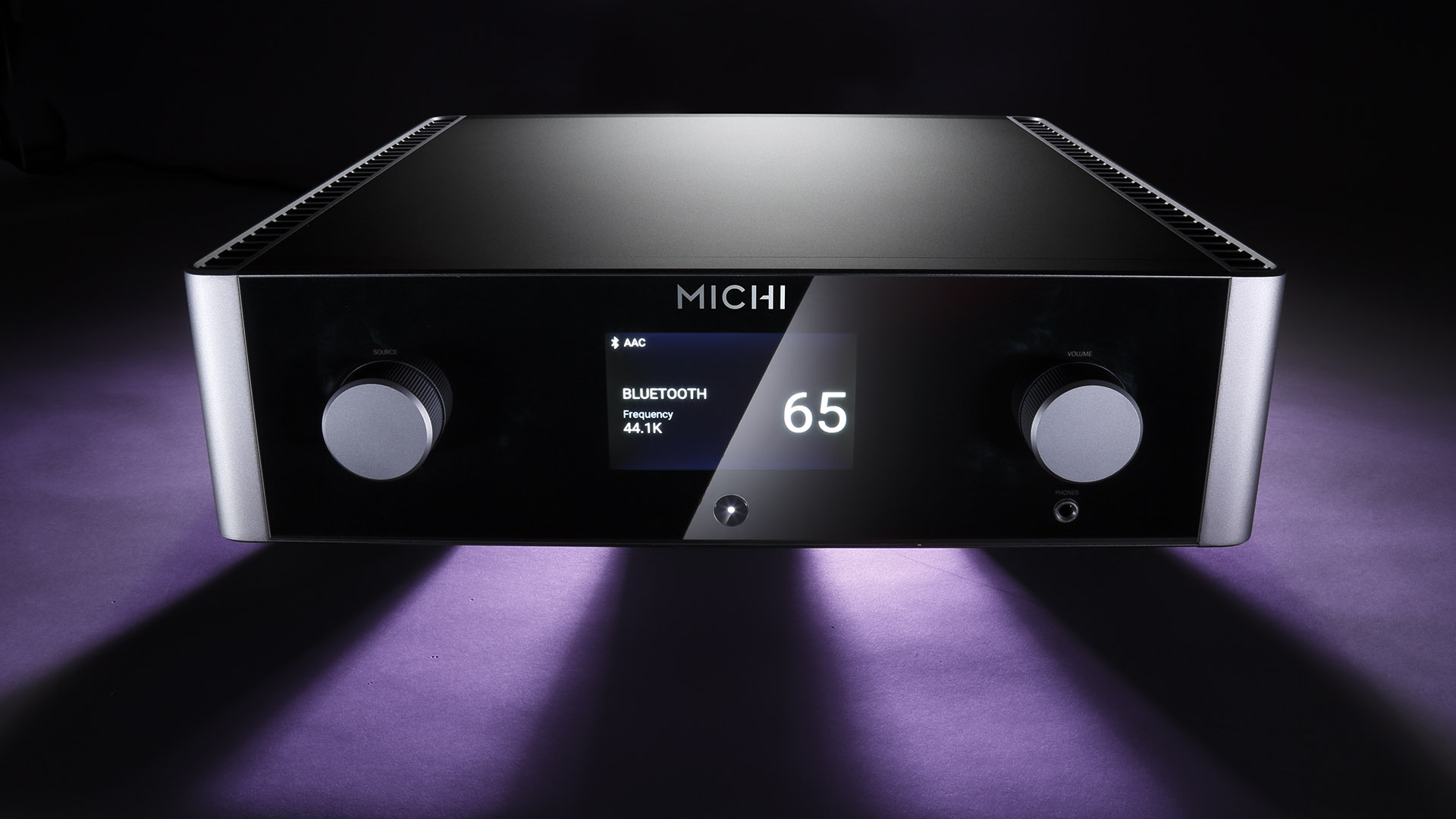 Behold the Power – Rotel's new integrated amplifier "X3" is the entry into their high-end "Michi" series. Does it have the perks of the even bigger amps? It certainly has the power!

They have somewhat of a square shape, offer many practical uses and are quite good – that's how an introduction to this line of devices might start. We mean the sizable, equally wide and deep, black amplifiers coming from Rotel's "Michi" series. About one year ago, the company continued its unforgettable tradition of highly sophisticated components bearing that name. "Cheap" is still missing from that description. The Pre P5 as well as the stereo power amplifier S5 and the mono blocks M8 are anything but cheap, in absolute terms. Still, they proved to be as excellently equipped as powerful and offered convincing sound for the money.

Nevertheless, the combination of P5 and S5 does indeed cost around 9500 Euros. That is quite some money. On the bright side, that does help to increase the attractiveness of the brand-new X3 integrated amplifier: it is housed in the flatter, hermetically tight and screwlessly "armored" cabinet of the preamplifier and comes at a price of about 5000 Euros. For this amount of money, it offers the full package including digital inputs along with a future-proof DAC, phono MM and a strong power amp. The latter is obviously far away from the more than 1000 watts of impulse power per channel the S5 offers, but twice 460 watts is also not to be underestimated! Achieving this requires material input, which is reflected in the weight: The X3 weighs almost 30 kilograms and is thus a true and solid entry to the Michi family.

The effort that has been put into it can hardly be seen, though. As usual, the capabilities of the high-end Rotel are hidden behind a dark glass front. This one can be illuminated in various ways via the extensive menu: Either the selected input and volume is displayed – the latter in large numbers that are easily recognizable even from a distance – or you select a power meter that can be set in four different sensitivities. Then you can already see the little red bars twitch, even when it is only producing low levels. In a third variant, the dimmable and switchable display shows the energy distribution within the music signal over the frequency band. Here, too, the resolution can be selected in several stages.

Just a gimmick? Maybe, but sometimes useful or even enlightening. On top of that, a sound and balance control divided into bass and treble can be accessed by pressing a button on the slim remote. Of course, the desired corrections can also be made via the few buttons on it, so that you can follow the respective changes directly from your listening position.

Other options include the individual naming of the numerous analog and digital inputs, which can be overridden when not in use. Or you could tinker with the automatic shutdown, which can be deactivated or changed to wait a shorter or longer time after the last sound was produced. Even the brightness of the tiny power LED at the front is adjustable.

In consideration of the fact that modern listeners have many digital sources, there are six corresponding inputs on the amp – three each in coaxial and optical versions. On top of that, a USB interface for PC or Mac is also present, with which PCM formats of up to 32 bit/384 kilohertz or DSD128 can be transferred. To prevent any possible misconceptions, that the X3 might be offering a network player or might be able to directly read USB drives and external hard drives: The Ethernet and USB-A inputs are only for possible future software upgrades and to power USB equipment. To somewhat make up for that, there's Bluetooth connectivity in superior apt-X technology. Very nice to have, in case you want to connect a mobile phone to the Michi Amp, for example.

If you want to bi-amp with an additional power amp or drive active subwoofers from the X3, you'll also find suitable RCA connections for that. In addition, one of the five analog inputs is present in the XLR standard, and twofold speaker terminals are available.

The volume control works in 96 steps. It is designed in such a way that you'll only reach the full output of the amplifier when going into the highest numbers of that scale. Well, at least when using normal high-level sources such as CD players or streamers – regardless of whether they are connected analog or digitally. There should be no objection to that, because this way you have a wide range in which you can change the volume – and of course it can drive normal speakers to be pretty loud.

Not the case with the phono stage. We tried that with a cartridge from Ortofon's popular 2M series that has a higher output voltage than most MM colleagues anyway – not to mention high output MCs – and we turned the volume up and up again. Then, suddenly, it was over, and the display showed "MAX" without us even coming close to the levels previously achieved – and the power meter barely scratched the minus ten decibel mark when playing normally recorded pop records. It simply lacks headroom. As a result, you can listen to your vinyl records at a relatively loud level, but never "really loud". Therefore, the Michi X3 is only partially suitable for excessive vinyl parties.

That's too bad, because the phono segment sounds really good in fact: homogeneous, spatial, and with well-polished coarse as well as fine dynamics. This applies to the entire Rotel amplifier, without any doubt. It's simply great to experience the ease with which it activates its abundant reserves of power. It is somewhat similar to driving a large-volume V8 engine on a street where you could reach the speed limit with your bicycle: the Michi always gives you an idea of its power, even at low levels. It sounds strong and powerful, but by no means rowdy or cocky. It kicks impulses around at will and almost gleefully kneads the woofer membranes when entering higher levels; all that with the secure grip of ten bipolar power transistors – per channel, of course. The X3 gave little care to the fact if it was paired with DALI's comparatively easier-to-handle Epicon 6 or a more demanding B&W 800 D3. It always prevailed effortlessly.

The things I liked so much about the top Michis – their calm yet exciting, dynamically as well as spatially expansive performance – are also to be found in the "small" integrated amplifier's performance, skillfully balancing between composure and commitment. "Young At Heart" by Paul Kuhn and the Best came with that laid-back attitude that gives the big band song its cheerful, relaxed mood.

Concentration without nervousness, on the other hand, defines "Tres Luceros" with Kevin Seddiki & Sandra Rumolino. It is also quite energetically focused, while staying incredibly natural. The abrupt and violent bass beats driving under the subtle playing of the guitar were shot out of the speakers by the X3 effortlessly, controlled and masterful. The lower registers were firm and crisp, without being stringy.

The solidly built Rotel amp proved its high degree of clarity and structure with Maria Pihl's "Malvina". Her present voice appeared in front of synthesizer swaths staggering into the depths like clouds running towards the horizon. In the Red Norvo Quintet's upbeat live performance of "Saturday Night," the quietly babbling audience could be heard at a clear distance from the front edge of the stage. On there, the bandleader heartily and cheerfully made his vibraphone pop while the rest of the band grouped orderly around him.

Once again, the calm, composed basic timbre was captivating. If it is true that particularly fast amps tend to reveal a deliberate rather than jittery pace, the new Rotel can only be called extremely quick – while leaving nothing to be desired in terms of sound. This makes the Michi X3 considerably fascinating, while also proving that it has much more to offer than cool, dark visuals and sheer power. 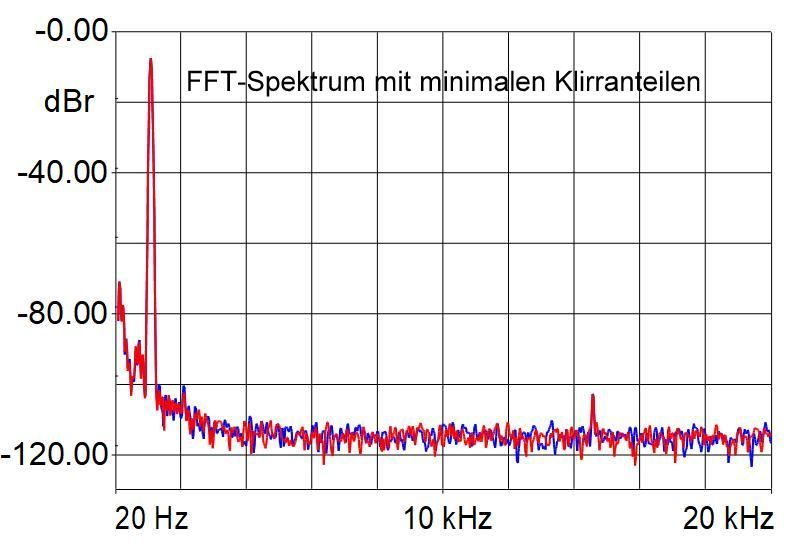 The display, which can be dimmed and also switched off, offers a long list of possibilities: It can be used as a power display that is variable in sensitivity, to name one example. In the spectral mode, the energy of the music signal is displayed in different frequency bands, while the many diverse options are obviously also displayed.

The X3 also handles DSD (Direct Stream Digital) formats; whereas DSD128 denotes a data rate of twice that which an SACD has, with a bandwidth of 5.6 megahertz.