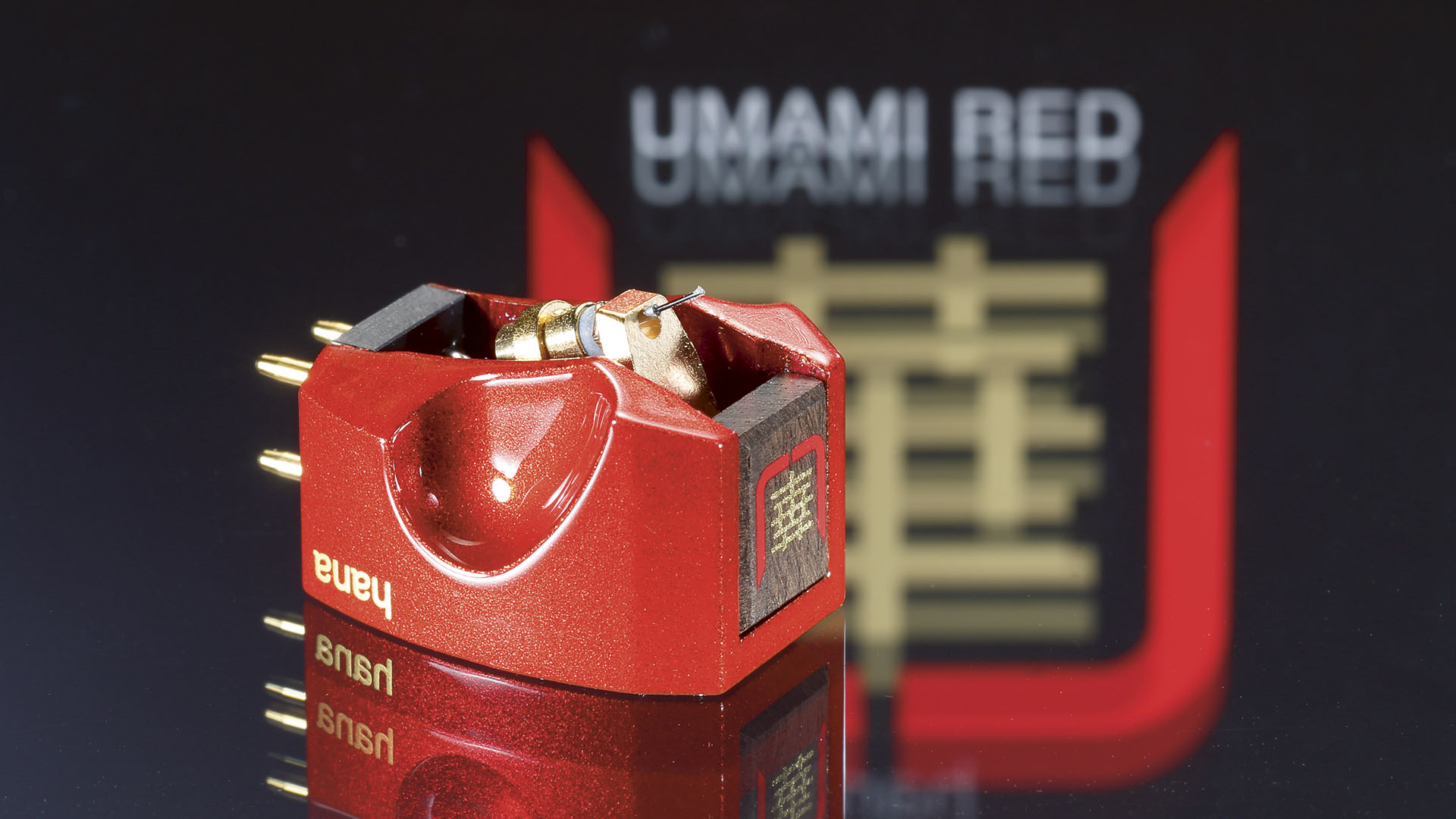 Refined Taste – Since its debut in 2016, the Japanese brand Hana has quickly become a gourmet tip among connoisseurs of analog technology. Now, they are presenting their new high-end MC cartridge Umami Red for a taste-test.

Under the Hana brand, the developers of the Japanese cartridge manufacturer Excel Sound have slowly made their way from the bottom right up to the highest league. This journey began with the MC pickups "E" and "S" for 450 and 650 Euros respectively, each of which is available in a classic "L"ow and as a "H"igh output variant intended for phono MM inputs. The same applies to the ML and MH pickups introduced at the end of 2018 for around 1150 Euros. All different types of Hana cartridges are usually among the stars of their respective price ranges, which soon solidified their status as "insider tip" into an outright excellent reputation.

Only a real high-class MC pickup was still missing. The Excel team around chief developer Masao Okada has sufficiently proven that they can develop and build such devices, for example with noble systems for Accuphase, Shelter or Sumiko. Thus, it was only a matter of time until Hana would crown its range with a state-of-the-art cartridge.

Here it is now, already making this claim clear via its looks. Unlike the casings of the smaller Hana models, which are made of a durable plastic, the Umami Red – named according to the fifth gustatory category "Umami", which stands for "savory", "aromatic" and even "tasty", in contrast to sweet, sour, salty and bitter – is presented in a body made of particularly strong duralumin with an enchantingly beautiful red Urushi lacquer finish. In employing this, Hana aims to combine high-tech with traditional Japanese craftsmanship. And what could be more fitting for the task than this jewel of a luxury pickup?

To increase resonance fine-tuning, the side parts of this Hana, which weighs around ten grams, are modeled after the ear (or, more specifically, the auricle). The ebony plate embedded in the front has the same aim. The Umami Red is supposed to be seasoned with refinement, so to speak, down to the tiniest aromatic flavors.

For the same reason, various parts – such as the open generator formed from the finest coils and powerful samarium-cobalt magnets – were cryogenically treated before installation; that is, cooled to a temperature close to absolute zero, which is supposed to relax the usually pre-processed materials and homogenize their molecular structures. Other manufacturers also rely on this method, which is sometimes referred to as "voodoo", aiming for improvements and advantages to the sound.

Still, the Umami Red has no connection with any sort of complicated "voodoo" at all. Case in point: hardly any high-end pickup is more unproblematic in handling. This Japanese MC cartridge, designed for common tonearms of a medium weight, requires neither an exotic load impedance nor any other "special treatment". Due to its low internal resistance of six ohms it plays optimally at the 100 ohms input impedance of common phono preamps. The tracking force, required for clean scanning and balanced naturalness, is set at a practical 20 millinewtons. The manufacturer says the output voltage is at 0.4 millivolts, already quite unproblematic, but it was even slightly higher in our measurements.

Thus, the Hana is not one of those extremely "quiet" types often found in the top league, which feed their phono preamplifier only meagerly, with possible damages to the sound, and also require extremely low-noise partners. All this proves its usability in a wide variety of environments. The clear space below the body of this system is also a great feature. Thus, it does not touch down on the record, even if it is heavily warped. The danger of a complicated assembly, due to the rather short threads, is neutralized by the three pairs of screws that are included in the delivery, differentiated in one-millimeter increments. One set is guaranteed to fit!

At the beginning of the electromechanical signal chain of the Umami Red is a diamond with a sophisticated "Microline" cut, clearly one of my favorites. A stiff and hard, yet lightweight boron rod transmits its vibrations to the cartridge itself, which in turn translates them into voltages that can be picked up via four 24-karat gold-plated pins that sit in a carrier plate made of dimensionally stable polyether ether ketone, or PEEK for short.

Now, one might say that Hana's "ML" also has a microline diamond and many high-quality parts, and that for less than a third of the price of the Umami Red. Nevertheless, it hardly plays or sounds close to its big brother – as a short comparison revealed. This is not at all due to the ML's supposed shortcomings, but stems from the excellence of the new top model.

Its silky elegance and perfect naturalness are particularly impressive. The outright sparkling fireworks that Sol Gabetta ignites with her "Cappella" at Vivaldi concerts thus became a tingling pleasure. The pieces, captured in the natural ambience of the Salle de musique in La Chaux-de-Fonds, France, tickled our eardrums with a flood of details. The Umami Red played unbridled and yet extremely disciplined, giving free rein to fortissimo attacks but not forgetting the all-important echo of the room, which enveloped the whole performance.

Has Vivaldi factored in the acoustics of the performance venue in the waving, rising and falling dynamics of his Allegri? The fluid suppleness as well as the undisguised resolution of the Hana, fine as powdered sugar, suggested as much. At the same time, witnessing the (musical) color palette fanning out was enchanting. The alomst resinous strokes of the cellos came across as close to the skin, pleasantly tingling, as did the violins whirring through all possible pitches.

The Umami Red easily demonstrated the frenzy and finesse of which it is capable with Diana Krall's "I Love Being Here With You", the opener of her live album from the Olympia in Paris and a listening test classic that has been used countless times. The artist and her band acted uninhibited and recognizable down to the tiniest facets in the spacious acoustic backdrop of the hall, whose dimensions could already be experienced during the entrance applause. The title is rarely served with such a delicacy and structure in the depths.

A very hard task for every pickup is "Alchemy" from the '78 ECM album "Arcade" by the John Abercrombie Quartet. In this incredibly dense composition, drummer Peter Donald provides a misty background with the rise of lucid clouds from his hi-hat; the melodiously intertwined instruments form a delicate web as if gently cradled by the wind – pure aesthetics. In complete darkness, I immersed myself in this piece, which was accompanied by the looming and lurking bass of George Mraz, and almost lost myself in it, as the Hana pickup so masterfully combined its fragile parts into a weightless whole.

The Umami Red does not pose a question of taste or even lets it arise. It is a not only perfectly, but also exquisitely arranged and prepared MC pickup!

After little delicious pralinés in the medium and higher MC classes, Hana serves its ultimate delicacy. The Umami Red, which alludes to gustatory stimuli, is a sensual experience. Not for the palate, but all the more so for the ears. Apart from all these fanciful paraphrases, it is a cartridge of the absolute top league with outstanding capabilities – and at the corresponding price. 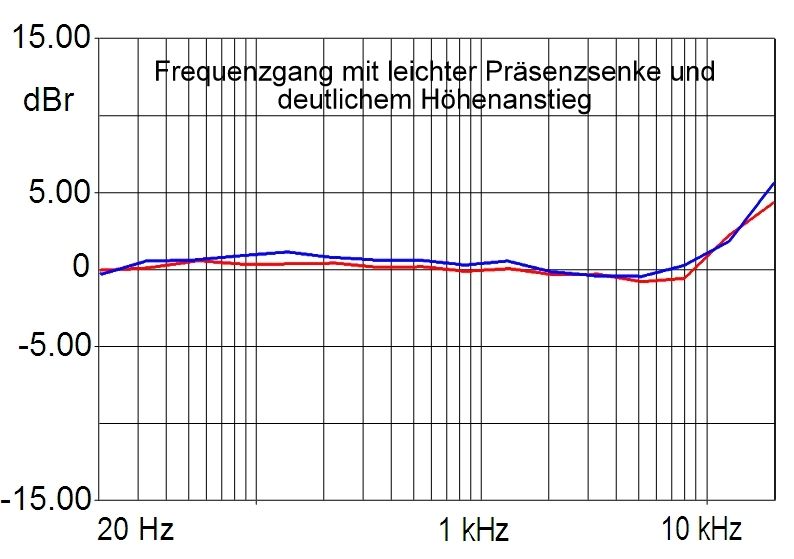 The sextet from Mannheim, Southern Germany, creates atmospherically dense soundscapes in this "Live in the Studio" recording. 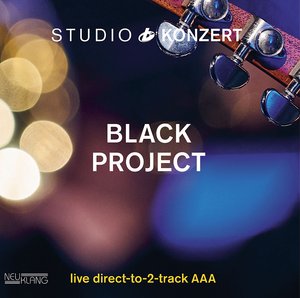 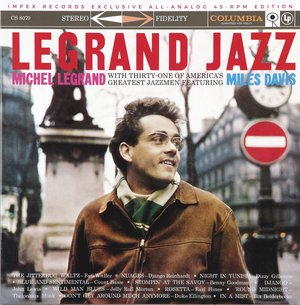 The Family of Hana MCs

Those who want to call a Hana MC their own can spend a considerable amount of money, but do not have to. The product line starts with the low/high output double EL/EH for 450 Euros each, continues with the 650 Euros SL/SH and ends with the advanced ML/MH for 1150 Euros. There is no "high" version of the Umami Red.