Well Rounded – Down-to-earth pricing and skillful workmanship: not the worst prerequisites for attracting attention in the hotly contested turntable market. The Dual CS 518 fulfills exactly these conditions while also aiming to set the benchmark in terms of sound.

You can‘t always rely on your good reputation, you have to come up with something remarkable if you want to stand out and put the competitors in their place. For a price of less than 700 Euros, including the very solid Ortofon 2M Red cartridge, it is important to offer a product that can score with crucial details.

The CS 518 does, for example, not lack a solid and stable frame. Costs were instead decreased by cutting the real wood veneer or other optical extravagances. On the other hand, Dual does provide decent damping feet.

Thus, the focus was rather placed on aspects that are meant to ensure many years of enjoyment with the product. Such as a hardened steel axle for the platter bearing, which is located in a very precisely machined brass bearing bushing. Or the vibration-damped DC motor that ensures a very smooth operation. This motor drives the platter, which is made of die-cast aluminum and decoupled via a polished flat belt. To prevent the platter from turning into a bell – acoustically speaking –, it was equipped with a thick rubber mat for the purpose of resonance damping.

The straight tonearm sits in a full gimbal suspension, a system Dual has been employing for decades. It is also statically balanced and features a very solid aluminum bearing construction with precision ball bearings. Durability and low friction are thereby promised. By replacing the needle insert on the Ortofon 2M Red, you could make it sound even better.

It is also nice to note that the record player has a built-in phono preamplifier that can be switched off. Using it, the signals from the cartridge can also be supplied to an aux or CD input.

A reminiscence of times long past is the setting for 78 RPM. Like all the other speeds, it can even be fine-tuned. The Dual‘s power supply is external and of a rather simple variety, while the player is protected against dust by the included cover.

The supplied small piece of tape aids in pulling the belt off the platter and onto the motor pulley, further simplifying the process. The standard tonearm cable is plug-in and thus replaceable. What we would have liked to see is an adjustment option for the tonearm height. That is – admittedly – really not standard for this level, however.

As expected, setting it up was completed in a few minutes. The haptic feel it offers makes a very appealing and trustworthy impression, considering the price range.

The sensitivity to acoustic feedback and impact noise is quite low.

In terms of sound, the Dual CS 518 managed to convey an idea of what made analog listening a popular leisure activity again in recent years – even among younger people. That was our impression with almost all the records we listened to. The smooth operation is joined by a sound that is direct and straight to the point. Noise and other artifacts are kept away from the signal, i.e. the music, to such an extent that one might speak of an undisturbed pleasure.

We kicked things off with Black Sabbath and their legendary album "Vol4". Powerful and driving rock by the sinister musicians, who present themselves in their best shape on this record. They have created a masterpiece that sounds fresh and musically unsurpassed, to this day, with the song "Supernaut". Of course, what counts here is not to wait for the very last subtlety to get peeled out of the groove; but to experience the emotions in the right moment. To convey that well, you need a turntable with proper timing, which in turn demands good synchronization – as provided by the Dual. It is no less important, however, that all parts of the complete setup, meaning turntable, arm and system, harmonize with each other. Otherwise, unnecessary, sound-damaging resonances might be brought into play. The CS 518 masters this discipline better than many of its current competitors.

Even "veterans" from Denon, Sony and Thorens, which were used for the purpose of comparison, had a hard time standing up to the Dual in this discipline. We particularly noted that while Tom Petty claimed it was "Time To Move On", a song to be found on the wonderful album "Wildflowers". Tonally, the combination of turntable and Ortofon 2M Red was very pleasant. The slight drop in treble beyond ten kilohertz was not directly audible, but still gave the whole performance a slightly warm, very natural tendency.

The system couldn‘t quite maintain the previously mentioned qualities when the Dual‘s built-in phono stage did its job – as opposed to a proper phono MM input in a preamplifier or an integrated amp. Although noise and hum were so moderate that we never noticed them during playback, its dynamic form was less in shape than we would have wished for. Again considering the price range, this was perfectly fine.

Afterwards, we went on an excursion into the realms of jazz, accompanied by big band sounds. Not to forget a gatefold cover that is record-breaking in terms of the amount of information that is offered to the listener therein. A full six pages, densely printed in a small lettering, provide information about intention, musicians – via short biographies –, stereo mix diagram, discography, interview and more, covering everything worth knowing about this album.

While not a sonic jewel, it is still exciting what Thad Jones and Mel Lewis, including support by many others, have arranged on "New Life". The Dual CS 518 did not fan out the events with the final decisiveness, and presented a few passages slightly rounded, as might be expected. It however meticulously avoided letting the sound image become dull and even surprised with a good feeling for the big picture when playing this record.

Another pleasant chapter is added to the glorious history of dual turntables with this device.

Precisely manufactured manual belt-driven turntable with solid standard phono cartridge. In terms of sound, it has a good sense of rhythm, is spirited and yet with a slight tendency towards warmth; it is thus suitable for all types of music. 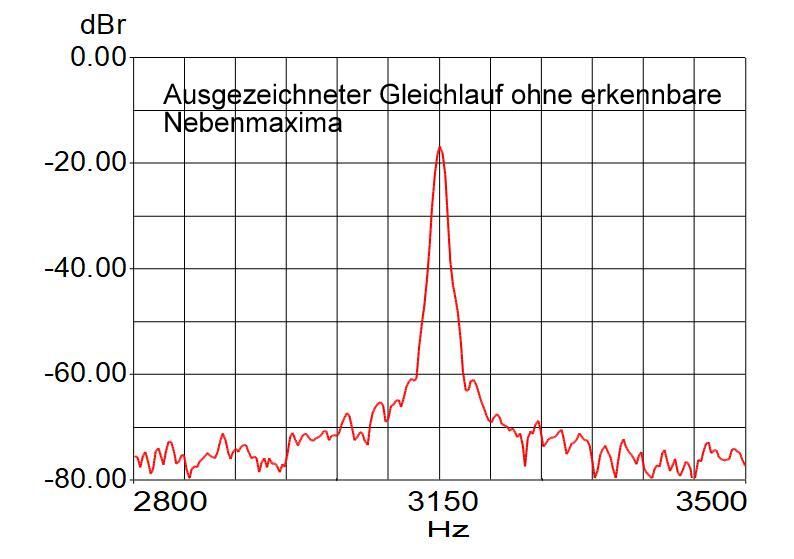 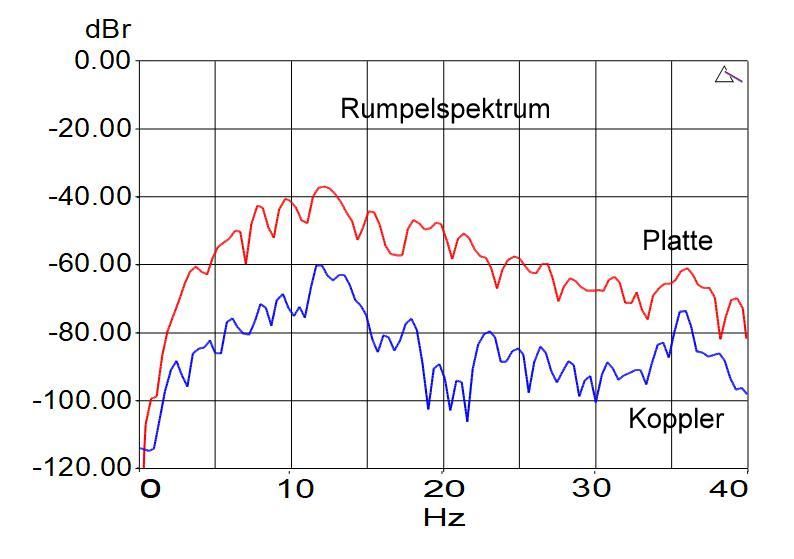 Rightfully award-winning big band jazz album. Getting the vinyl version is a must, even if only because of the fold out cover. 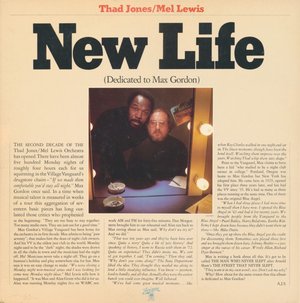