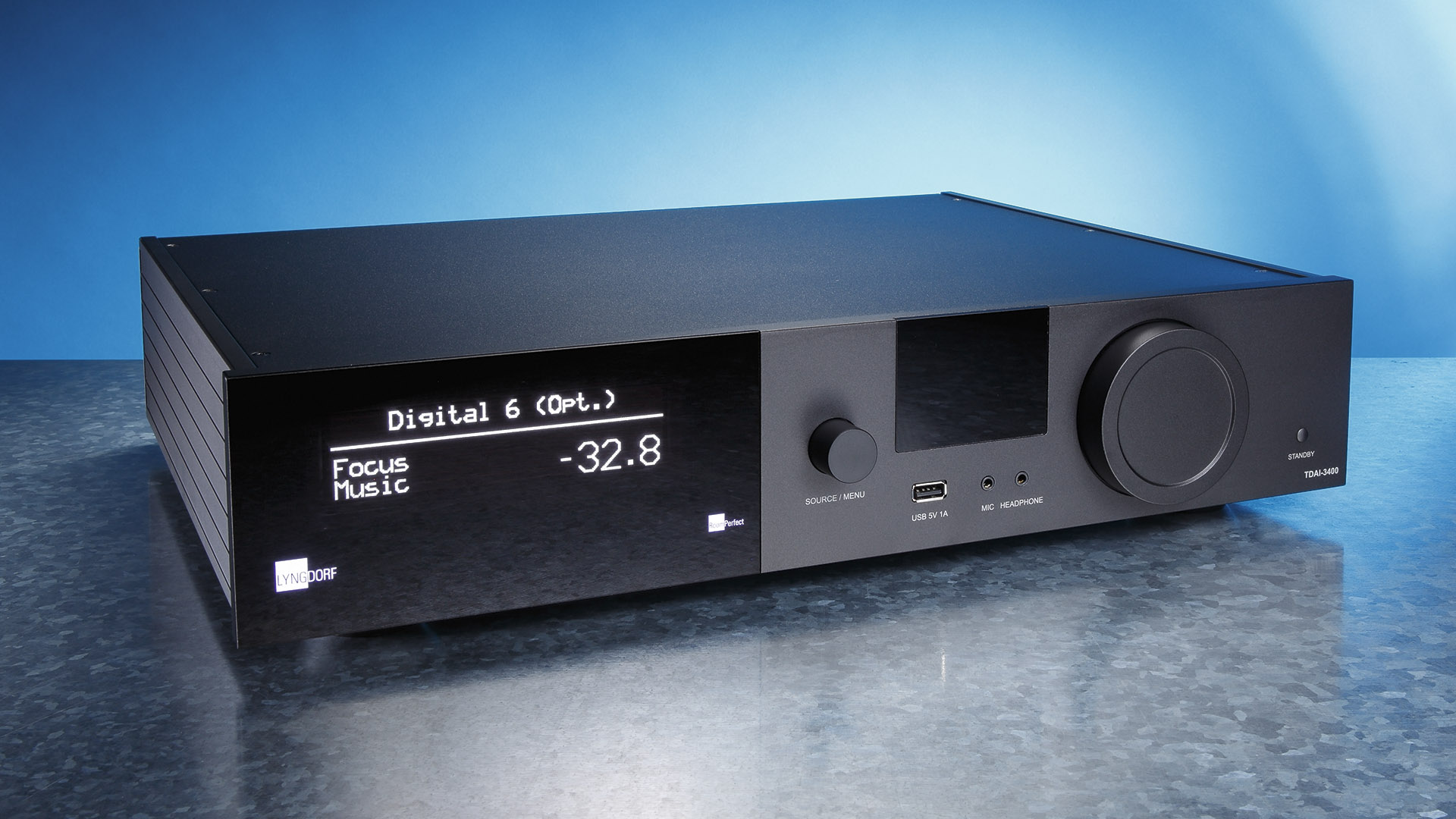 Ahead of Its Time – Already in the late 1990s, Peter Lyngdorf was advocating Class D technology with the "Tact" millennium amplifier. 20 years later, with the Lyngdorf TDAI-3400 integrated amplifier, the technology is more versatile, cheaper and sounds even better.

To describe Peter Lyngdorf as an imaginative engineer and successful businessman, albeit being perfectly true, still just doesn't do him justice. Rather, the owner of the retail chain "HiFi Klubben", which is now also successful in Germany, is more of a visionary, who has been looking for ways to improve the sound in the living rooms of this world for more than four decades and who always tried to keep the price of his solutions within reasonable limits so that a broad public can afford them.

This has always been his philosophy at HiFi Klubben, and as co-owner and developer of the Danish loudspeaker manufacturer DALI, he also had a lot to contribute to the topic. With the "TACT" amplifiers that appeared in the late 1990s, things looked different at first. Already for the basic version 18,500 German Mark where due at the time and it was thus naturally reserved for a small number of well-to-do customers.

At that time, the Tact was convincing both in terms of workmanship and sound – but only when the loudspeaker "fitted". This is a problem that developers of class D amplifiers are having to deal with to this day, as by nature they all react strongly to a non-linear impedance curve of the connected loudspeaker if no countermeasures are taken on the amplifier's side. Nowadays, there are a number of different technical possibilities to solve this problem, however all of them are more or less complex to realize.

Peter Lyngdorf and his team of developers have come up with a way to kill several birds with one stone. Room compensation was already being considered at the time of the TACT amp – and with "Room Perfect" it was thoroughly integrated into the TDAI-3400. Here it not only processes the information collected at various points in the room by the supplied microphone, but also analyzes the sound characteristics of the loudspeaker and immediately corrects the frequency response ripples caused by the interaction between amp and speaker.

Thanks to the measurement results, the electronics virtually learn to "see" the room – a procedure that takes around 20 minutes. All connected sources benefit from this, because any signal is converted into a digital format by the built-in A/D converter, which now also applies to the phono MM input. Because he considers his "Room Perfect" to be absolutely sophisticated, Lyngdorf is also rather sceptical about physical room acoustic treatments. His ideal: two loudspeakers, placed as close to the wall as possible, and one or more subwoofers.

Lyngdorf further expressedly emphasizes that his system is also capable of compensating for asymmetrical speaker placement, which means that the owner can place the speakers where he feels they are visually best fitting, without caring to much about the audio side of the equation. Everything is then calibrated with "RP", and the listening pleasure – whether via an external source or the integrated streaming option – is complete.

We were pleased to note that the TDAI-3400 was conceived and also manufactured in Denmark, which is after all known to be a high-wage country. A decision which proves that it is not always necessary to shift production to the Far East in order to offer products at a competitive price.

The integrated room correction also is not the only technical delicacy of the Lyngdorf. It has also a circuit that analyzes overmodulated CDs – a problem unfortunately often encountered in times of "Loudness-War" – on board that reconstructs them in such a way that harmonics cut off by clipping are minimized and restored. At Lyngdorf, this technique is called ICC, which stands for Intersample Clipping Correction, and which has to intervene with alarming frequency. Lyngdorf demonstrated it to us with files that only contained the clipping parts. Especially with pop music, this was pretty gruesome ...

Of course, any developer who wants to build a really good amplifier has to do his homework on the power supply. The introduction of Class D technology has not fundamentally changed this fact. The only difference is that today in most cases you work with switching power supplies instead of traditional transformers.

Here it is interesting to know that Lyngdorf was able to persuade Bruno Putzeys, one of the world's most renowned digital specialists, who has already done groundbreaking development work for Kii and especially Hypex, to cooperate. So it is not surprising that no voltage fluctuations whatsoever can impress the power supply. Mains filters of any kind should also be superfluous. The power supply has the additional function of controlling the volume. The implemented amplifier technology is based on the ideas that were already introduced with the TACT Millenium.

In the listening room we had a lot of fun pairing the TDAI-3400 with a deliberately asymmetrically positioned Focal Chora 826. The reasonably priced French speaker plays surprisingly mature and dynamic, although not without faults – certainly not in our chosen set-up. However, after the calibration procedure, which corrected the frequency response as well as the time offset, we truly had a completely different loudspeaker before us. It's was also exciting to see how the "Voice" function can be used to change the sound character. By chance you should let your dealer demonstrate this to you!

We listened to the Lyngdorf – without Room Perfect – in comparison to some renowned representatives of the top class, in order to get to the bottom of its sound character. It turned out to be a decidedly musical representative of its guild, scoring points with hard-to-top precision in spatial imaging and focusing, while taking great care to ensure that one was always aware of hearing Aleksandra Mikulska's Bösendorfer in a large room. The passion and expressiveness that the young pianist shows in her playing is as extraordinary as her timing. Completely different qualities were required when Leonhard Cohen sent his recitations, as sonorous as fragile, into the microphone with his last ounce of strength during "Thanks for the Dance". Here it is possible to hear, similar to Johnny Cash's late work, that these musical heroes have at the time of recording already accepted the soon end of their earthly existence. Here, for once, the TDAI-3400 was not ahead of its time, but instead rendered the song with the accuracy in timing of a metronome.

A marvel of modern technology. As an integrated amplifier, it sounds brilliant, but is also extensively equipped and can be expanded with an excellent converter as well as high-quality analogue and HDMI boards. Very good workmanship; turning the volume control, for example, is a delight. 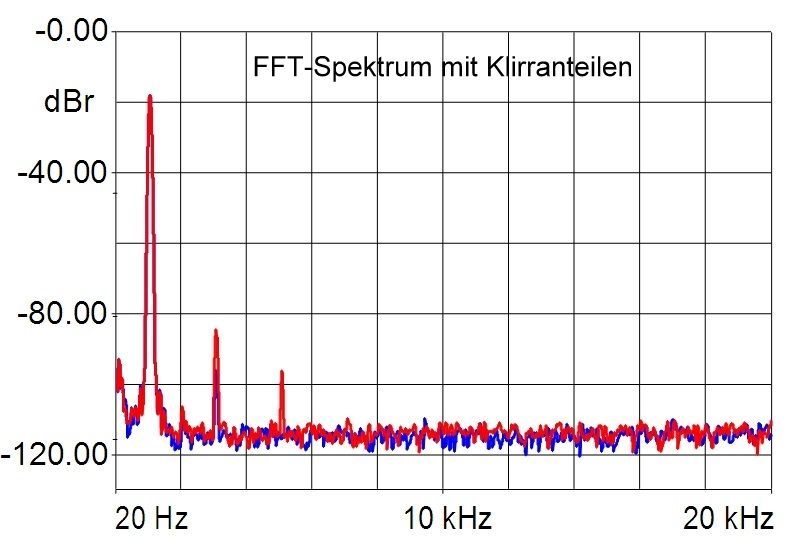 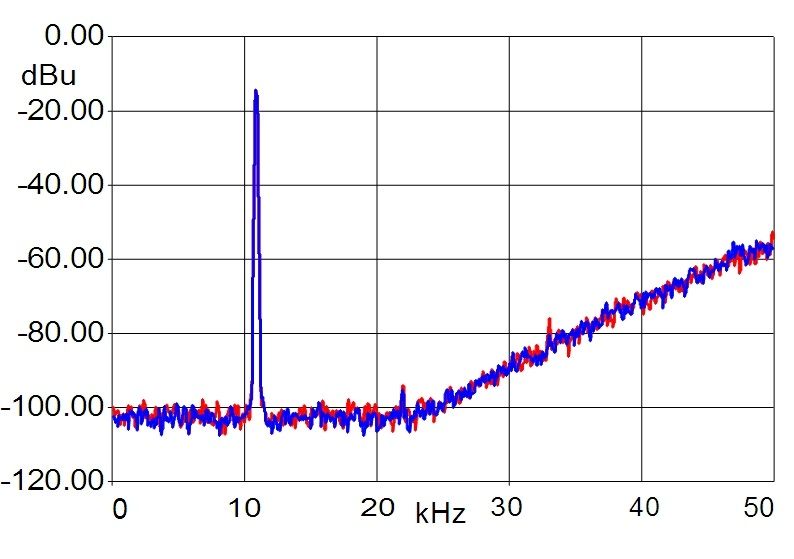 Leonard Cohen – Thanks for the Dance: Even after his death, Cohen continues to impress with his inimitable style and impressive sound.

Aleksandra Mikulska – Souvenirs: What the young artist from Poland performs at Bösendorfer with Liszt is as spectacular as the recording quality.