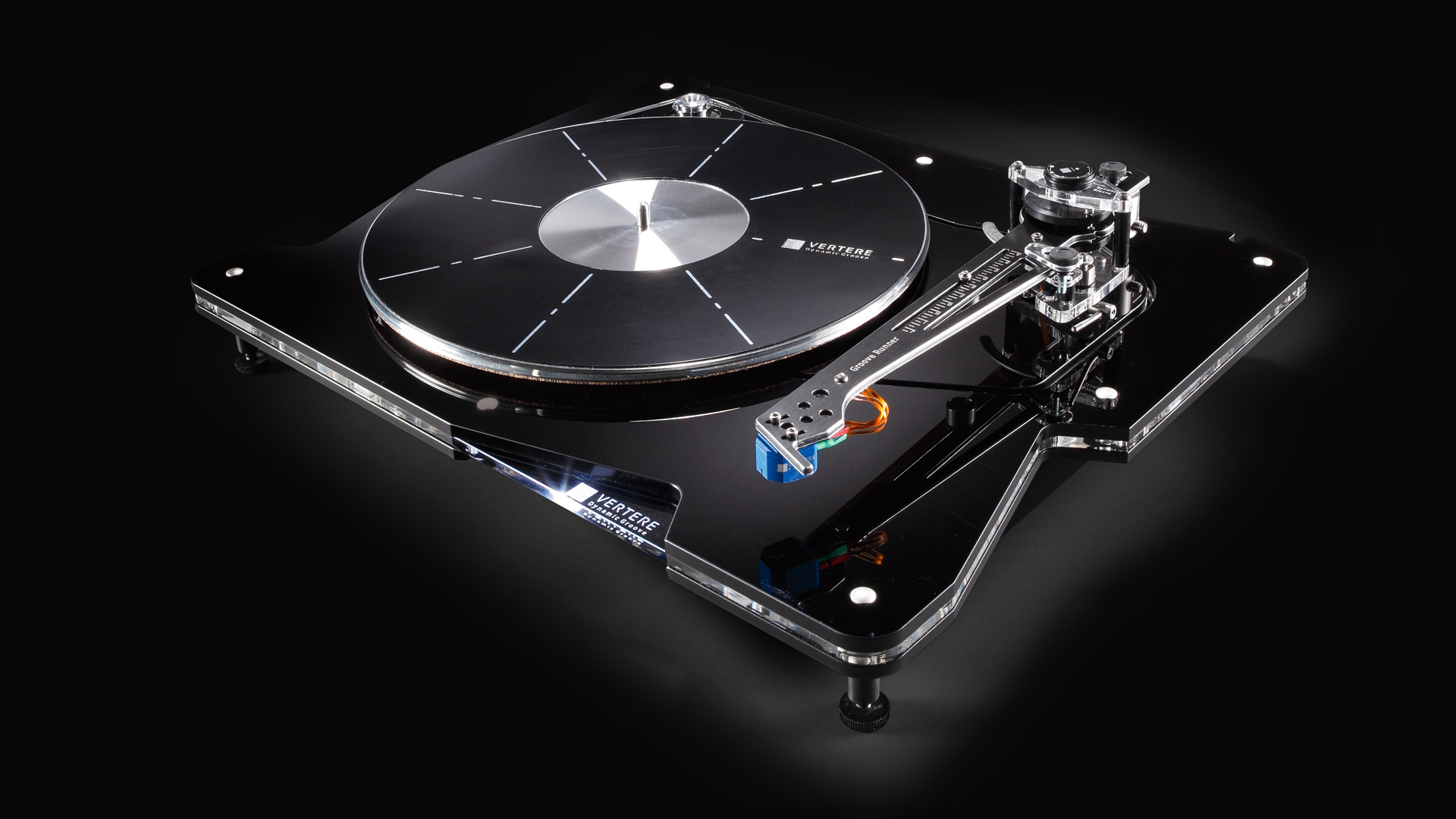 The Free Play of Forces – The DG-1 Dynamic Groove from Vertere differs from the norm in many respects. Does that mean, it is better? Our test will show. In any case, this certainly was an encounter with a truly exceptional record player.

One look is enough to recognize the most obvious characteristics of the Vertere DG-1 Dynamic Groove: the platter, tonearm and even cartridge cables are completely flat. While at first this might seem bizarre, and could easily be dimissed as an oddity, one quickly forgets about this inital impulse, when hearing who hides behind the still rather unknown English manufacturer Vertere Acoustics. In fact it is none other than Touraj Moghaddam, who is one of the big analog masterminds, and who has created some of the most high-class and famous turntables in the past such as several "Xerxes" variants or the TMS under the Roksan brand. If he decided to build the DG-1 like this, then it is certainly worth taking a closer look.

The sandwich tonearm, which uses a mix of plastic and metal is designed to avoid resonances as they are produced by common tube-shaped models. However, the "Groove Runner", as the arm is called, actually offers even more specialties than that: tensioned and twisted nylon threads simultaneously provide for the anti-skating and work as the bearing. Further, a sliding weight, which can be fixed by an Allen screw, runs in an elongated opening and since the actual counterweight, which is decoupled from the arm by a rubber buffer, can only be moved roughly, this very similarly suspended weight is used for fine adjustment of the tracking force.

To us it is however much more important that this small weight can be used for adjusting the moving mass. If the weight is located close to the pivot point, i.e. close to the arm base, it is relatively small and increases the further it is pushed towards the headshell. Thus it is possible to ensure that pickups of varying "stiffness" always find optimal conditions and that the resonance frequency of the spring-mass system is always in the favorable range of around nine Hertz. Admittedly, the compliances of current pickups – especially with regard to their own weight – differ far less from each other than in the past. Nevertheless, this feature offers the opportunity to change tonal nuances within a narrower framework.

In fact, with the cartridges we mounted on the Groove Runner, the depiction became more shimmering, faster and slimmer the less moving mass we chose. The further we moved the weight forward, the more composed, calm and full-bodied the performance became, which makes sense, as the resonance point is thus shifted further down the frequency range. Depending on the individual cartridge and taste, the sound can therefore be "tuned" to one's liking.

Of course, the tracking force must always be compensated with the main weight, for which a precise tonearm balance is necessary. Here, it is absolutely essential that the measurement is done at the exact height of the record, since due to the thread suspension, values are already clearly deviating even slightly above or below this level. Even changing just the anti-skating via the button on the tonearm cover can affect the tracking force. Therefore installing the cartridge on a Vertere DG-1 should probably be handled by someone with a bit of experience.

Otherwise the DG-1 is rather easy to handle. The wide and only eight kilograms heavy player stands on three plastic feet, which are adjustable in height. A circular bubble level for alignment is included. The metal base supports a three-layer plinth of black and transparent acrylic.

The inner part of the top plate is decoupled from this plinth by means of a sub-chassis and polymer dampers – a solution that is typical for Moghaddam. This construction is best suited to absorb higher frequency interferences, since nothing wobbles or shakes. There is also nothing to adjust at this point.

The same applies to the 1.5-kilo heavy platter, which sits loosely on the bearing spindle, which should make it difficult for any noise to reach the record. When loaded on just one side, the aluminum platter with PET coating tilts slightly, however a cork mat on its bottom side prevents scratches in the chassis while also absorbing resonances.

Since there is only little space underneath the tonearm, it is advisable to use pickups with pre-drilled threads that can be easily screwed on from above. Otherwise the installation can get quite tricky.

Especiall handy are two small dots in one of the silver stripes of the platter. The pickup must be moved in the longitudinal holes until its front edge is in line with the silver stripe while the diamond rests on one of the reference points. So the DG-1 brings its own alignment template. Why has no one thought of this before?

Once the tonearm settings are completed, the remaining precedure is easy – the average moving mass for medium-heavy cartridges should, according to Vertere, be achieved when the weight is between "D" and "E" on the scale. The DG-1 is connected via cinch sockets plus extra ground wire.

The Start/Stop button, which is illuminated green (33rpm) or red (45) when in operation, is located on the top, close to the 24-pole synchronous motor which sits with slight play in the direction of pull and drives the platter via a silicone belt. When starting up or stopping, it wobbles slightly around its vertical axis. The Start/Stop button also determines whether the "Vertere" logo, which appears in the middle acrylic layer at the front, remains illuminated even when the turntable is turned off.

Just a gimmick? Certainly! But at the same time a visual finesse that matches the sophisticated technical concept. Instead of being fixed, rigid and immovable, the DG-1 is flexible and elastic in many respects. Its tonal characteristics also unfold, so to speak, in the free play of its forces – and in a rather infectious was. Regardless of which cartridge we installed – around half a dozen of them played on the Groove Runner during our test – the sound was always wonderfully relaxed, unconstrained, sparkling and yet exact as well as incredibly harmonious and with a buzzing fluidity.

Moreover, the DG-1 rightly bears its name "Dynamic Groove". No matter if rough impulses or fine dynamic contrasts like soft guitar noise, which add lively breath to a performance: the Vertere mastered it equally fast and effortless.

Although Moghaddam had adjusted Vertere's blue "Mystic"-MC during the setup – which we liked a lot with the turntable –, this combination seemed to expensive for our purpose. After all the Mystic costs already 2500 Euro by itself. So we found a cheaper alternative without significant loss of quality in the Hana-MC ML or its high output version MH. Both of them also showed what the astonishingly clearly and inspiredly playing Englishman is capable of.

In any case, we have rarely seen a turntable in this price range that is so lively, breathing and appealing. Its bass was profound and agile, and blessed with good contours. The upper registers were radiant and full of nonchalance. All this while always remaining perfectly relaxed. No doubt: Verteres smallest has groove and a fascinating flair. Thanks to its musical instinct there is never a single moment of boredom. On the contrary: The DG-1 awakens the spirit of vinyl.

With this entry-level turntable, Touraj Moghaddam's new brand Vertere landed a huge hit. Thanks to unconventional solutions, some of which he had already thought up at Roksan and is now continuing to develop, he has succeeded in creating a coherent concept that is particularly convincing due to its distinctly detachted musicality. Fundamentally the DG-1 is easy to set up and handle. However, finding the correct tracking force and effective mass requires expertise and careful fine tuning. 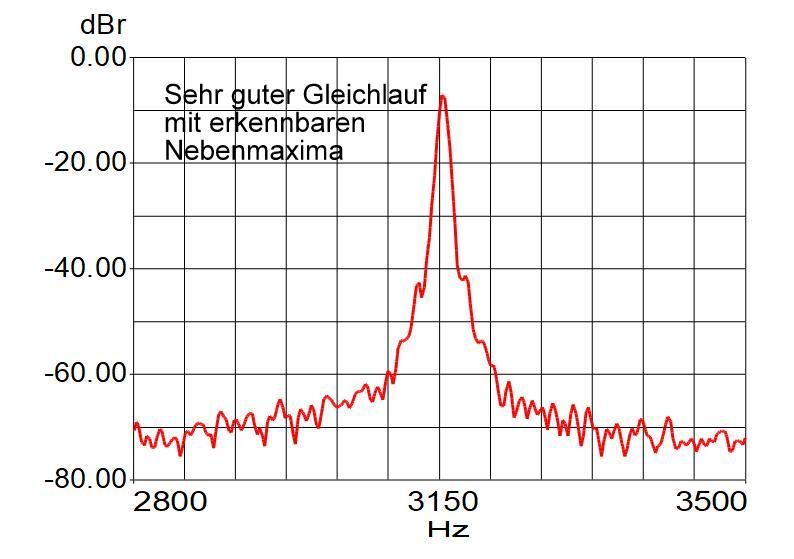 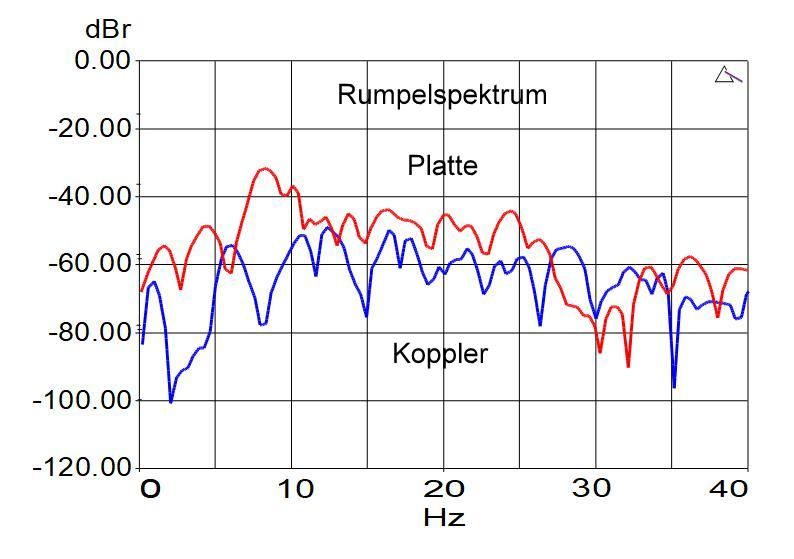 Consistently good values for synchronism and rumble, however the Vertere does not test the limits in both disciplines. Although the DG-1 does not allow fine adjustment of speeds, it was adjusted so precisely ex factory that there was no need for it.